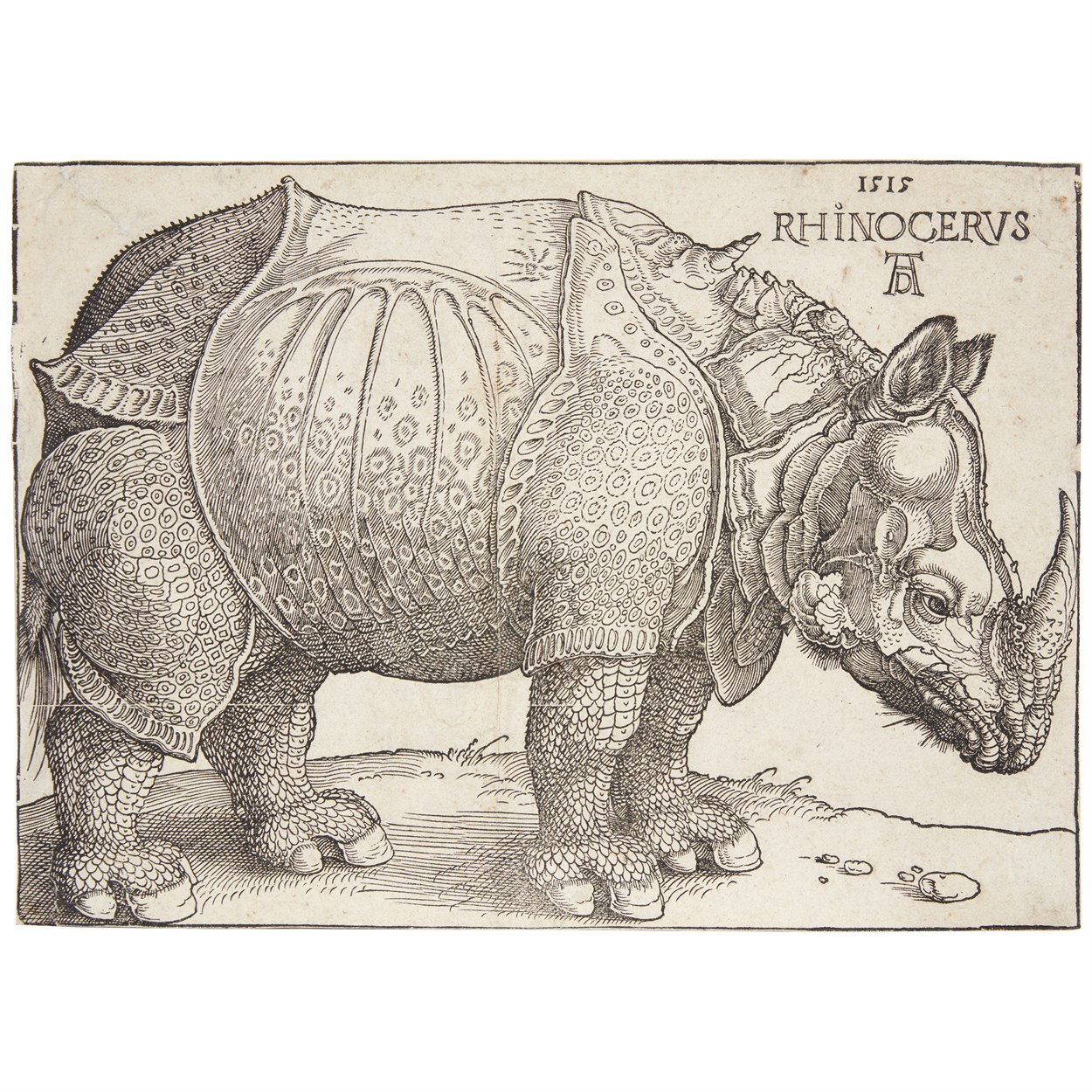 The Rhinoceros is one of Albrecht Dürer's rarest prints. This woodcut, executed in eight states, is a visual record of an Indian rhinoceros brought to Emanuel I, King of Portugal in 1513 and known to Dürer from a sketch by the painter Valentin Ferdinand. In 1515, Emanuel I sent the rhinoceros to Pope Leo X as a gift, though the animal died in a shipwreck. While Dürer never saw the rhinoceros, he refers to it in an inscription in the edition of the print with letterpress text as being "fast, impetuous and cunning." Dürer's Rhinoceros is a highly stylized animal: its heavy skin appears like armor plating, complete with rivets and a breastplate; it has an enlarged horn, a gorget, and a smaller spiral horn on its back. Until the late 18th century, Dürer's depiction of a rhinoceros was widely regarded as being an accurate one.