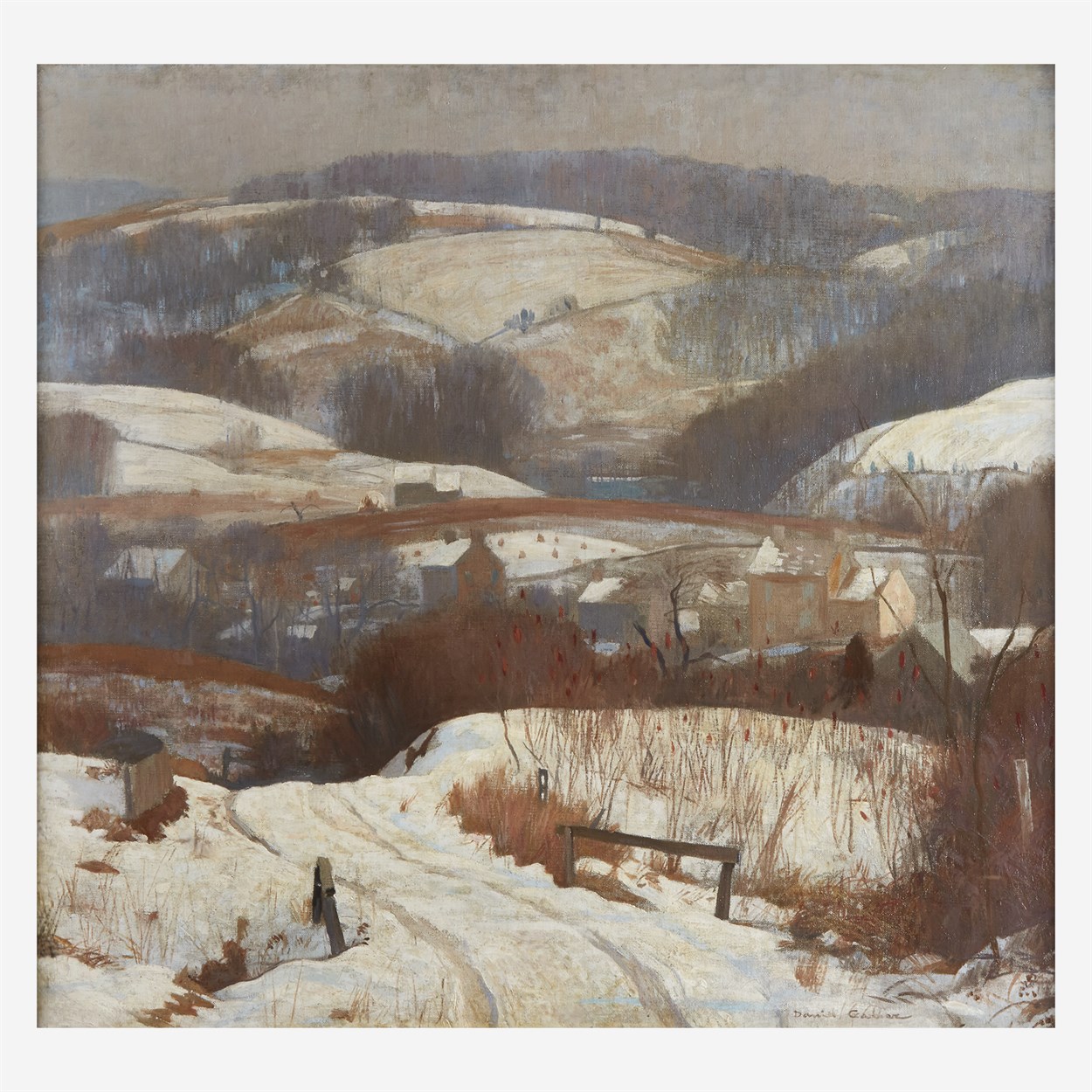 Exhibited
"Special Exhibition of Drawings and Etchings by Daniel Garber," The Corcoran Gallery of Art, Washington D.C., April 17-June 1, 1930, no. 240.
"One Hundred and Twenty-Eighth Annual Exhibition," Pennsylvania Academy of the Fine Arts, Philadelphia, Pennsylvania, January 29-March 19, 1933, no. 319 (illustrated in the exhibition catalogue).

Note
While Edward Redfield, Charles Rosen and Fern Coppedge all enjoyed depicting their beloved Bucks County blanketed in the snow, Daniel Garber made most of his best-known landscapes in the spring, summer and fall. As such, his winter scenes are considered rare. However, the artist admitted that "the earth forms [were] very handsome in late autumn and winter, when the anatomy of the ground is so defined in beautifully toned planes of dead grass, exposed stone, and handsome lines and curves of the turf." Such seems to be the case of the soberly entitled Winter, which presents us with a wide-open view of Kintnersville, a hilly village in the heart of Bucks County. Through the few houses and outbuildings scattered over the expansive landscape, as well as the tracks in the foreground snow, Garber suggests a faint human presence in peaceful cohabitation with nature. In this winter scene, Garber captures the interlocking rectangular, triangular and trapezoidal forms of the farms all covered with snow. Captivated by these shapes, Garber chose to render them in a restricted palette of blues and mauves to suggest a certain muteness of the scene, and to accentuate its overall abstract geometry.