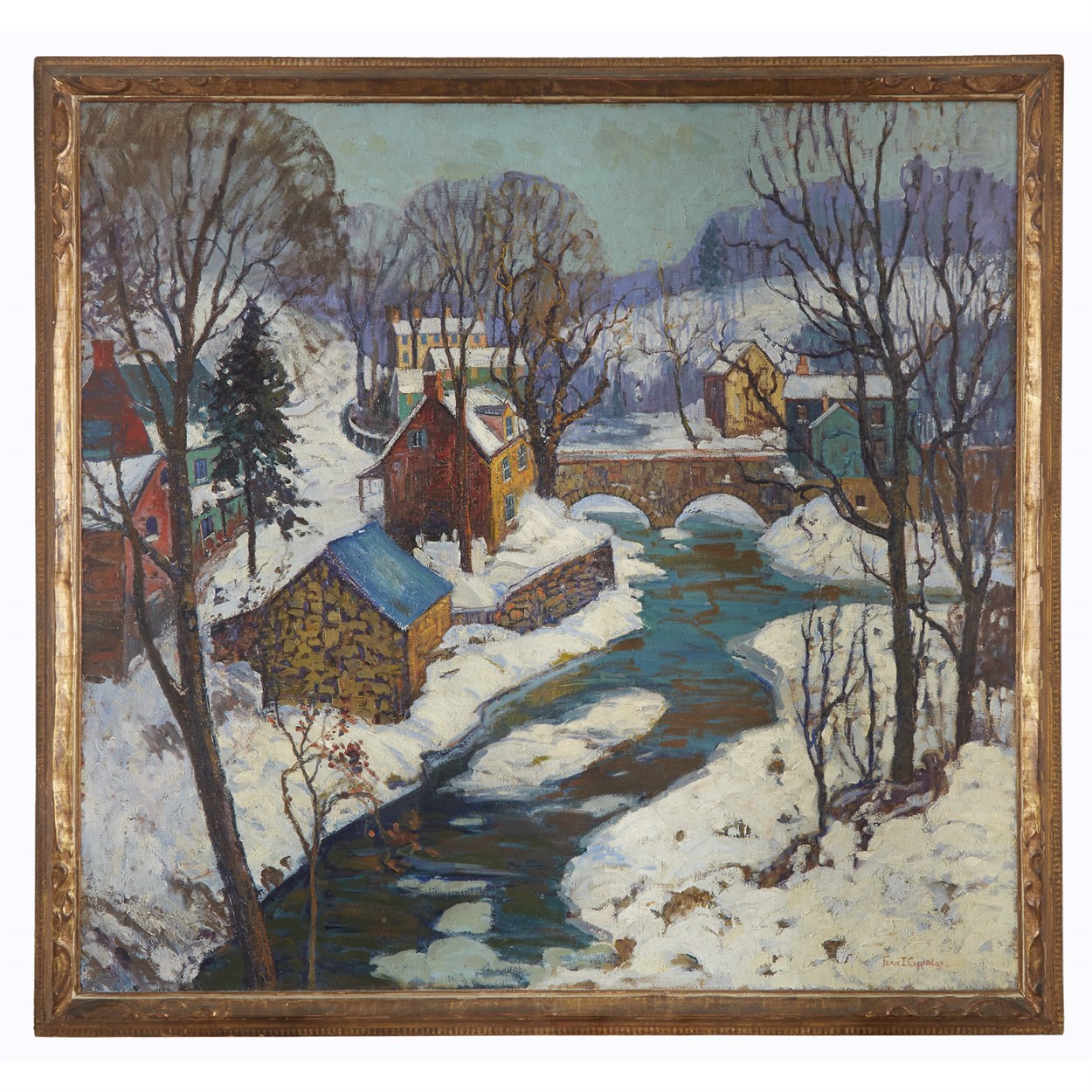 Although born in Decatur, Illinois, in 1882, Fern Isabel Coppedge is considered one of the most significant female artists of the Pennsylvania Impressionist movement. First enrolled at the Art Institute of Chicago, she later studied at the Art Students League of New York, before eventually moving to Philadelphia, where she attended the prestigious Pennsylvania Academy of the Fine Arts. The school and its notable alumni such as Henry Snell and Daniel Garber exposed Coppedge to Impressionism and the burgeoning community of artists along the Delaware River in Bucks County, an hour north of Philadelphia. In 1920, Coppedge purchased her first studio in Lumberville. Nine years later, she built a new home and studio on Main Street in the center of New Hope. Today, Fern Isabel Coppedge is most well known for her bright, warm-hued wintry scenes, which were usually set in Bucks County, along the Delaware River. Like many other Impressionists of her time, she was committed to painting year round en plein-air, and frequently braved the elements in a bearskin coat to capture the subtle effects of changing light, a technique at which she particularly excelled.
The present painting depicts Carversville, a village named after its first postmaster, and situated about forty-five miles north of Philadelphia, in Bucks County. A quaint hamlet, Carversville is currently protected by a Historic District Ordinance which prevents its population from growing much larger or being developed with new homes or businesses. Pictured in the present painting is the Brook at Carversville, a site which Fern Coppedge painted numerous times, along with Edward Redfield and Daniel Garber. Here, the artist once again demonstrates her love for bold colors. She captures the gentle turquoise flow of the Paunacussing Creek, which borders bright houses on the river's banks; all are covered with blotches of deep yellow and shimmering reds. In the background, one can spot the Bridge in Solebury Township, an historic stone arch bridge erected in 1854, which Coppedge treats as a mosaic, singling each squared stone with various shades of red and orange.