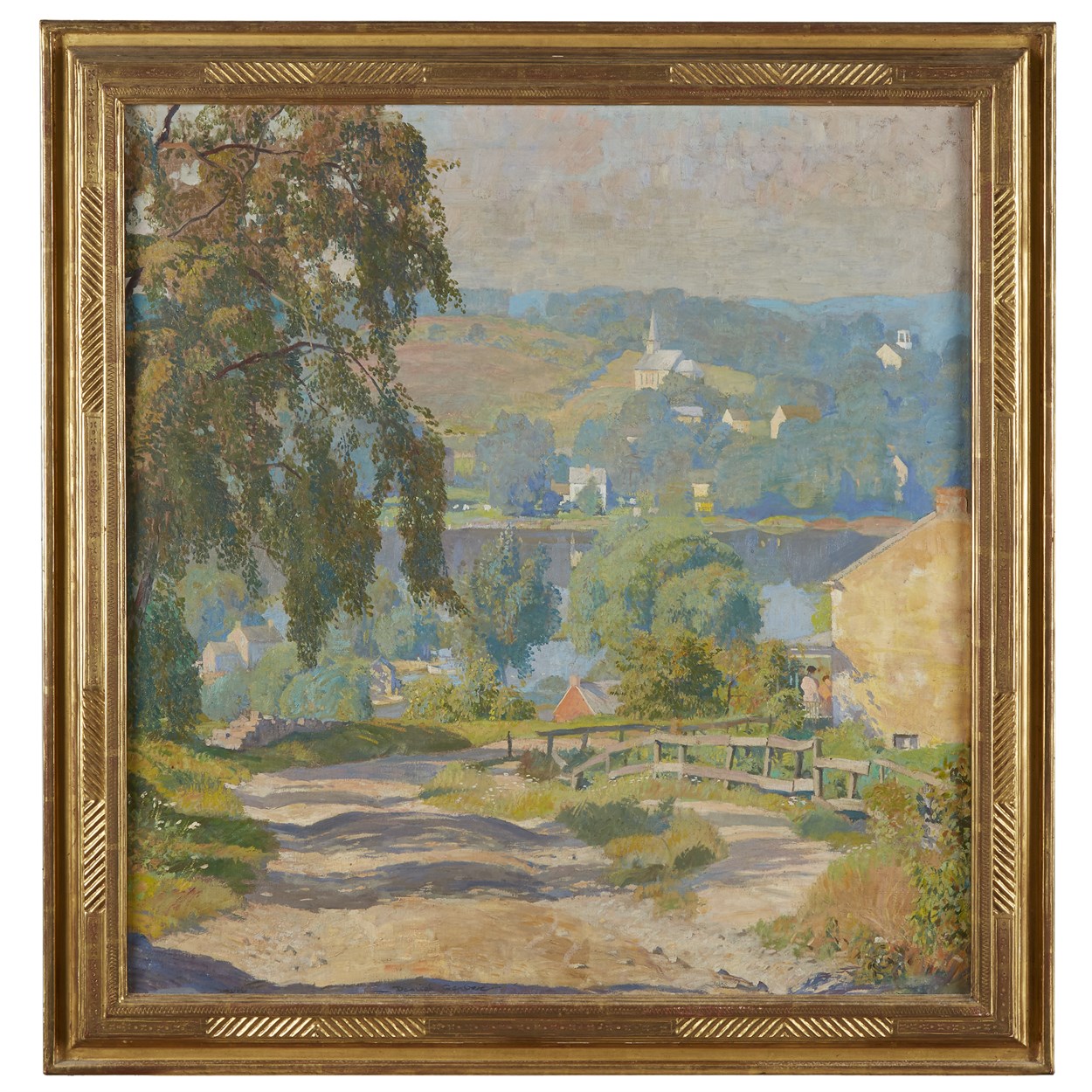 The Artist.
Acquired from the above in 1933.
Collection of Dr. H.M. Ullmann, Bethlehem, Pennsylvania.
By descent in the family.
Private Collection, Massachusetts.

The Artist.
Acquired from the above in 1933.
Collection of Dr. H.M. Ullmann, Bethlehem, Pennsylvania.
By descent in the family.
Private Collection, Massachusetts.

One of the most influential Pennsylvania Impressionists, Daniel Garber usually set his landscape scenes along the Delaware River, in the idyllic New Hope area. According to the Catalogue Raisonné, the artist painted this particular scene in September 1929 from the top of a hill in Lambertville, New Jersey. New Hope, the artist's refuge, can be seen across the Delaware River, the peaked roofs of a church and buildings dotting the hillside. Characteristic of Garber's style, the painting employs a screen of trees and falling shadows to frame the rolling landscape beyond. The warm-hued color palette captures the golden greens and yellows of the season, as late summer transitions to fall. "A Jersey Road" garnered acclaim when it was exhibited two years after completion, giving the viewer a postcard glimpse of the scene that provided a lifetime of inspiration for Garber and his fellow artists in the New Hope Colony.