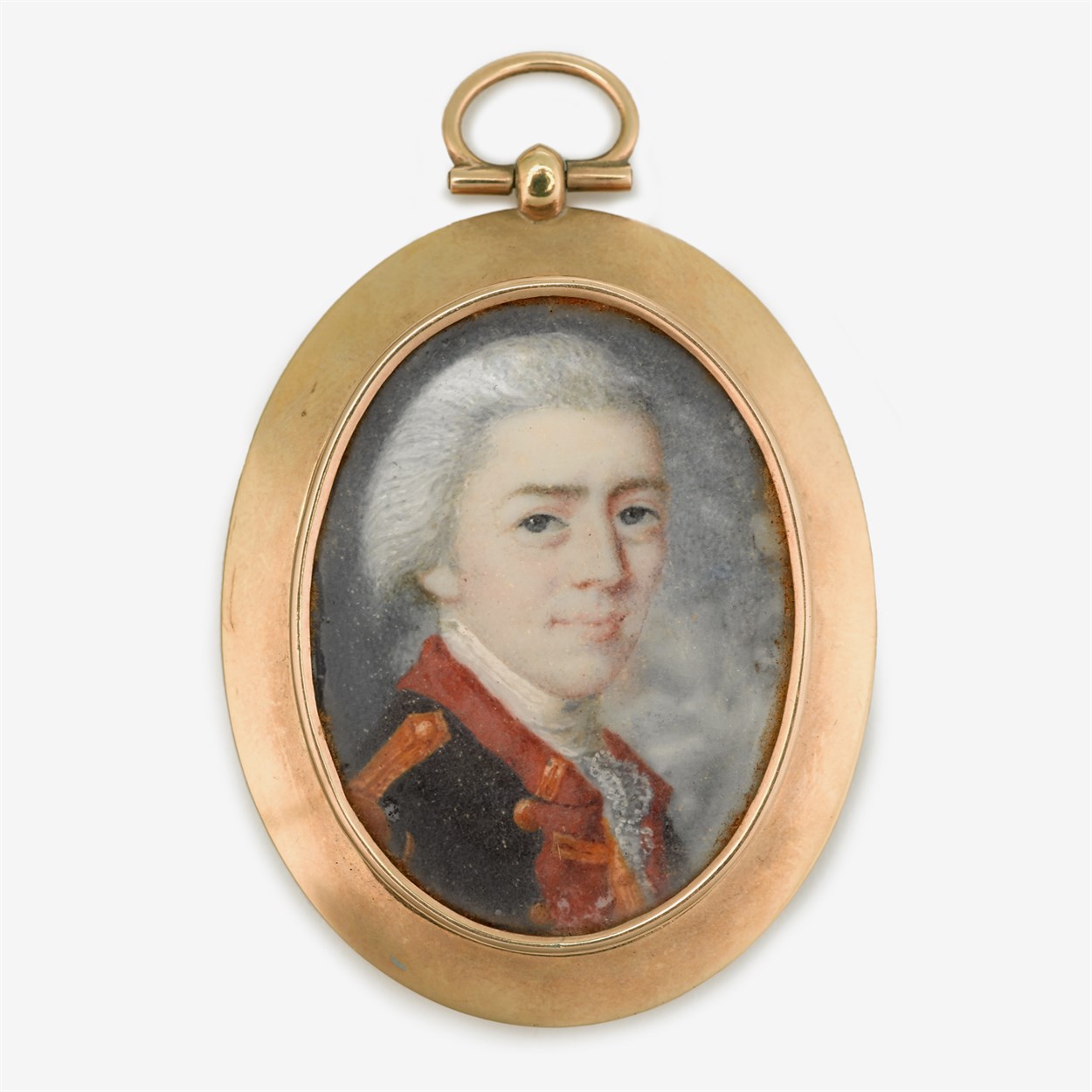 According to correspondence from Lieutenant Colonel Benjamin Flower (1748-1781) to George Washington, dated 1 May 1779, Flower was "on the 16th July 1776...appointed by the Congress Commissary of Military Stores for the Flying Camp in the Army of the United States, in which capacity and that of Assist. Qur Masr Genl [he] acted til the close of that year." On 16th January 1777, he was appointed Commissary General of Military Stores in Philadelphia and Carlisle, with the Rank of Lieutenant Colonel in the Army of the United States; he also served as Lieutenant Colonel in the Regiment of Artillery Artificers. Flower died in 1781 and is buried at Christ Church in Philadelphia.

An original member of The State Society of the Cincinnati of Pennsylvania, Flower is perhaps best recognized for his successful execution of instructions to save the Liberty Bell from British capture during the American Revolution in 1777: “Ordered: that Colonel Flower employ James Worrell, Francis Allison and Mr. Evans, Carpenters, or such other workmen as he may think proper to employ, to take down the Bells of all the public Buildings in this city and convey them to safety.”

In this miniature portrait Colonel Flower is presented in his regimentals as the commander of the Continental Artillery Artificer Regiment; his elevated rank is denoted by his elegant dress as he wears his black-faced red regimental uniform with paired gilt epaulets. Flower is presented similarly, though also wearing a hat and holding a sword, in the full-length portrait by Charles Willson Peale (1741-1827), currently in the collection of the Star Spangled Banner Flag House in Baltimore, Maryland. From 1807-1857 the house was home to Flower's niece, Mary Young Pickersgill (1776-1857)--daughter of Rebecca Flower Young (1739-1819), Benjamin's sister and an early documented American flagmaker. Pickersgill sewed the flag hoisted over Fort McHenry during the Battle of Baltimore in the War of 1812--the inspiration for Francis Scott Key's "Star Spangled Banner." Benjamin Flower is also directly related to Mary Flower (1744-1778), maker of the canvas worked furniture cover offered as Lot 119 in today's sale.