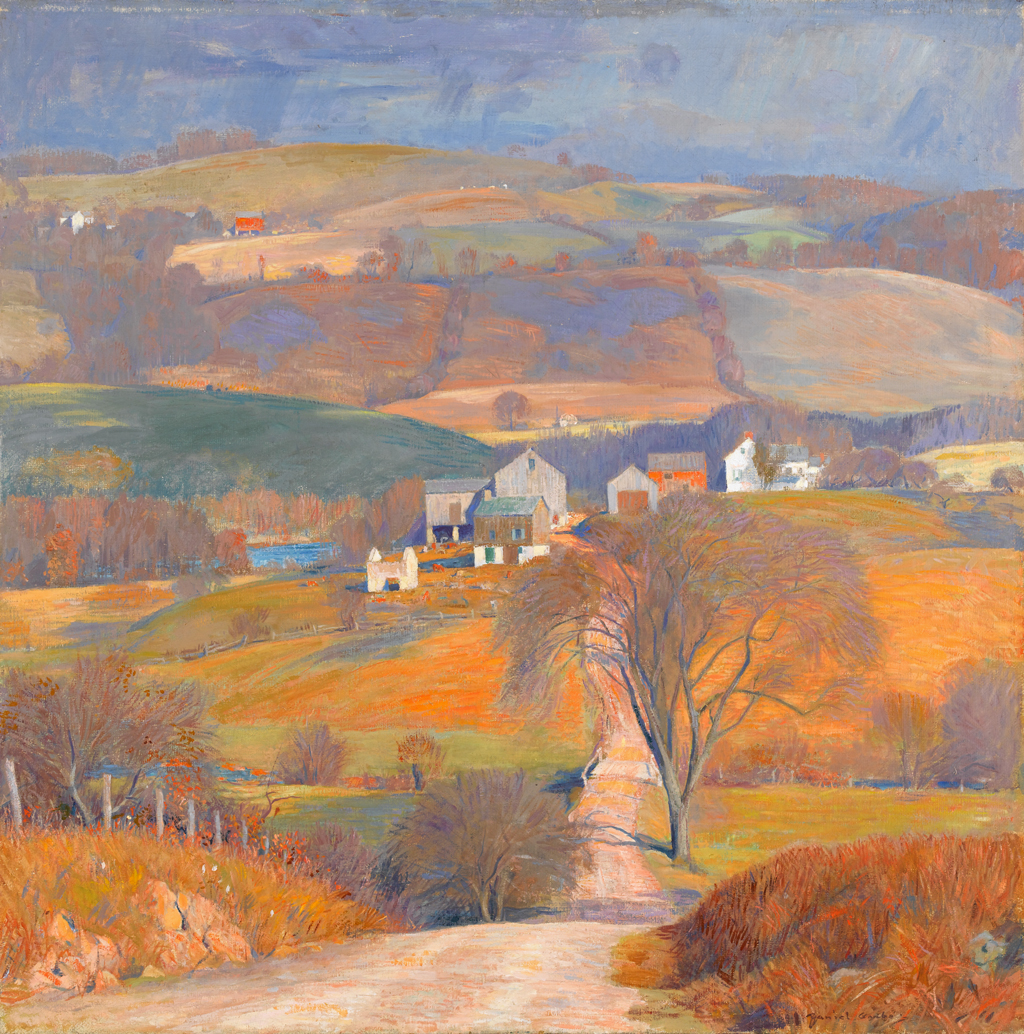 The Artist.
Purchased directly from the artist by Forrest G. Pearson, Jr., Philadelphia, Pennsylvania, 1957.
Acquired from the above by the present owner.
Private Collection, California.

The Artist.
Purchased directly from the artist by Forrest G. Pearson, Jr., Philadelphia, Pennsylvania, 1957.
Acquired from the above by the present owner.
Private Collection, California.

Note
"As the 1920s came to a close, Garber's son, John Franklin Garber, had headed off to college at Lehigh University, located in Bethlehem, Pennsylvania, an industrial town several miles north of the northern boundary of Bucks County. It cannot be a coincidence that at this time Garber began to paint landscapes in the vicinity of Kintnersville, Pennsylvania, a hamlet just off River Road, in the northern reaches of Bucks County. Trips to and from Bethlehem may have brought the artist into contact with landscapes he had yet to explore on canvas. Through the 1920s he had steadily worked his way up the Delaware River, but before 1929 he rarely painted this far north in the county, nor in such hilly countryside.
Beginning in November 1929, Garber explored expansive views of these hilly farmlands in a series of landscapes that are a departure, in terms of composition, from his earlier landscapes. In the majority, a small strip of foreground dips down suddenly and out of view as the middle ground rises from below and ascends to near the top of the composition, as if the artist has pulled the landscape up from the horizon in order to show the scene from slightly above the vantage point suggested by the foreground.
In some of these works, in the middle ground a lone farm rests amid a patchwork of fields. Unlike many of Garber's earlier, more decorative landscapes, no graceful trees delimit the foreground space, which would create a screen through which to view the unfolding scene. These landscapes are wide open from the moment the viewer engages with the painting.
On a more personal level, this landscape might reflect a sense of loneliness appropriate at the time the artist's last child was beginning the process of leaving home. As critics were quick to acknowledge, however, Garber seldom painted anything "cynical" or in a "minor key," perhaps suggesting why his later tilted landscapes, while somewhat stern, are tempered by human activity as represented by buildings and farms.
Several locations appear to have been the artist's favorites to depict in the manner, including two farmhouses with telescoping additions, those featured in Lone Farm (January 1930; cat. p. 578) and Down in Pennsylvania (first painted circa fall-early winter 1934: cat. p. 652). Garber would return to both of these homesteads, to the former in Corn (ca. 1937; cat. p. 694), and to the later in a series of three paintings: Green Pastures (first painted circa 1935; cat. p. 656), Fields in March (1944; cat. p. 789), and Old Farm in the Hills (early spring [late March] 1946; cat. p. 813).
With their houses and outbuildings scattered over the landscape Garber suggested natural growth over time, and an organic connection with the surrounding fields. That he returned to these locations at different times of the year further suggests a cyclical connection with nature. The shapes of these farm structures allowed Garber to insert small cubic forms into the landscape, which in of itself is composed of a loose grid of interlocking rectangular, triangular, and trapezoidal forms." 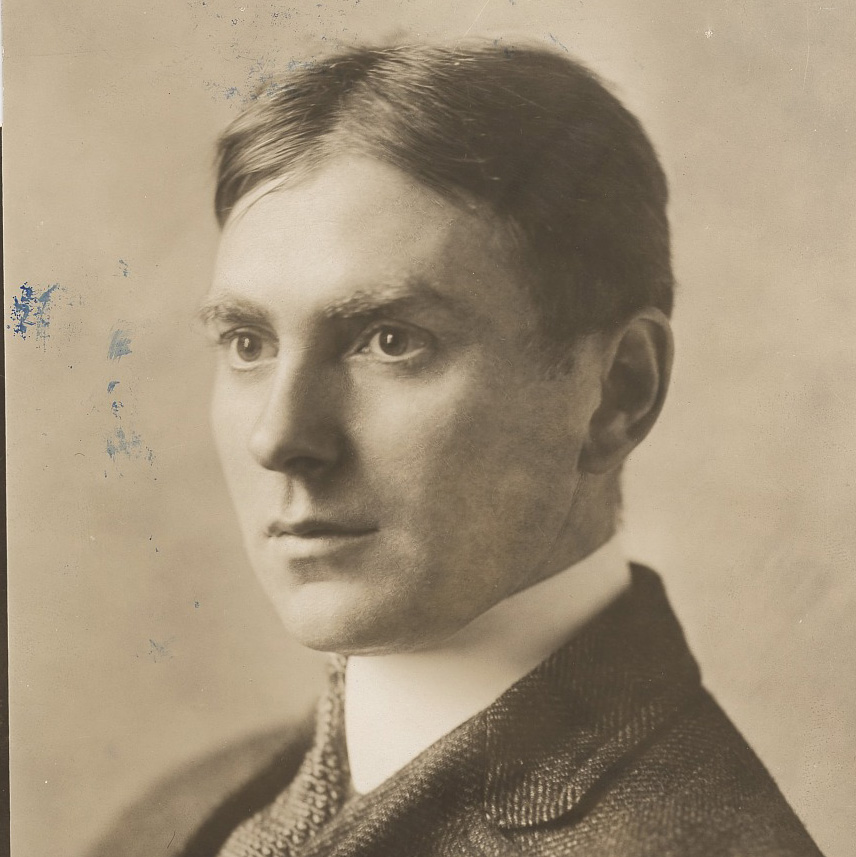