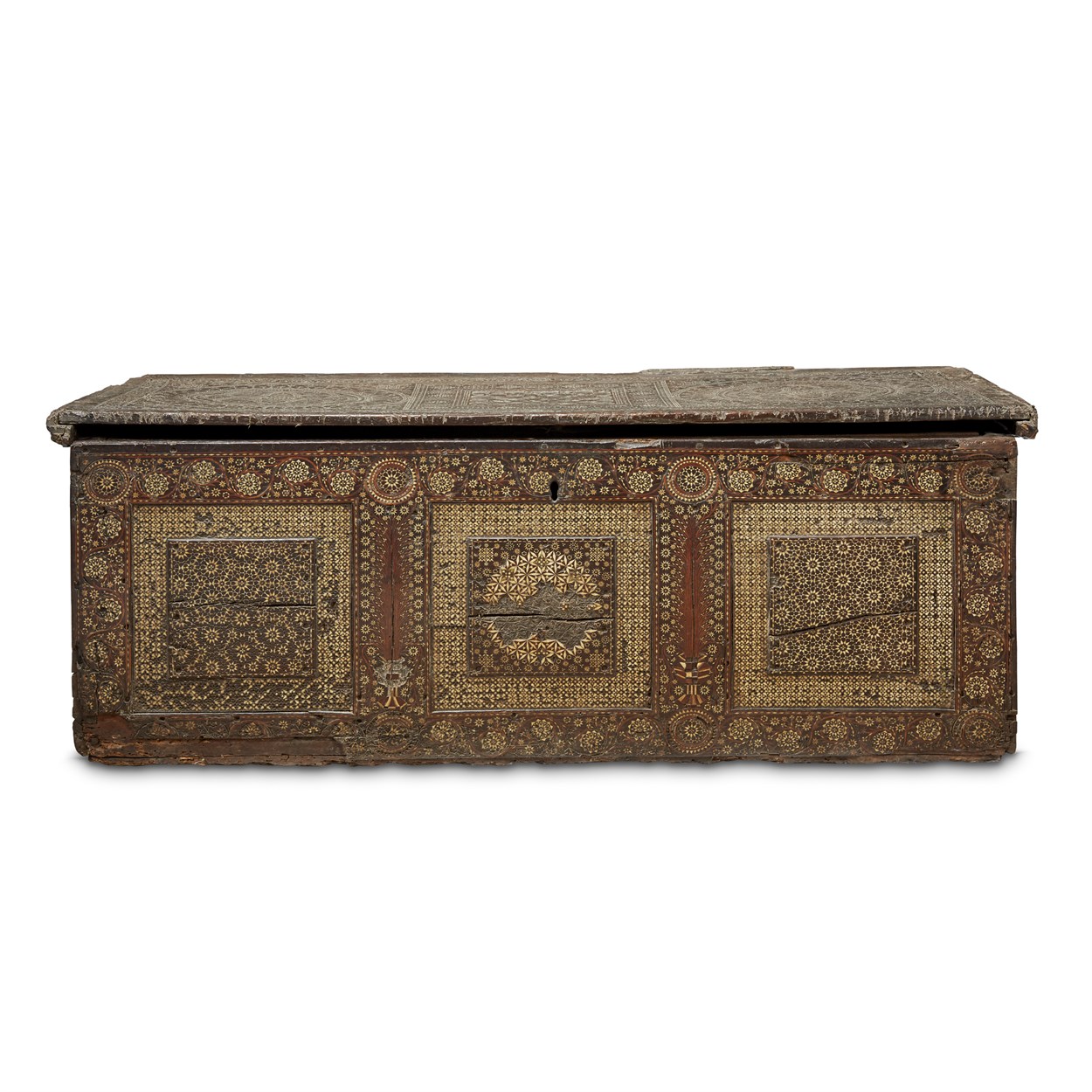 Elaborately geometrically engraved and inlaid to top, front, sides, and interior of lid; base and most interior fittings now lost.

Provenance: The collection of Heinrich Schliemann (German, 1822-1890).
By descent.
Acquired from the above, Athens, 1914.
The Collection of Ambassador and Mrs. Alexander Weddell, Richmond, Virginia.
Deaccessioned by The Virginia House Museum to benefit future preservation, acquisitions, and care of collections.

This early and extraordinary chest, though with extensive losses, bears notable similarities to a Venetian example, circa 1500, at the Rijksmuseum, Amsterdam, object number BK-16629, as well as to an example of Spanish or Venetian origin at the Victoria & Albert Museum, London, museum number 7224-1860. A similar but likely later example was sold Christie's New York, September 27, 2007, lot 191.

The present lot was in the collection of legendary archaeologist Heinrich Schliemann (German, 1822-1890), best known for his discovery of the ruins of ancient Troy in the 1870s. At that time, the chest was attributed to an Arabo-Byzantine origin.

Alexander Weddell served as Consul-General to Athens during World War I, where he became friends with the family of Dr. Schliemann. According to Alexander, "[j]ust before the outbreak of hostilities the Berlin Museum had made an offer for this chest; delivery becoming impossible, it was finally bought by A[lexander]."