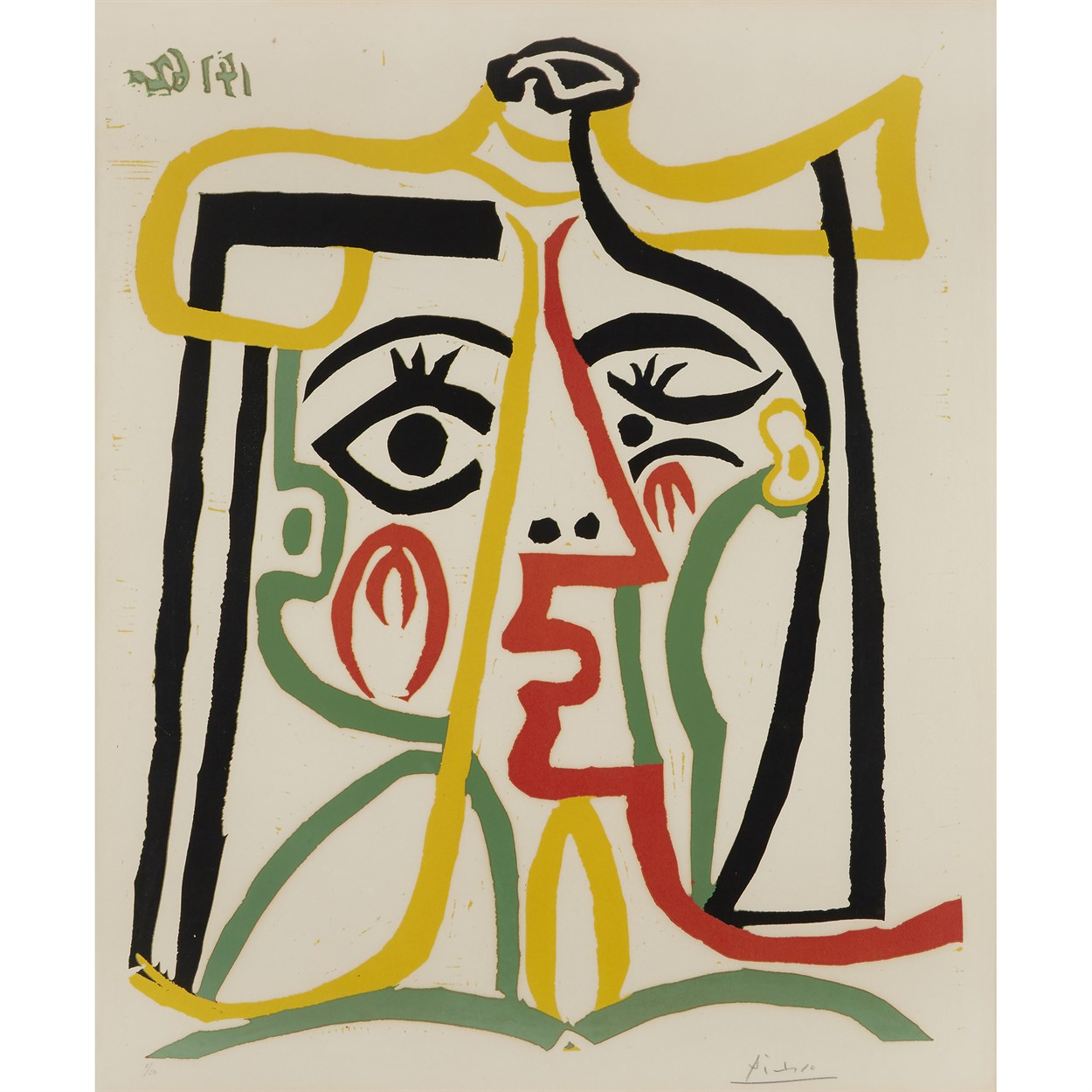 This linocut features a colorful depiction of Picasso's second wife Jacqueline, the muse and prime inspiration for his prolific output in his later years. Captivated by her large almond-shaped eyes, classical profile and long elegant neck, Picasso created more works of art based on Jacqueline than any of his other lovers. Indeed, she was his principal subject during the last two decades of his life, a period that has since been referred to as 'L'Epoque Jacqueline'. The 72 year old artist first encountered the 27 year old salesgirl while she was working at the Madoura pottery studio in the South of France, where he made his ceramics. At the time, he was living with Francoise Gilot and their two children, but he and Jacqueline kindled a romantic relationship that would endure until the artist's death in 1973.