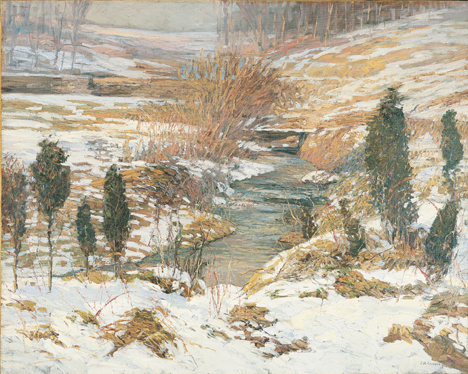 This lot will be accompanied by the original bill of sale from the Panama-Pacific Exposition and other related material including the artist's label.
This painting will be included in the forthcoming catalogue raisonne of Edward Redfield's work being compiled by Dr. Thomas Folk.

The Panama-Pacific International Exposition was held in San Francisco from February 20-December 4, 1915 and was visited by some nineteen million people. As well as serving as a member on the international jury of awards, Redfield was given the distinct honor of a gallery to himself to display his work. Other American artists similarly honored with galleries devoted solely to their work were, Whistler, Twachtman, Tarbell, Duveneck, Chase, Hassam, Melchers, Sargent and Keith. Redfield selected twenty one of his paintings for this prestigious exhibition including "The Briar Patch". 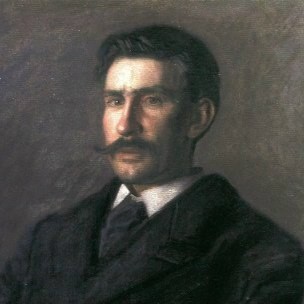