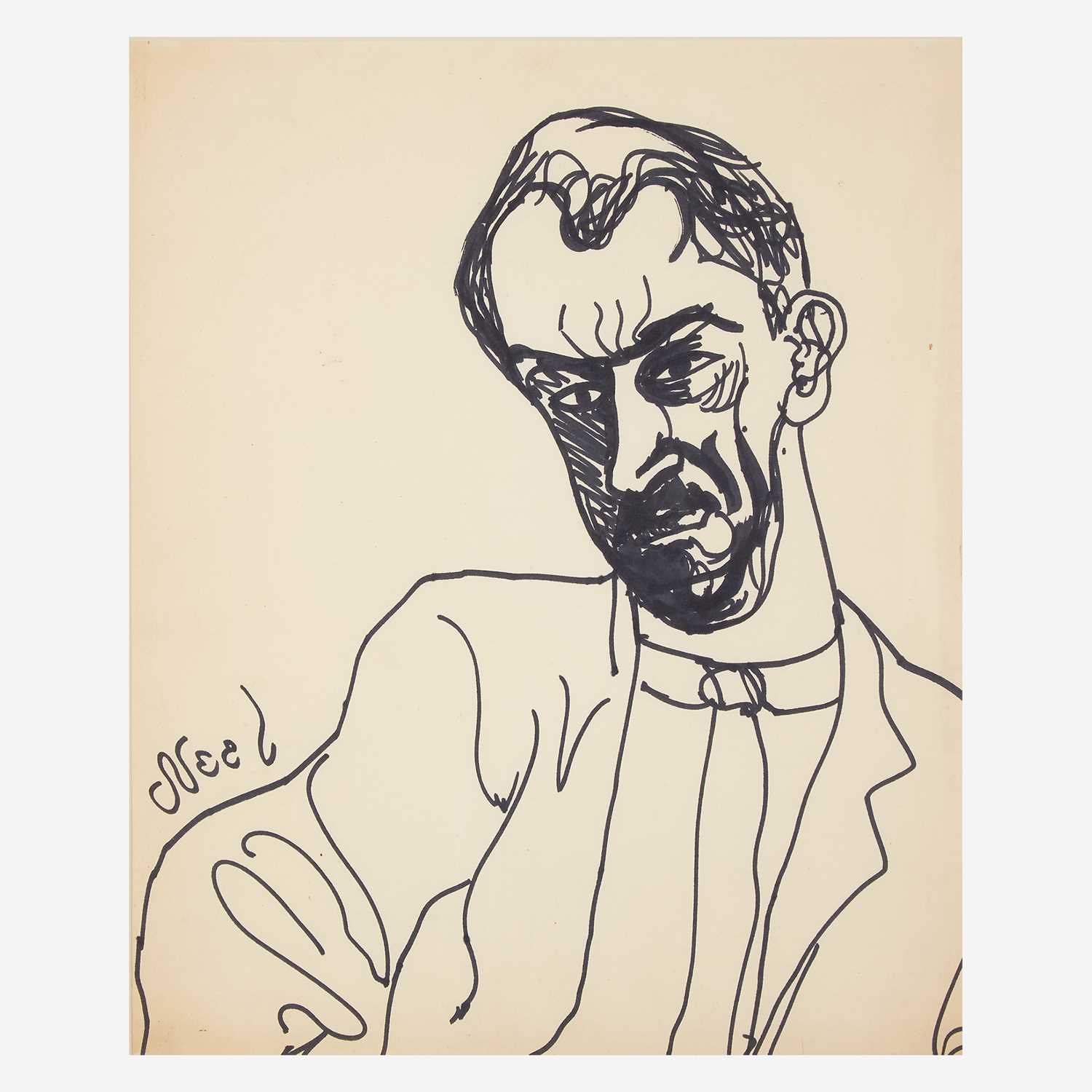 Alice Neel’s expressive portraiture spanned her long career, from the 1920s to 1980s, presenting intimate studies of family, friends, fellow artists and strangers. Her unique perspective explored the female gaze, turning the tables on the archetypical male artist with female models, and was of particular interest when she painted male subjects. A 1998 exhibition at Cheim & Read gallery was dedicated to this idea; titled “Men in Suits,” the show concentrated on these portraits of men in her life. As the accompanying exhibition text explains: “Alice Neel’s men in suits... clearly document an era in American history dominated by the ascension of business, finance, and corporate power, and reveal her astute recognition of important aspects of identity, role playing, and self-concept.” [1]

Phil Bard, the subject of the present drawing, served in the Works Progress Administration during the Depression, as did Neel, and both created illustrations for the American Marxist publications New Masses and Masses & Mainstream. They presumably met during this time, but her painting of him (which was included in the 1998 exhibition), for which this drawing may have served as a study, came later in 1957. Bard was a graphic artist, illustrator and cartoonist, and Neel seems to turn the tables and present a caricature of him, with a vexing expression and rumpled clothing. The drawing shows Neel working with light and shadow and her signature dynamic line, capturing his personality and gesture with her deceptively simple drawing. A current exhibition, “Alice Neel: People Come First,” originating at the Metropolitan Museum in New York in the summer of 2021, traveling to the Guggenheim Bilboa and closing at the Fine Arts Museum of San Francisco in July 2022, speaks to the continuing legacy of Neel’s work and its importance to artists and collectors today.