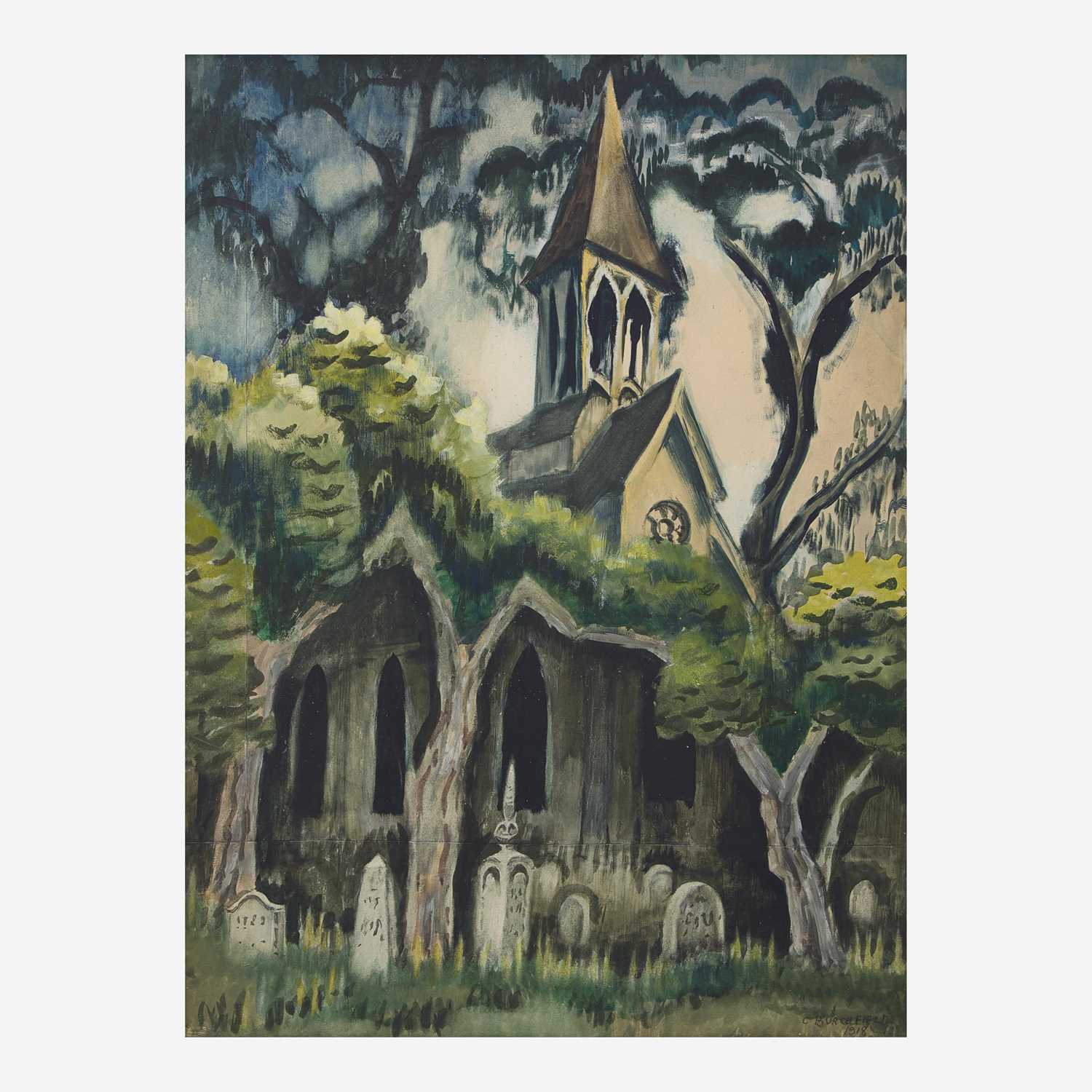 John W. Straus, Charles E. Burchfield: An Interview with the Artist, and Account and Analysis of His Production, and a Catalogue of His Paintings, an Honors Thesis, Harvard University, Boston, 1942, no. 321.
Joseph S. Trovato, Charles Burchfield, Catalogue of Paintings in Public and Private Collections, Museum of Art, Munson-Williams Proctor Institute, Utica, New York, 1970, no. 449, p. 78.

On July 25, 1918, Charles Burchfield was inducted into the U.S. Army, which explains the limited number of works from that period. Although dated from 1918 the present work may posteriorly depict impressions of a two-day trip which Burchfield took on November 24 and 25, 1917, when he travelled to Jefferson, Ohio through Sherwoods, a landscape filled with several isolated churches, which reflect the mood and details of Country Church in June: "a feeling of remoteness" he felt as he listened to “the Country Church bell" and later saw "the church itself a white ghost in the white graveyard." Such haunting feelings may have persisted, and therefore commanded the execution of the work, as in June 1918 the artist recalled his WWI years: "June found me enchanted by blind-eyed houses and magic forests. The Army came closer and music commenced to have a sad faraway sound and I thought of my childhood days when flowers used to have thoughts of an evening at the sound of the church bells."