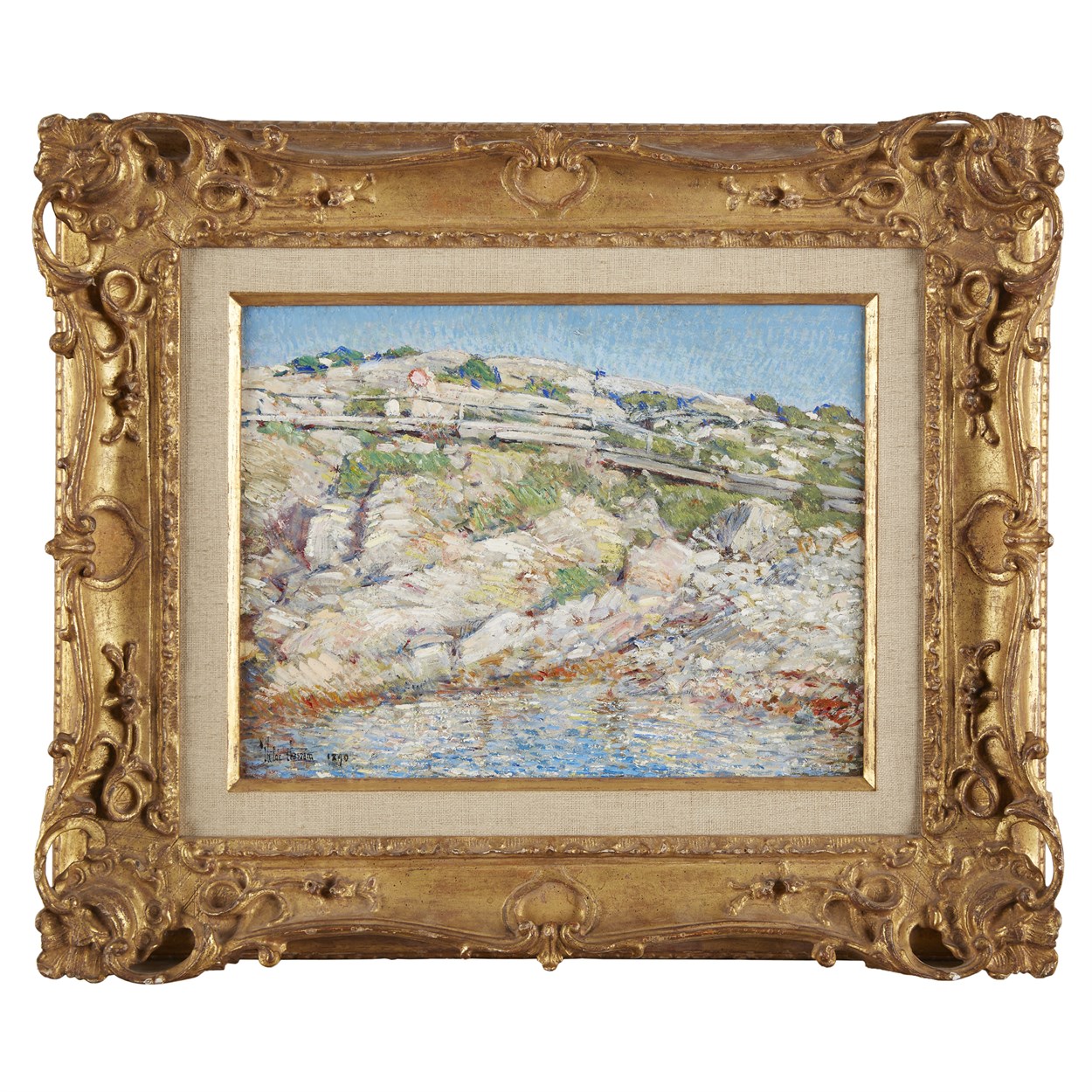 Frederick Childe Hassam was born in Boston in 1859. As a child, he attended the oldest public elementary school in the country, where his inherent artistic talent first appeared. He worked as an engraver and as a draftsman during the late 1870s after leaving high school. In the early 1880s, Hassam worked as a freelance illustrator, and his work appeared in multiple publications, including Harper's Weekly. He took drawing and painting classes, though by then his preference for watercolor had overtaken other media. It was through his studies at the Boston Art Club that Hassam went to Europe; first for two months in the summer of 1883, to travel the continent, study, and produce art. The artist returned again just three years later, settling in Paris in an apartment in the ninth arrondissement; he would eventually occupy the former studio of Pierre-Auguste Renoir (1841-1919), though the two never met. Hassam enrolled in formal drawing classes at the Académie Julian, studying briefly under Jules Joseph Lefebvre (1836-1911) and Gustave Boulanger (1824-1888), before withdrawing from the school to pursue his own path of self-guided study.
Well known for his street scenes depicting everyday life in cities like Boston, Paris, and New York, Hassam left the urban behind and spent his summers in the idyllic retreat of Appledore Island, in the Isle of Shoals, off the coast between Maine and New Hampshire. Hassam first visited the island in 1890, and would return regularly until 1916. The location was a haven for an informal colony of artists, writers, and musicians, lead by poetess Celia Thaxter (1835-1894), who held a standing salon in her home there. A joyful mood seems to have always pervaded this private assembly. A femal guest who spent the summer of 1893 in Hassam's company referred to the group as a 'jolly, refined, interesting and artistic set of people... like one large family." (quoted in Ulrich W. Hiesinger, Childe Hassam American Impressionist, 1994, p. 78). While Hassam's New England roots are evident in the body of work he produced over the course of his life, they are never more apparent than in the paintings and watercolors he produced during his trips to Appledore and later to the coastal towns of Gloucester, Old Lyme, and Provincetown. According to David Park Curry, "Appledore was a place where the imagination could florish." (Childe Hassam, An Island Garden Revisited, 1990, p. 13). Hassam chose to paint late into the summer season, as the island emptied of tourists, preferring the authentic quietude of the Shoals to the bustling high-season crowds; many of his works from Appledore are unpopulated. "The Walk Around the Island," executed in 1890, depicts the steep, rocky coast of his island refuge. With a loose, free brush, Hassam here enlivens the inhospitable rock through bright strokes of color. Three small figures ascend the dilapidated, bleached wood walkway, a parasol raised to the bright summer light. Many tourists would explore the secret coves of the island through the "two-mile-gravel-and-plank road that ringed the shore" (John Coffey, American Childe Hassam and the Isles of Shoals, p. 43), which is depicted here. Some of Celia Thaxter's guests had the habit of walking on it every afternoon after lunch.
This painting will be included in Stuart P. Feld's and Kathleen Burnside's forthcoming Catalogue Raisonné of the artist's work. We wish to thank Ms. Kathleen Burnisde for her kind assistance in cataloguing this lot. According to Ms. Burnside, the brushwork of the present lot is unusually impressionistic for this period of Hassam's career. It is more characteristic of his later works around 1899. It is therefore possible that the date of '1890' has been enhanced, or perhaps added at some point by the artist at a slightly later date. 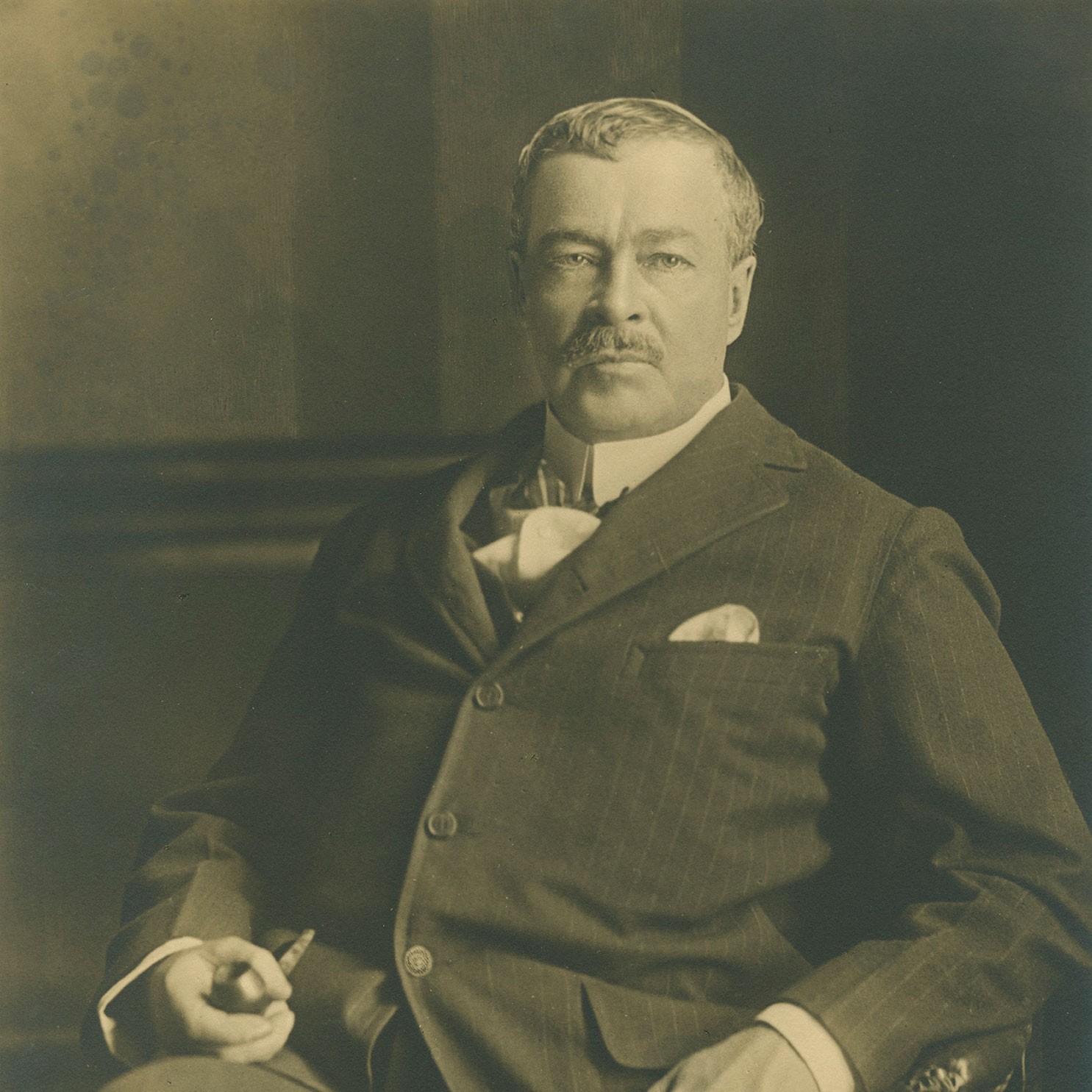