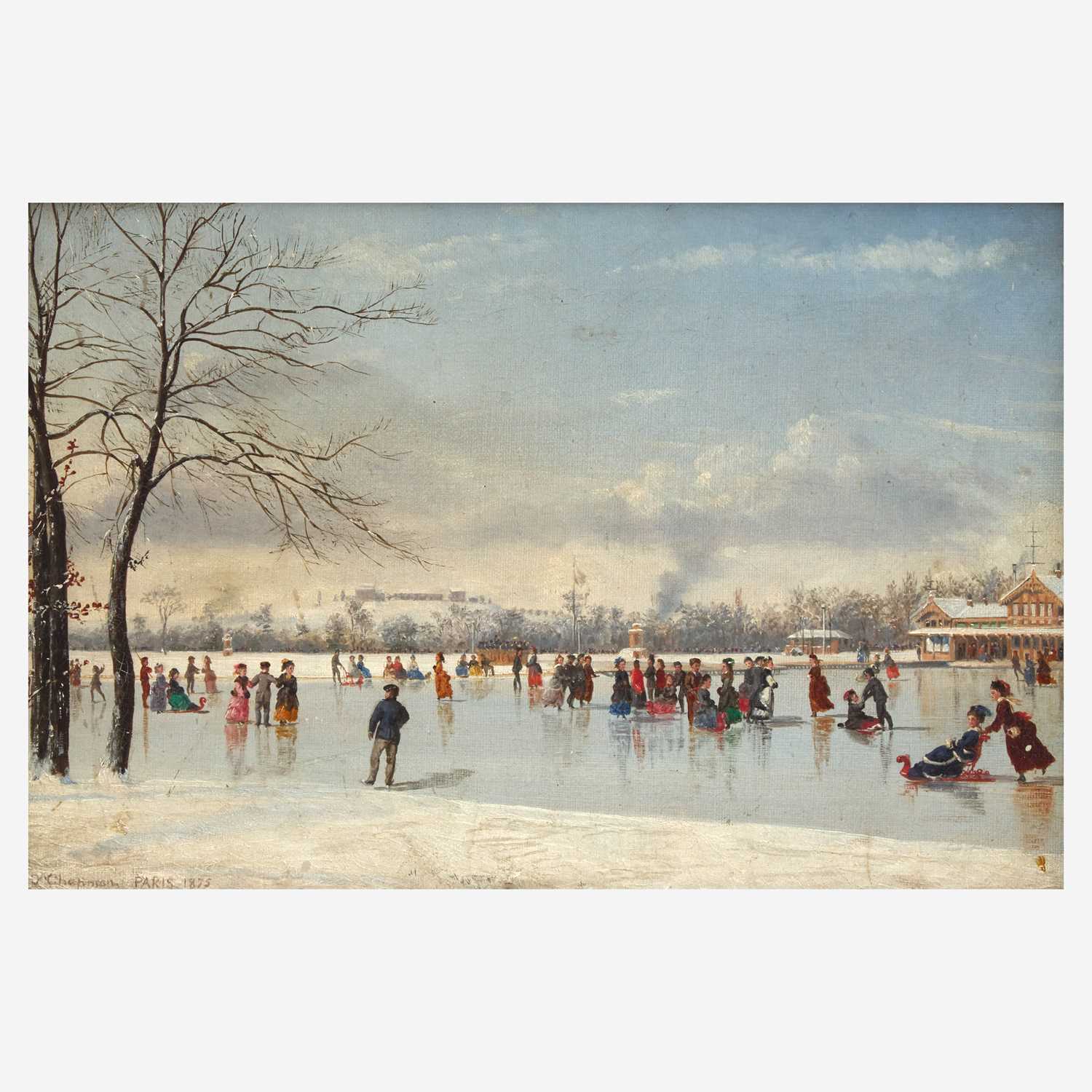 Born into a family of artists, Conrad Wise Chapman was exposed to painting from a young age. His father, John Gadsby Chapman, took the family on an extended trip to Europe where he trained both of his sons in art. By the end of 1850, both boys were successfully selling paintings depicting Roman landscapes and popular attractions. After the Civil War broke out in America, Chapman left his family to enlist in the Confederate Army. He suffered a head wound in 1862 at the Battle of Shiloh, leaving him incapacitated for a year. In light of his injury, he was reassigned to the special duty of making pictorial records of fortifications and weapons. After the war ended he travelled to Mexico and dedicated himself to painting the local landscape, becoming the first American to do so. These paintings became some of his most well known works. After his time in Mexico he moved back to Europe, spending much of his time between Rome and Paris. It was during this time that he painted the playful scenes of people in the park. Afternoon Skate depicts ice skaters on the Bois de Boulogne. Once a forest and a national hunting preserve, it was acquired by the city of Paris in 1852 and became part of Napoleon’s revitalization of Paris. The park was designed to entertain and contains the Longchamp racetrack and the former town of Auteuil. A popular subject matter for many Parisian artists, Chapman has perfectly captured a winter’s day outing.