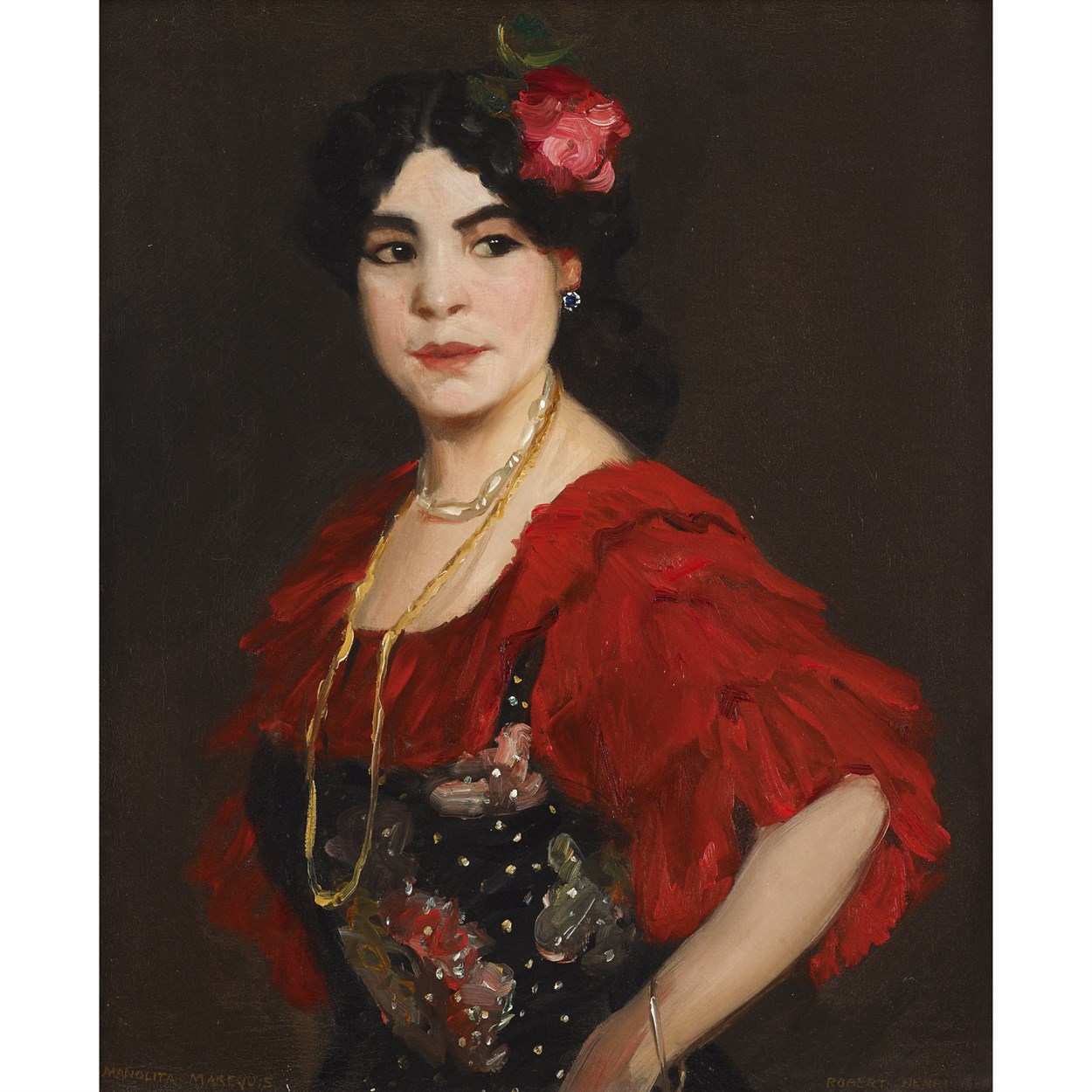 Robert Henri is best known as the most prominent and celebrated member of the Ashcan School, whose artists differentiated themselves from the American Impressionists by focusing on urban realism. Rather than depicting idyllic landscapes in bright colors, Henri and other Ashcan artists such as John Sloan, Everett Shinn, William Glackens and George Luks espoused the notion of creating "art for life's sake" rather than "art for art's sake". This meant portraying urban people and settings, particularly New York's streets, restaurants, theatres, and lower class neighborhoods, often using gestural brushstrokes in a predominately dark color palette.
Henri frequently traveled to Spain, particularly between 1900 and 1926. During that time he painted a large and significant amount of works depicting Spanish people and their everyday life. Henri's portraits present a dynamic and diverse range of the country's society and include such figures as dancers, street performers, bullfighters, peasants and gypsies, skillfully capturing the spirit and essence of each individual.
In 2014 Telfair Museums in Savannah, Georgia organized a travelling exhibition of Henri's work entitled "Spanish Sojourns: Robert Henri and the Spirit of Spain". Before this exhibition, many of the works from his Spanish oeuvre were lesser known than his others, primarily because so many are owned privately, or were acquired by museums soon after they were made. "Manolita Marequis" is an excellent example of a privately owned work that embodies Henri's fascination with Spanish subjects, including dancers. Her striking red and black floral dress and vivid rose in her hair are matched only by her commanding expression. An exotic beauty, her bold features immediately demand the viewer's attention and the dark background and animated brushstrokes add to the painting's appeal.