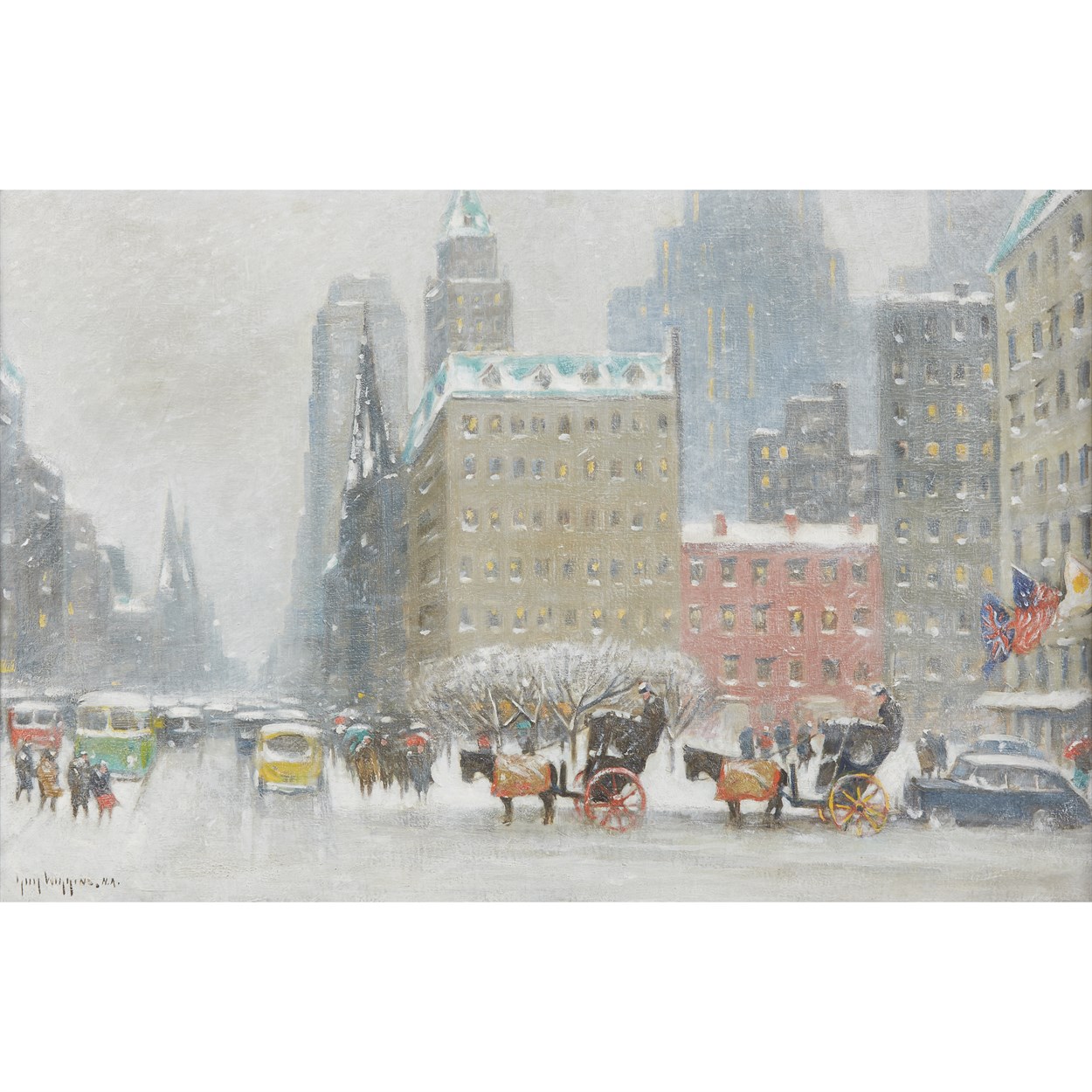 A letter from Guy Wiggins, Jr. confirming the authenticity of the present work will accompany the painting.

The son of an accomplished landscape painter, Impressionist Guy Carleton Wiggins was born in Brooklyn in 1883 and spent his early childhood in Cornwall, England. He first studied with his father, Carleton Wiggins, and later at the National Academy of Design under the tutelage of famed American painters Robert Henri and William Merritt Chase, both alumni of the Pennsylvania Academy of the Fine Arts. In 1903, at the early age of 20, Wiggins became the youngest American artist to have a work of his accepted into the Metropolitan Museum of Art's permanent collection. He was also one of the youngest members of the Old Lyme art colony in Connecticut, named for the small town approximately 100 miles northeast of Manhattan, where Wiggins spent his summers. There, he painted alongside his father, as well as Childe Hassam, whose wholly American interpretation of classic French Impressionism closely resembled Wiggins' own.
The Old And New New York, painted in 1956, just six years before the artist's death, depicts the Plaza Hotel from the intersection of West 59th Street and 5th Avenue, looking south. The iconic landmark, dusted in snow, was a favorite subject for the artist, whose wintry New York scenes define his oeuvre. A line of horse-drawn carriages waits patiently, while the cars leave trails through the accumulating drift on the slick streets. Pedestrians move through the blustery blizzard that seems to permanently envelop the city in all of Wiggins' representations of it. Their coats lift in the winter wind, mimicked in the movement of the flags flying above the Plaza's entrance. The snow appears like delicate lace over the city skyline, at once blanketing the spires of churches and roofs of skyscrapers and swirling across the canvas. Despite the storm's haze, The Old and New New York maintains a subtle lightness characteristic of Wiggins' Impressionist style, which garnered him national acclaim throughout the first half of the 20th century.