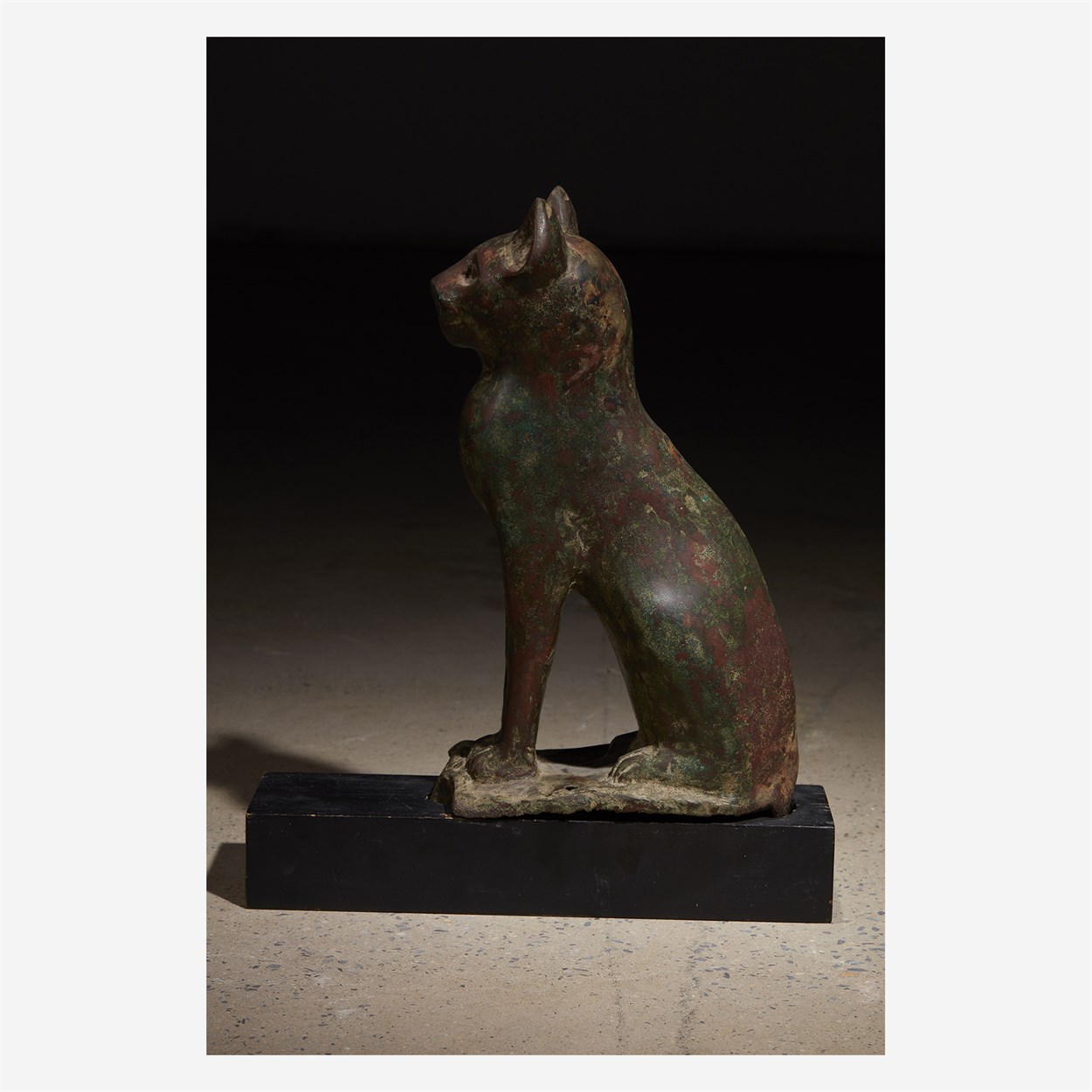 Within the Ancient Egyptian pantheon, each deity was associated with a sacred animal. The cat was revered as a symbol of the goddess Bastet, daughter of the sun god Ra. Bastet was worshiped as both the defender of the Pharaoh and the goddess of pregnancy and childbirth; she was variously represented as a cat or a cat-headed woman.

In order to appease and ask for favor from specific gods, the Egyptians would present offerings at temples and shrines. A common offering to Bastet was a mummified cat: such an offering could be enhanced by presenting it within a bronze cast model as we see here.

The act of mummification was a show of devotion to the goddess but also respect to the animal itself, in paying for its ceremonial burial. Cats were beloved by many ordinary Egyptians; some tomb paintings show cats sitting by their owners, sometimes with food nearby.

Unlike most ancient Egyptian art, which was formulaic in its nature, bronze cats such as this are often executed with a high degree of naturalism. The present example is no exception, one can glean a sense of the proud, and perhaps a bit mischievous, personality the artist wished to impart onto the animal.