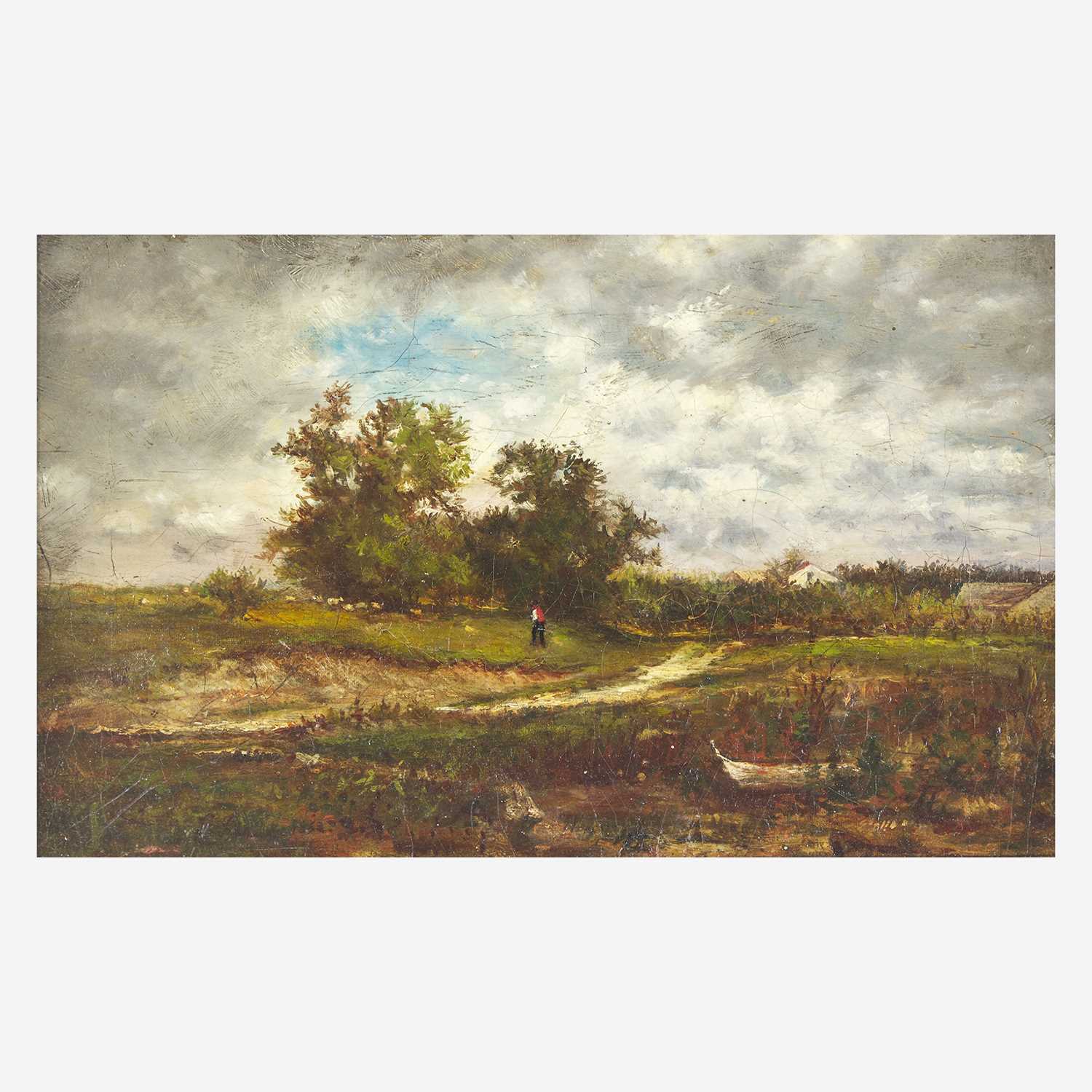 The present work is an important testament to George Inness' spectacular change of style circa 1862, which coincides with the artist's move to Medfield the same year. Limited in size, the painting is fierce in spirit with a thinly painted foreground - a quick and "gestural" brushwork, as well as pure hues of red and green, which suggest the work was executed directly outdoors, although it is in fact a studio piece. As Michael Quick notes, "this direct-painting style was capable of considerable finesse, retaining its freshness while still rendering persuasive forms in finished studio paintings." In fact, through its quick style, the painting embodies Inness' new, mystical relationship to nature, by which the vivacity of the brushwork should equal the intensity of the emotion felt while examining the landscape. It also responds to the new taste the artist had witnessed in the Boston area (as opposed to New York circles which, up until 1878, didn’t favor the master's bold technique), and that some critics loosely tied with the French Barbizon painters, including Jean-Baptiste Camille Corot and Charles-François Daubigny.