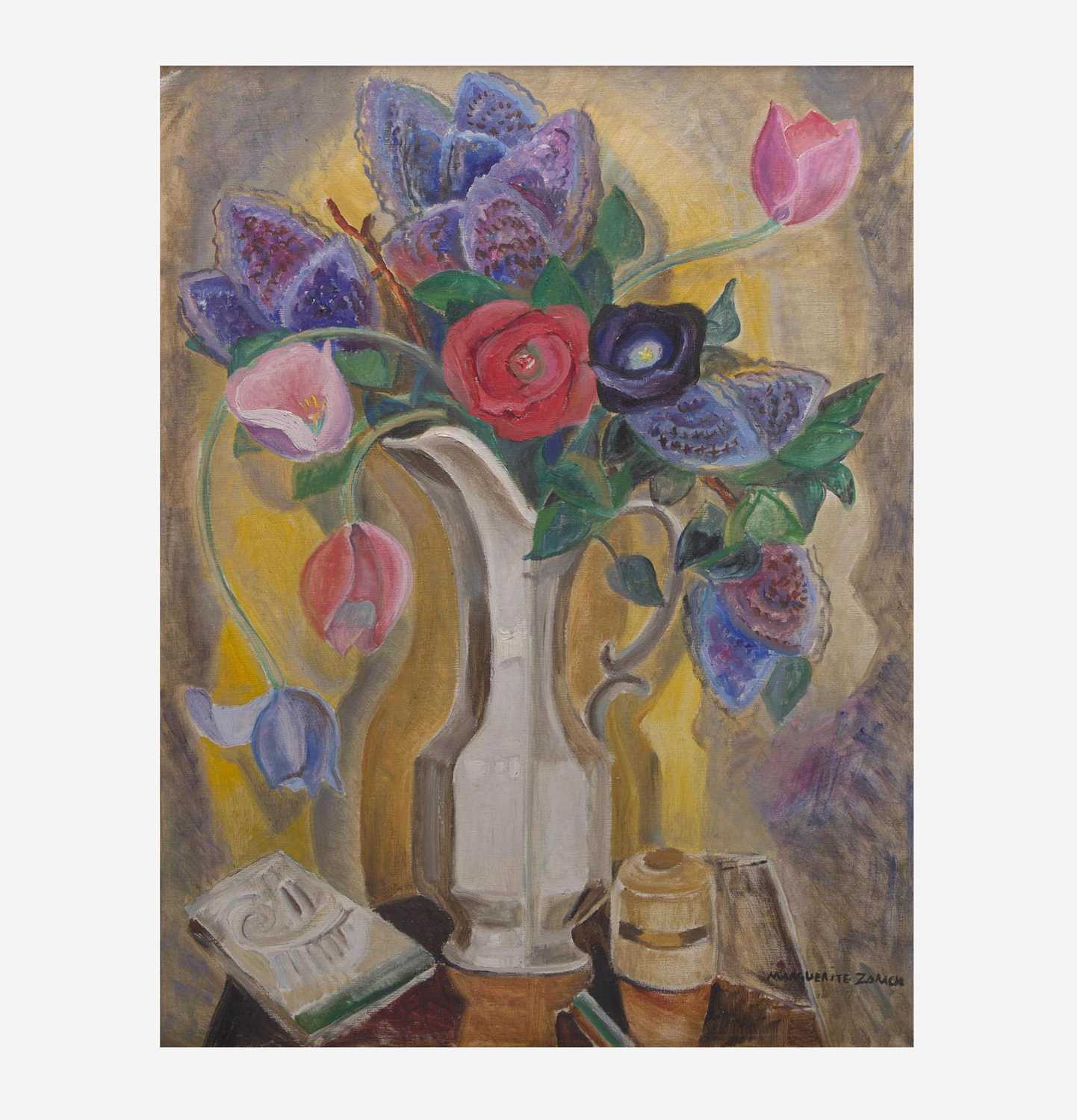 We wish to thank Mr. Jonathan Zorach, the Artist's grandson, for confirming the authenticity of the present work, and for his assistance in cataloguing the Lot.

Marguerite Zorach, née Thompson, grew up in Fresno, California. After graduating from Stanford University, she embarked on a four-year trip to Paris, where she was introduced to avant-garde movements, and became particularly enthralled by French Fauvism, and Cubism. While on the old continent, the artist travelled frequently. She also journeyed to the Near East and Asia, thus gaining insight into global cultures and design. In Paris, she studied and exhibited her work. It is also there that she met her husband, William Zorach. In 1912 the married couple returned to the United States and settled in New York City's Greenwich Village, and later in Brooklyn. In 1913, she exhibited at the Armory Show in New York alongside her husband, and started to count among the new dominating voices of American Modern Art.

While she mostly painted landscapes and is known for her ambitious embroideries, Marguerite Zorach also produced a number of still lifes which she arranged herself, extracting flowers from her garden to arrange them in her home interior. The present work features several lilacs and tulip stems arranged in the family faience pitcher, which can be seen in other compositions, holding different bouquets depending on the seasons. The pot sits straight on a tabletop, solidly flanked by a book as well as a jar. Yet, the surrounding vanishing lines suggest the table is slightly tilting towards us, as if about to flip. This extraordinary movement, paired with the elegant, free arabesques of some of the flower stems, is indicative of the deep influence Fauvist Henri Matisse, and Cubist Pablo Picasso held on the artist. In a flattened space, the still life comes to life: it jiggles and moves without any human intervention and with minimal brushwork. The painting is a joyful whirlwind of color, pattern and movement: the eye goes back and forth between the weighted jar, the sinuous stems, the pounding background, the curled edges of the leaves, the floating book, and the over-hanging flower buds. Through her love of color and shapes, Zorach here offers an efficient and organic synthesis of her European heritage and her own visual language and sensibility.