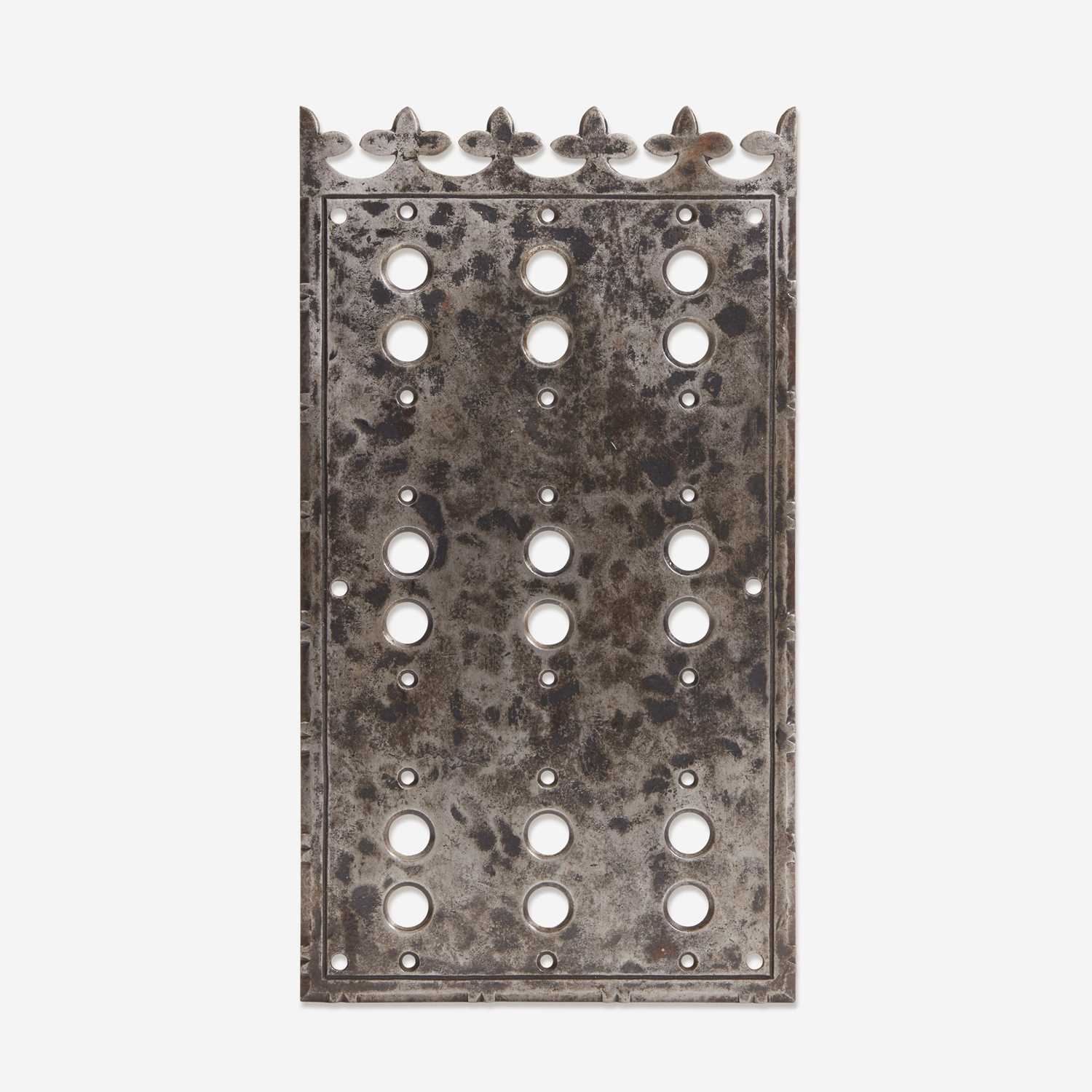 Based in Philadelphia, Samuel Yellin was one of America’s most prodigious and important artistic metalworkers of the 20th century. Yellin was born in Ukraine in 1884 and came of age in the last decades of the 19th century, witnessing the dizzying speed of industrial progress and a changing landscape for traditional crafts like blacksmithing, which had all but disappeared in daily life. Nonetheless, Yellin demonstrated a proclivity toward the manual and applied arts; he apprenticed as a blacksmith, arriving in Philadelphia around 1905 with high ideals and great ambition.

In part due to Yellin’s influential mark on the city of Philadelphia, Freeman’s is a premier destination for the sale of his works. His intricate metalwork regularly exceeds pre-sale estimates at auction; a Yellin Gothic writing table and a torchere both sold for $62,500 in 2000. A fine fire screen for the Abraham T. Malmed residence, of Germantown, Pennsylvania provenance, achieved $46,875 in 2019, and another ornate fire screen rediscovered in Bucks County sold for $40,950 in 2021.

Though Yellin’s artistry can be found in museums and private collections around the globe, nowhere is his influence more apparent than his adopted city of Philadelphia and its immediate vicinity. Dozens of churches in the city—as well as the Packard Building, the Curtis Institute, the Federal Reserve Bank, and the Sketch Club—all bear Yellin’s signature ironwork in the form of gates, hinges, latches, lanterns, and related fixtures. Yellin was a great promoter of the arts, giving frequent lectures and promoting the abilities of his enterprise in Philadelphia and in trade periodicals of the era. He taught classes at the Pennsylvania Museum School of Industrial Arts (today the University of the Arts), developing a new course in metalwork, which he taught until 1919 when one of his star pupils, Parke Edwards, took the reins.

Speaking of the “poetry and rhythm of iron,” Yellin preferred to work from drawings rather than models, seeking to express the plastic quality of iron when heated, as well as the artistic spontaneity that arose as works were wrought into their final, three-dimensional forms. Yellin had great reverence for metalwork of the past, drawing upon Gothic, Renaissance, Romanesque, and 18th-century French styles as inspiration for his own shop’s production. The shop’s location changed over the years as the business grew, from Old City to Olde Kensington to, finally, West Philadelphia, where he occupied the shop from 1915 until his death in 1940. No matter the location, Yellin sought to create works not just for his own age, but for all time—capable of standing alongside ironwork of the past, present, and future.