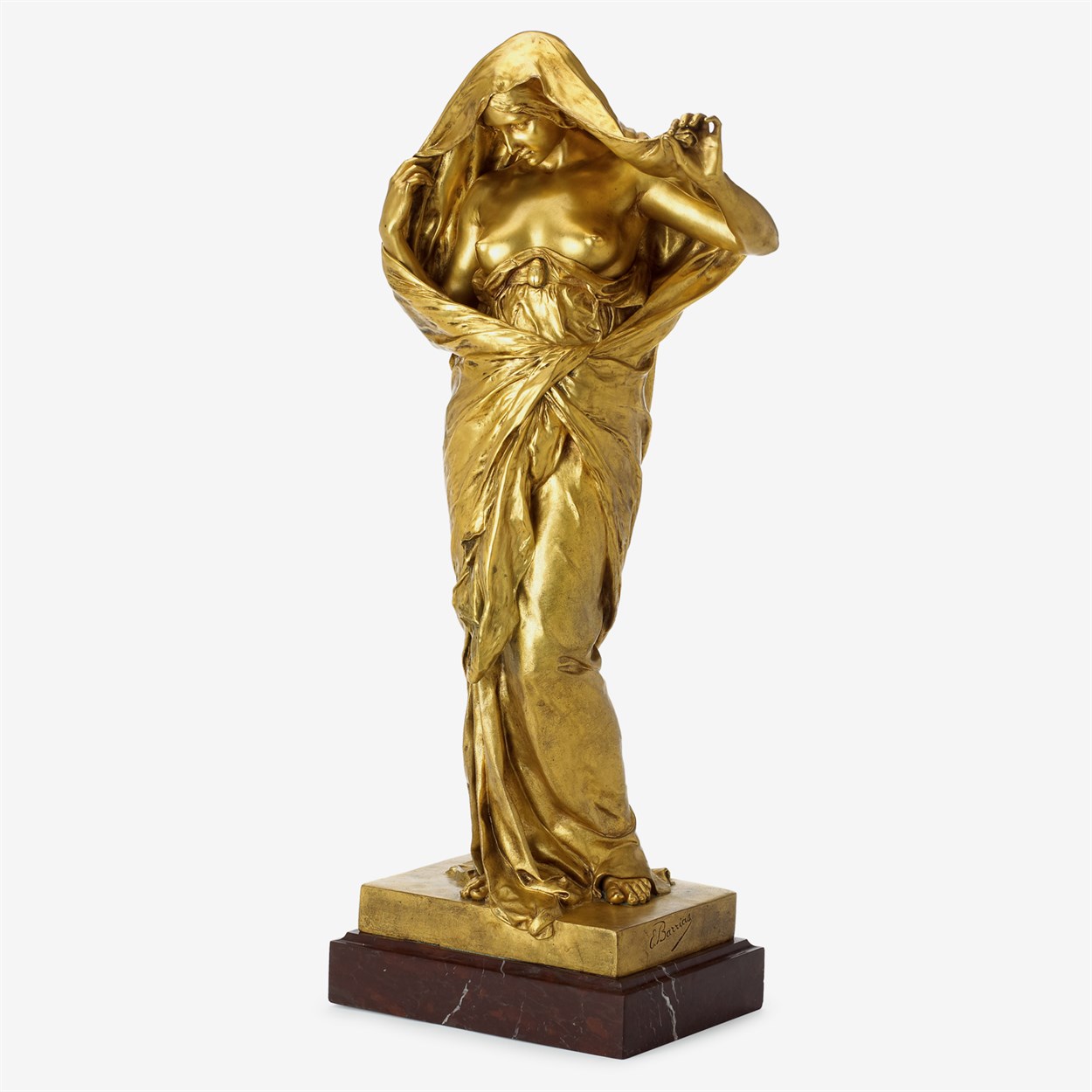 Gilt bronze, signed in cast and marked 'P' with the Susses Freres pastille.

Gilt bronze, signed in cast and marked 'P' with the Susses Freres pastille.

Louis-Ernest Barrias (French, 1841-1905) first exhibited a version of this sculpture at the Paris Salon of 1893. Sculpted in white marble and depicting an entirely nude figure the sculpture was later acquired by the l'Ecole de Médecine in Bordeaux. In 1899 Barrias introduced a polychrome version modeled as the partially clad allegorical figure of nature lifting her veil to reveal herself to science. The second version was met with wide acclaim and is now included in the collection of the Musee d'Orsay. Bronze casts of the sculpture by Susse Frères were exhibited at the Exposition Universelle in 1900 and would go on to win the grand prix at the Universal Exhibition in Liège in 1905 where the bronzier Théodore Millet lauded them as 'the finest of the works exhibited'.