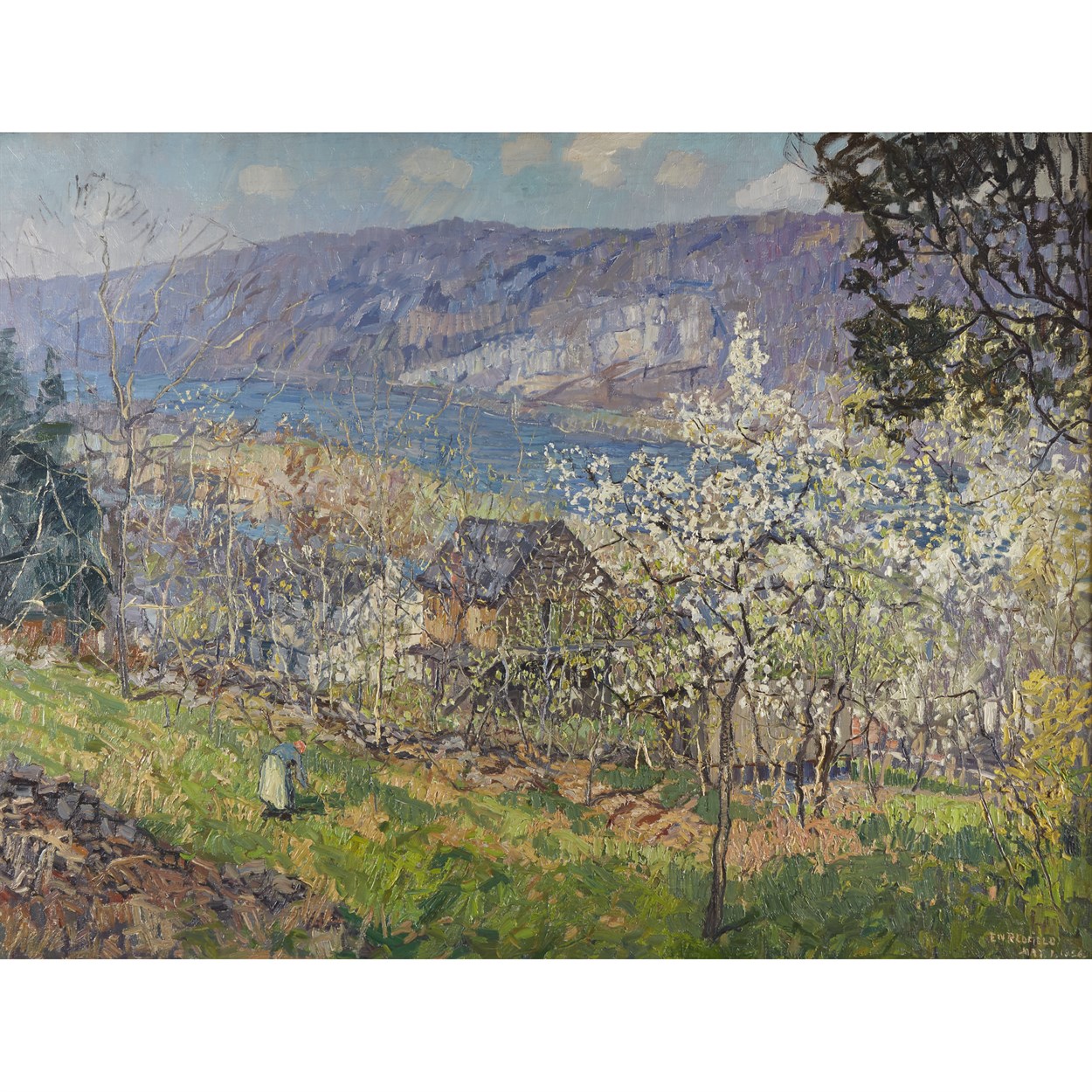 J.M.W. Fletcher, Edward Willis Redfield, 1869-1965: An American Impressionist, His Paintings and the Man Behind the Palette, Lahaska, Pennsylvania, 1996, p. 26 (illustrated).

The present work will be included in the forthcoming Catalogue Raisonné of Edward Redfield's work, being compiled by Dr. Thomas C. Folk.

In 1898, Edward Redfield and his wife moved from Glenside, PA to the Belle Island Farm in Centre Bridge, just five miles north of New Hope, along the Delaware River and canal. The bucolic region became the artist's most favored subject; one he captured in every season from his studio in Point Pleasant. Redfield started to set numerous spring scenes there in the 1910s, thus showing an early attachment to the locale, further confirmed in a 1929 interview during which the artist confessed: "there is a real 'church': go there at sundown and watch the changing colors in earth and sky and water. it is a place to worship." The present scene is one of the artist's largest compositions and captures all the hallmarks of his celebrated style. Executed en plein-air, "at one go" for about seven hours straight, it depicts in thick and short brushstrokes a plunging view of the Delaware River on May Day. Redfield's familiarity with landscape painting, paired with his bold and swift application of paint, provide an impressionistic and all the more truthful depiction of his beloved surroundings. The scene abounds with brightness and life; through colorful and contrasting hues, the artist is able to convey the bursting and reinvigorating feeling of spring, thus tempting the viewer to walk right into the picture plane and enjoy the warmth of a peaceful, sunny day.