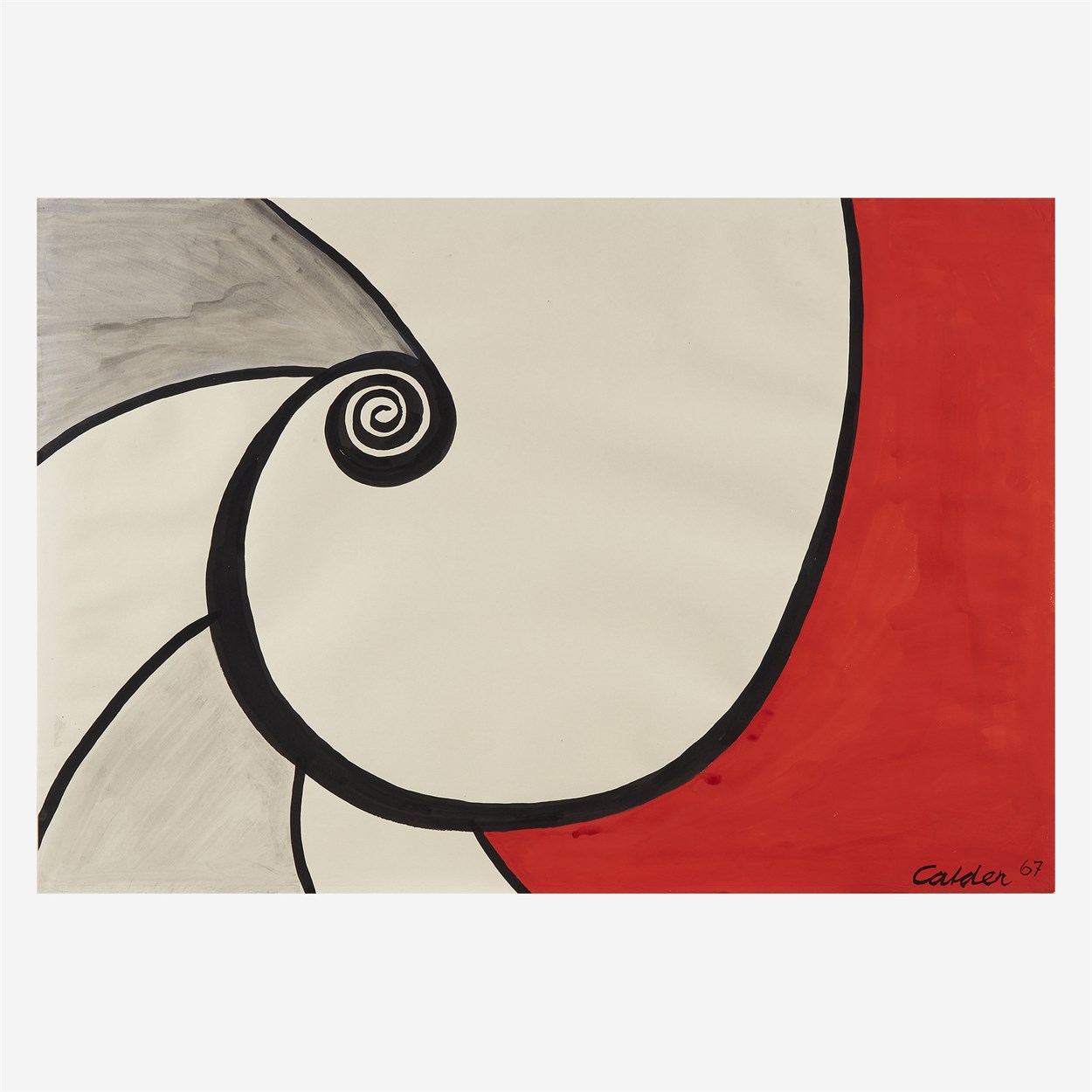 Signed and dated 67 bottom right, gouache and ink on paper.

Signed and dated 67 bottom right, gouache and ink on paper.

This work is registered in the archives of the Calder Foundation under application #A02668.

The simple, abstract forms of the gouache Spinnaker seem to move in space, and call to mind the gentle spinning of an Alexander Calder mobile, the ever-changing shadows cast by a stabile, and the sails elicited by the work’s title. Movement forms the basis of Calder’s work, from his coiled wires about to spring, to the performance art of his circus, to the metal forms that sway in the air. With its bright “Calder red” and white and gray shapes delineated by bold black lines, the artist created Spinnaker at a mature point in his career, when he had gained international recognition and was engaged in commissions of large-scale works around the world.

Born in the Philadelphia area, Calder was friends with the collectors and philanthropists H. Gates and Eleanor (Lallie) Lloyd, whose collection included several important works by the artist. Their Haverford Monster was one of Calder’s first site-specific commissioned works and occupied a prominent place at the Lloyds’ estate. Their son H. Gates Lloyd III (known as Terry) and his wife Perky shared a deep appreciation for the artist’s work and acquired this gouache in 1968 from Perls Gallery, which represented Calder in New York from 1954 until his death in 1976. The swirling composition Spinnaker exemplifies the playful nature of the artist’s work throughout his long career and connects to Calder’s long association with Philadelphia’s cultural life. 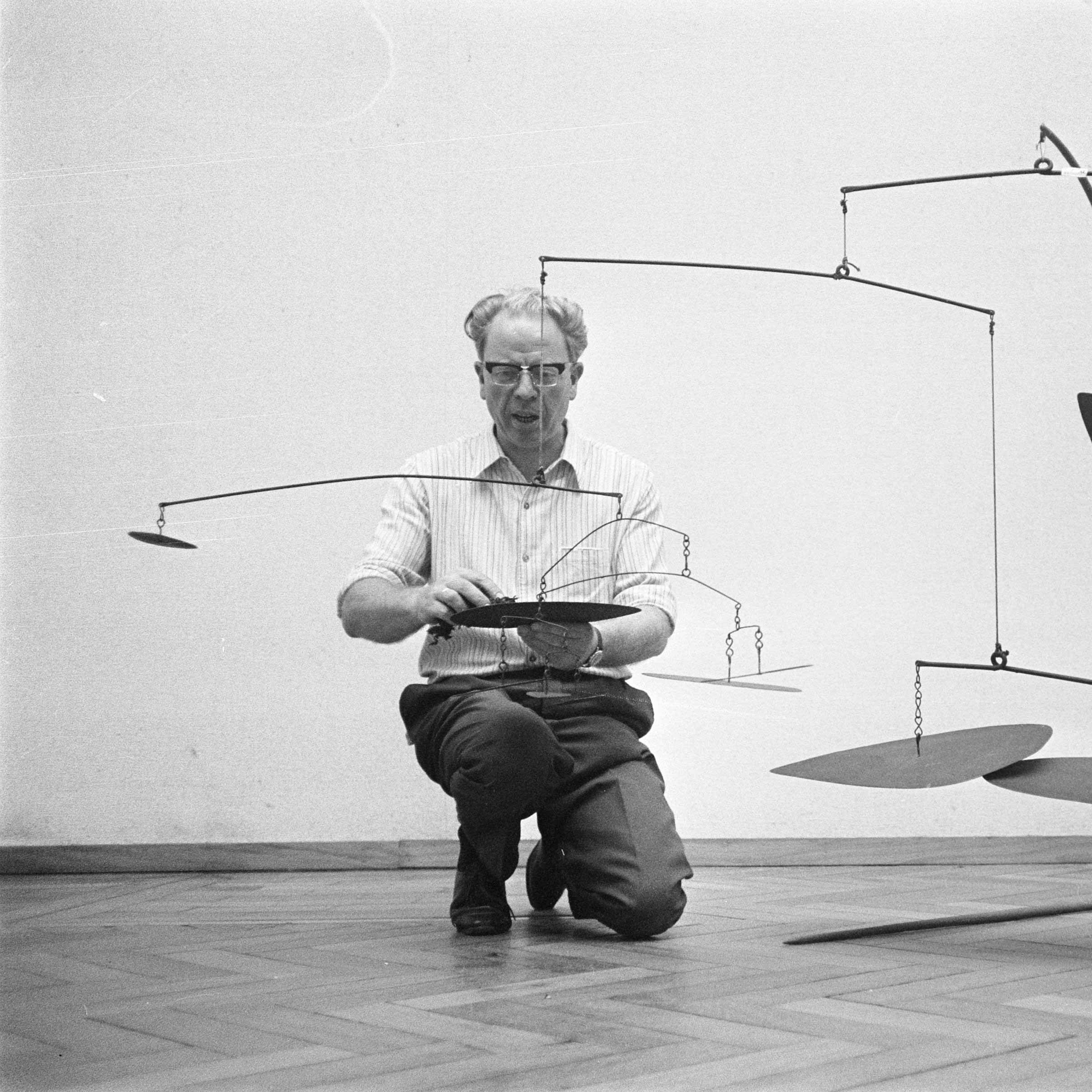