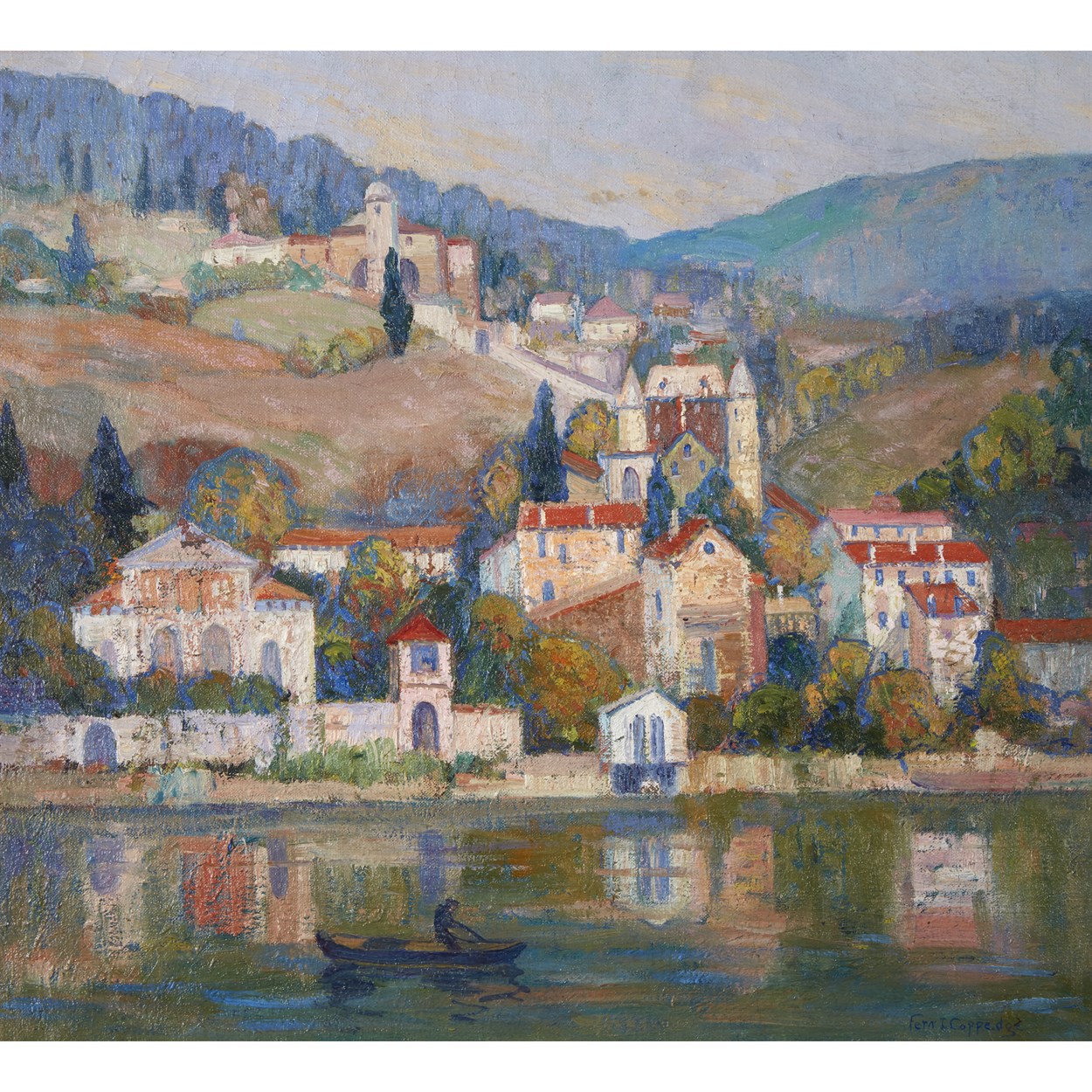 Contrary to other fellow Pennsylvania Impressionists who spent the early years of their career in France like Edward Redfield (1869-1965) or Daniel Garber (1880-1958), Fern Coppedge almost never travelled outside of the United States. In the summer of 1925 however, at age forty-two, the artist embarked on a two-month trip to Europe and visited Italy for the first time, stationing in Florence. Coppedge's introduction to the Tuscan landscape stimulated an important change in her palette, which started incorporating bolder hues, and in her style, which embraced simplified, flatter shapes.
The present work is a view of the Arno river from the artist's hotel balcony in Florence, which Coppedge executed from memory a year after her return to the United States. In a later interview, Coppedge recalled how inspiration struck her: "From my hotel, overlooking the Arno in Florence - looking from the balcony window - I saw the Arno River flowing gently like molten gold. It was late afternoon, and lazy Italian boatmen floated past in the dark, sturdy barges, winding their way down the river. Along the opposite bank were charming old stucco houses in colors of pale and rusty yellow, rose, pink, and old red. Tiled roofs, arched doorways and deeply recessed windows, balconies, towers and turrets against the background of cypress trees-all mirrored in the waters of the Arno. Church towers and ancient castle walls patterned against the hills inspired me and thrilled me with an irresistible desire to put on canvas my impressions." Florentine Gold is similar in composition to The Golden Arno, another important work by the artist now in the Collection of the James A. Michener Museum, and which received numerous positive comments when it was exhibited in the "Philadelphia Ten" show in 1926.