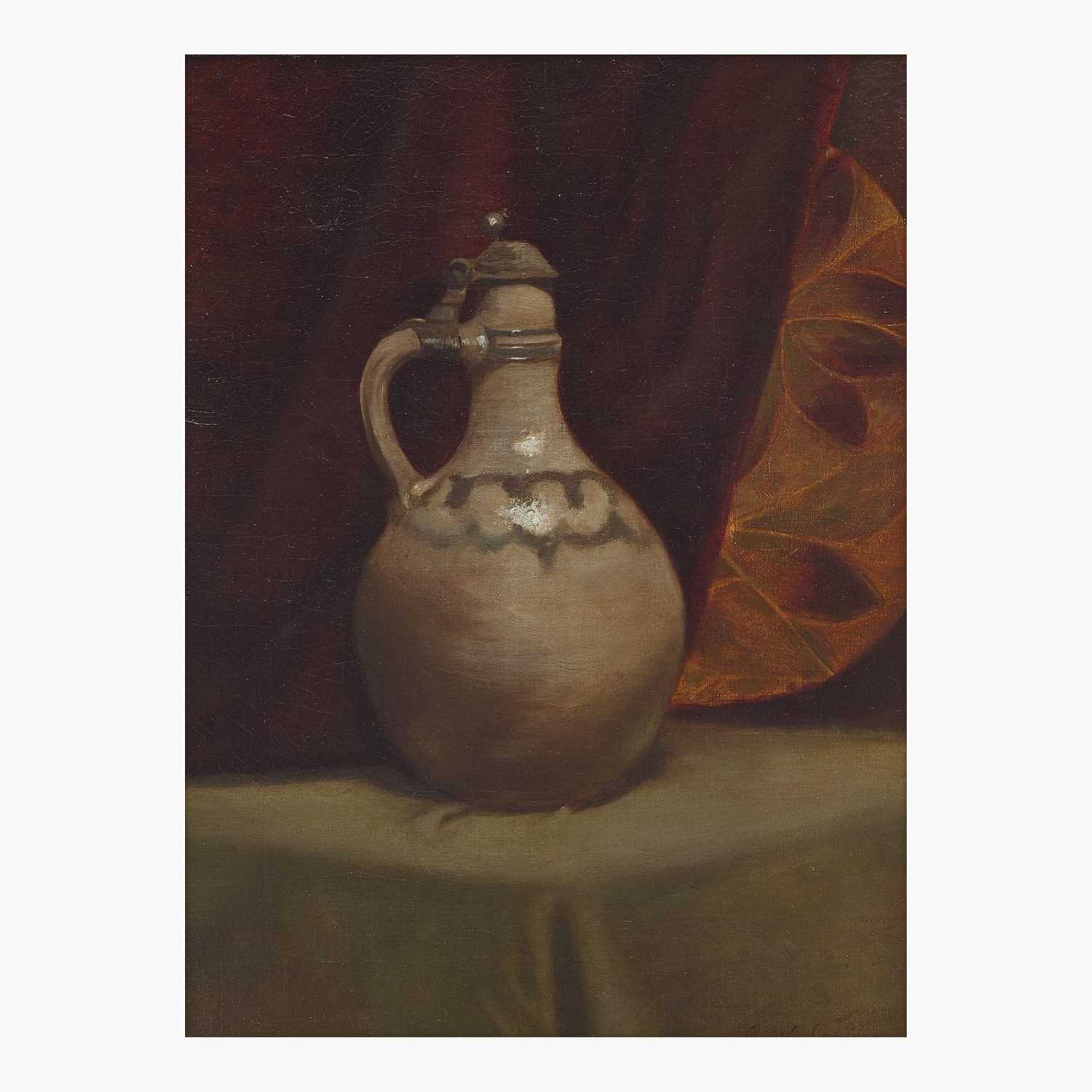 Danish born, Emil Carlsen is highly revered as both a painter of still lifes as well as a landscapist. The former category includes intimate, subtle, and sensitively rendered depictions of flowers, jars, copper pots, assorted fruits, and vases. He specialized in this genre following two Parisian sojourns in the 1880s, during which Carlsen discovered the art of 18th century French painter Jean-Baptiste-Siméon Chardin, and the work of 17th century Dutch masters. Included in the latter category are Impressionist oils executed with a soft, delicate touch featuring cloud-laden evening skies which occupy most of the picture plane, and seas glistening under the moon’s reflection, as exemplified by the following Lot, executed later in the artist's career.