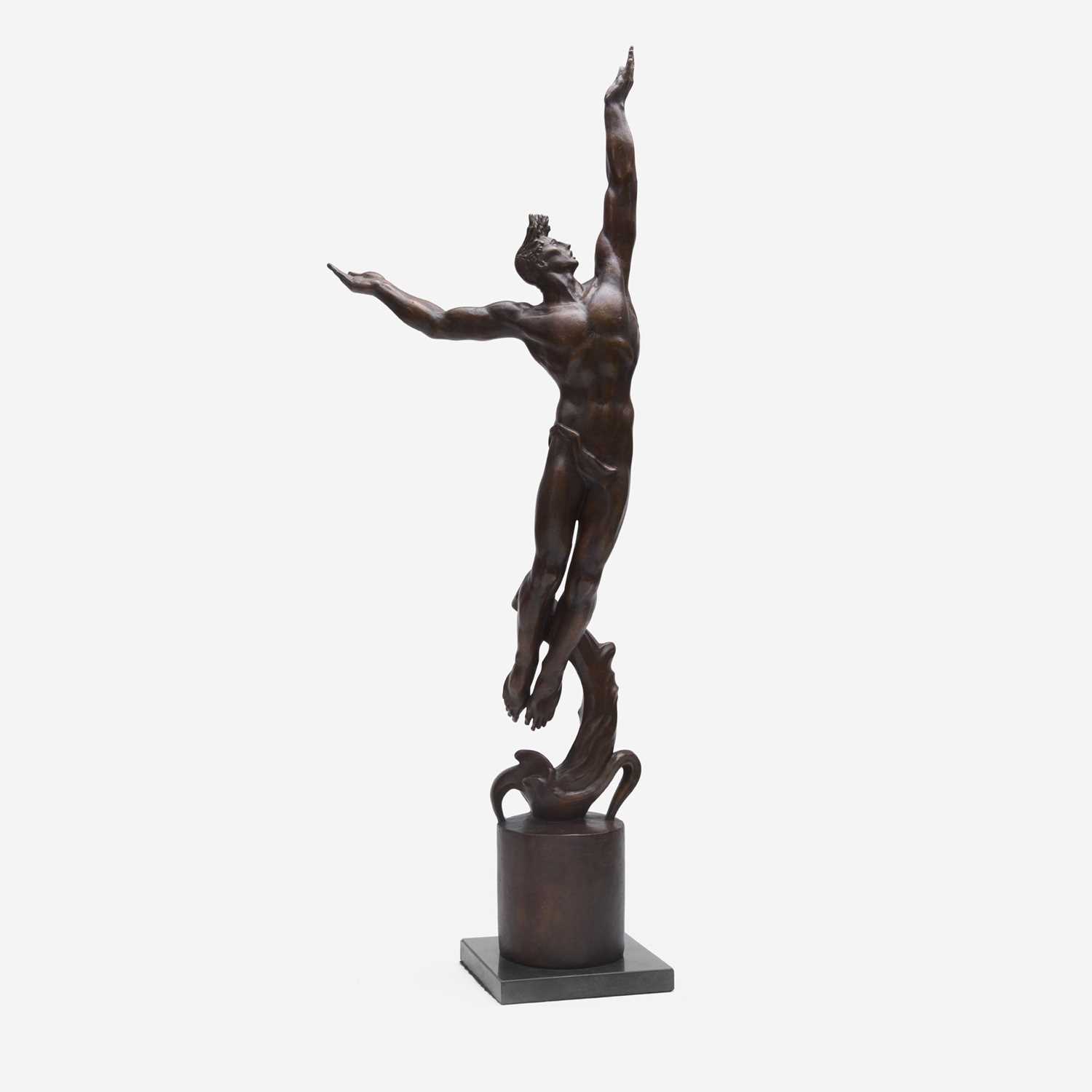 By the time the present work was created, Donald de Lue's career was flourishing, and the artist finally enjoyed working alone without needing to assist other sculptors. The Spirit of American Youth, which shows a graceful young ephebe rising from the waves, was commissioned by the American Battle Monuments for the Omaha Beach Memorial at Brookgreen Gardens, South Carolina, to commemorate the heroic deaths of the Allies on D-Day. The project called for a twenty-two feet sculpture, cast in bronze - by far the largest figure De Lue would have produced to date. As the artist himself recalled: "I knew the opportunity would never present itself again so I put every effort to it I possibly could do." In 1951, José García Mazás wrote: "On the Spirit of American Youth, De Lue was able to lend eloquence of expression to his masterpiece, from the feet, which surge from the froth of a wave, to the moving shape of the head of the young giant. The arms express the idea of limitless flight into the blue. This entire endeavor is a hymn to resurrection, which is exactly what triumph should signify to those who died in Normandy." De Lue's style is marked by a tendency to exaggerate the figure's musculature, which comes from his observation of post-Alexandrian Hellenic sculptures. Yet, the physique of the man here appears secondary as De Lue makes a point of picturing the Allies' victory, not as a triumph of physical force, but as a result of sheer determination and morale. Although De Lue was not the only sculptor to be awarded a public commission, Spirit of American Youth stands out as the epitome of "architectural sculpture," which slowly disappeared in favor of "unadorned glass boxes."