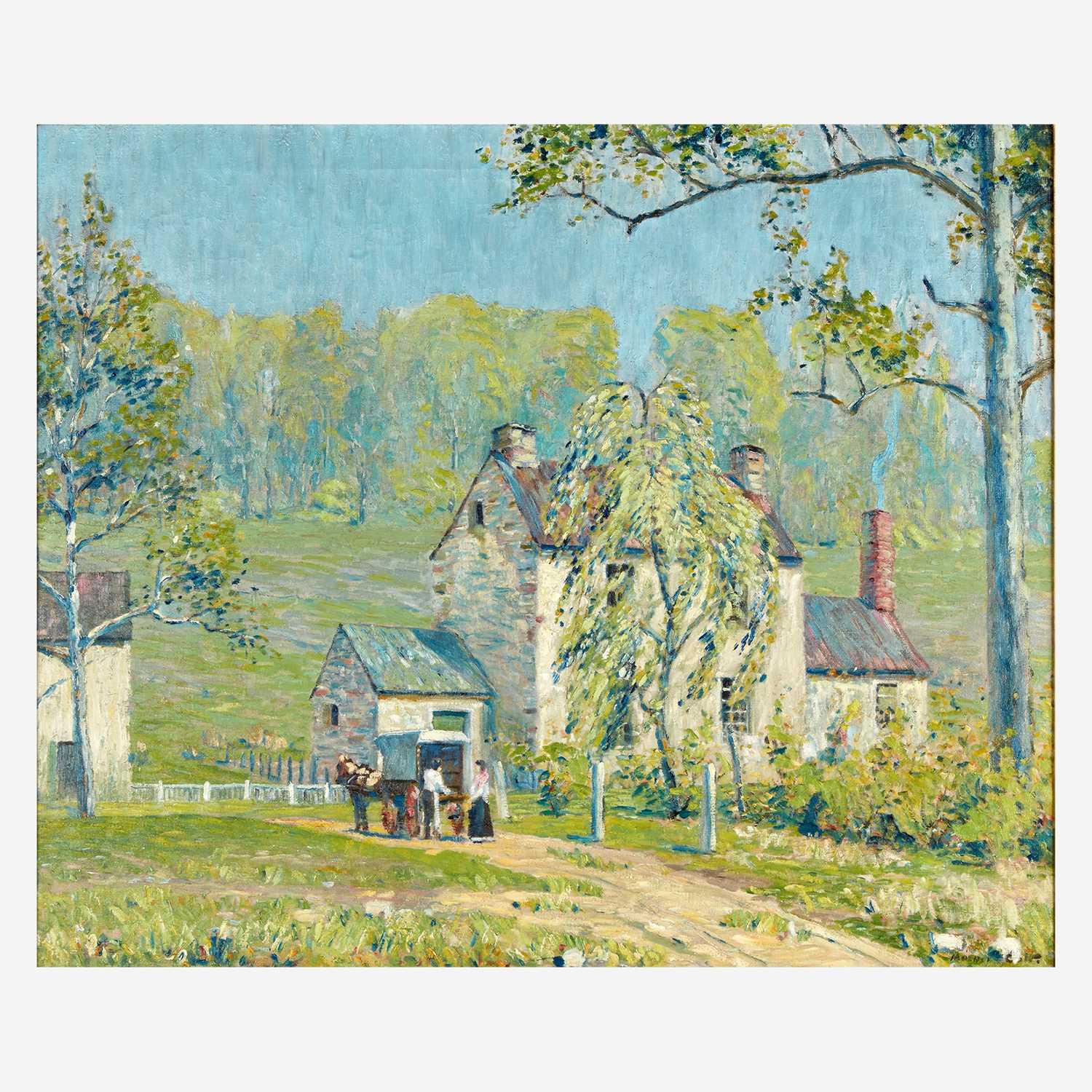 Virginia and Stuart Peltz, collectors with longtime roots in Pennsylvania’s Bucks County, began amassing their impressive collection of works by Pennsylvania Impressionists in the 1980s, after falling in love with the pastoral charm of the New Hope region. Well before the current market demand for such works, the Peltzes were buying paintings by Pennsylvania-based artists from Morgan Colt and Fern Coppedge to Edward Redfield and Daniel Garber. Either approached by, or buying directly from the top dealers in their field, the Peltzes didn't collect with an agenda, and ultimately purchased what they liked as long as the painting they coveted fit a narrative, or related to their daily surroundings. Very involved within the local community, Virginia and Stuart made a point to make their collection available, and lent their most precious gems whenever possible to the most relevant museums, including the Woodmere Art Museum in Philadelphia, and the James A. Michener Museum in Doylestown.

Morgan Colt was born in Summit, New Jersey on September 11, 1876. A student at the School of Architecture of Columbia University, Colt joined a New York firm upon graduation, but eventually gave up architecture to focus on painting instead, thus breaking free from "clients' tastes or whimsies". He established himself at Phillips Mill, and studied closely with William L. Lathrop, the founding member of the New Hope School. Although he successfully juggled between painting, design, and crafts, Colt is best remembered today for his Monet-like landscapes, which he always composed in the studio due to a persistent heart condition that prevented him from being outdoors too long. He died suddenly on April 12, 1926 from a heart attack, leaving behind an unattended corpus of paintings (a large portion of which were destroyed by the new inhabitants of Colt's house), and which are considered extremely rare today.

The present work is arguably one of Colt's most dazzling compositions. Well-balanced and executed in the artist's signature style composed of short, rapid brushstrokes and a light, refreshing color palette, the painting depicts Bucks County's famous local butcher during one of his morning rounds, delivering fresh meat door-to-door in the community. Reminiscent of Robert Spencer's fragmented touch and Rae Sloan Bredin's affinity for figures, the work captures the simplicity of rural life in the 1920s. Everything appears tranquil, from the sheep grazing in the background, to the peaceful interaction between the butcher and his customer in the foreground, or the gentle plume of blue smoke coming out of the elegant cottage at center right. Through lime-green, light blues and creamy whites, Colt creates a feeling of country bliss, and invites us to contemplate (and reflect on) an ideal scenery, in which one yearns to partake.