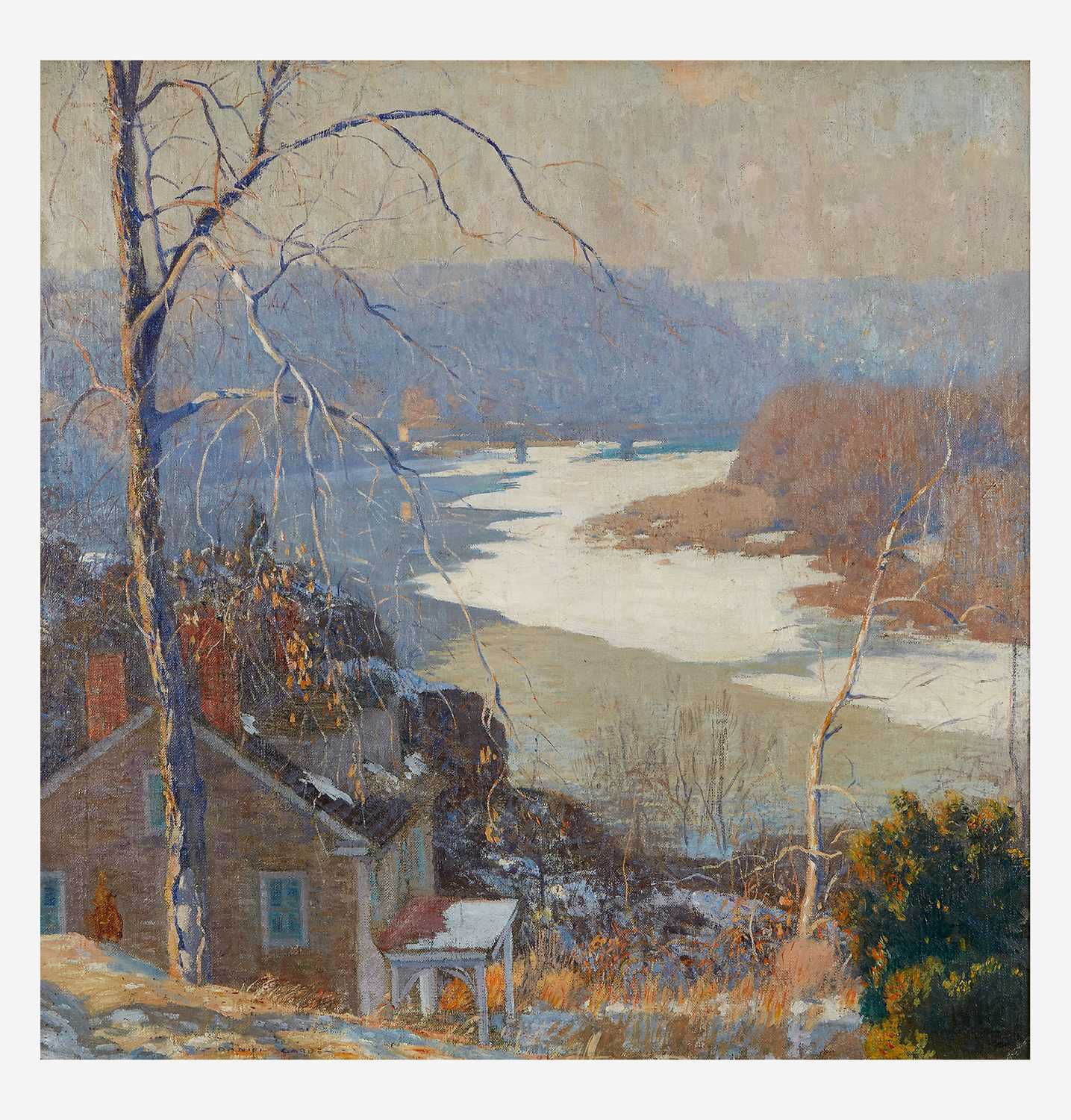 The paintings Daniel Garber produced during the 1920s often depict habitations and towns gently embraced and framed by nature, as exemplified by the present work. Up the River, Winter depicts an impressive, expansive view of the not-yet-frozen Delaware river from above Mary Taylor's cottage, a charming little house perched on the edge of the cliff in the direction of Lumberville. The artist seemed to enjoy this view as the house appears in other works such as The Old Farm, Springtime (1923), as well as November Snow (1923) and Quarry by Taylor's (date unknown).

Although Daniel Garber was not the only one to feature barns and houses in his landscapes, he was the first one to treat them as part of the narrative rather than just picturesque, accessory elements. As Lance Humphries points out however, "the artist's works from this period rarely tell a story in front of a bulilding; rather, it is the structure itself that tells the story." In the present work Humphries continues, a house "hunker[s] down into [its] snowy hillside, appearing to endure the winter in anticipation of summer when the trees that arch over [it] will shade and protect [it]."

Traditionally seen as a painter of spring and summer, Garber here proves his ability to capture the so-distinctive winter light, and to represent the anatomy of the bare landscape. As the artist himself confessed: "The earth forms are very handsome in late autumn and winter; when the anatomy of the ground is so defined in beautifully toned planes of dead grass, exposed stone, and handsome lines and curves of the turf." Here, the leftover blotches of snow, slowly melting away, help enliven the scene and highlight its inherent structure. Captured in varying hues of white, blue and green, the snow also vivifies the contrast with the warmer surrounding colors, which are here to suggest the arrival of spring, and make the viewer aware of the passage of time. Through his exact capturing of a soft winter light on the rugged Pennsylvania landscape, Garber transcends an ordinary moment into an almost ethereal image. Similar to George Inness, he beautifully extracts from the spectacle of winter an elevating and ennobling experience in a somewhat melancholic, elegiac mood.