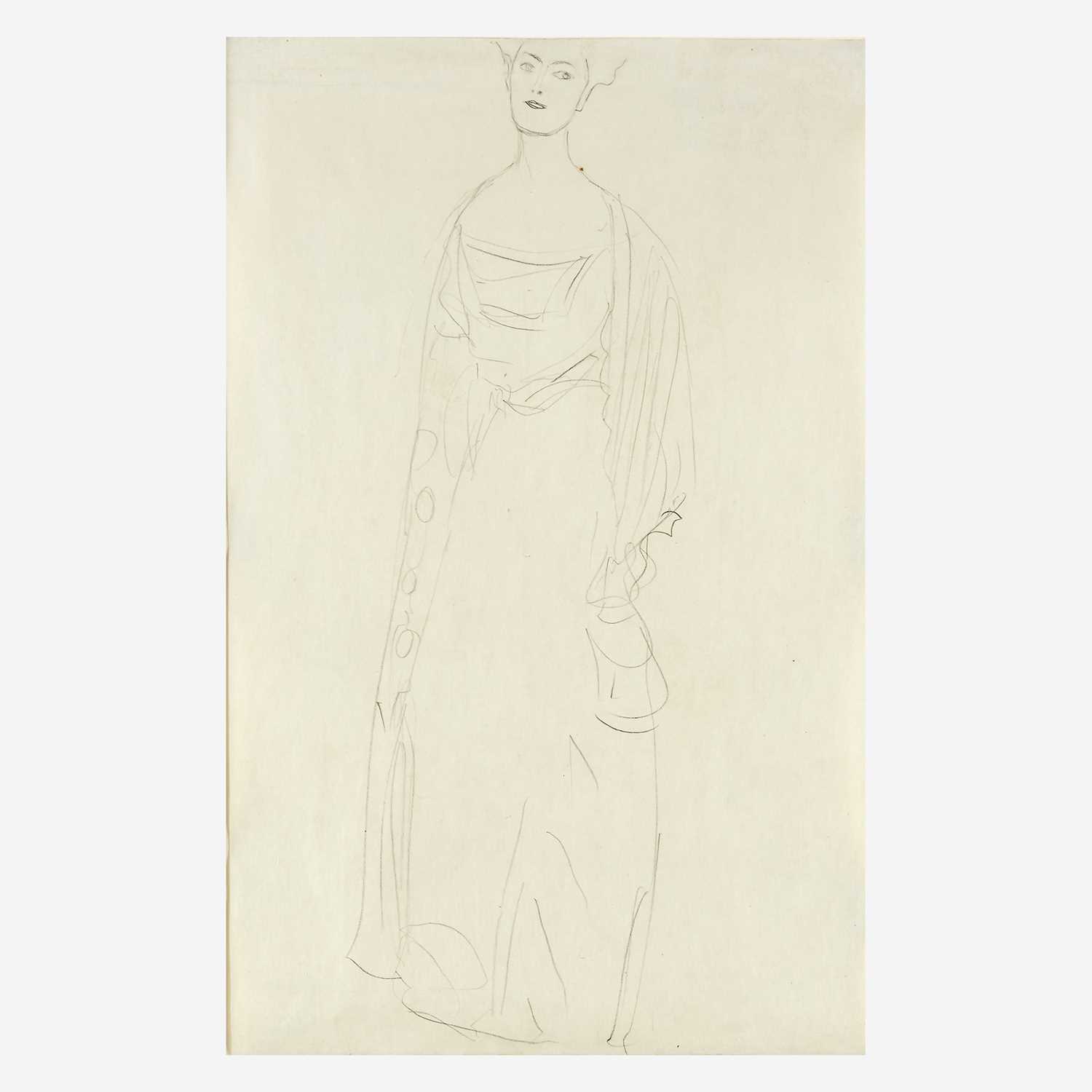 Note
We wish to thank Ms. Marian Bisanz-Prattek for confirming the authenticity of the present work, and for her kind assistance in cataloguing it.
The present work belongs to a series of approximately 20 preparatory drawings Klimt executed over a period of one year, for the completion of his famous Portrait of Margaret Stonborough-Wittgenstein (1905), now in the Neue Pinakothek in Munich, Germany. Within this group of studies, Klimt experimented with many techniques such as blue, red, and green crayon, graphite, and black chalk, as illustrated here.
Daughter to Karl Wittgenstein, Margaret Stonborough-Wittgenstein (1882-958) came from one of the most prominent and wealthiest families in Vienna. In 1905, her family commissioned Gustav Klimt, whom the family personally supported, to paint a portrait of her in a wedding dress, so as to celebrate her future marriage to the wealthy American entrepreneur, Jerome Stonborough.
Like other portraits completed around the same time, including the one of Sonja Knips (in the Belvedere Collection), Klimt depicts Margaret in a long, elegant silk dress. In the original canvas, she is portrayed against an abstract, geometric background that is reminiscent of Josef Hoffmann’s and Dagobert Peche’s elaborate architectural interiors. Margaret’s dress appears more complex than the one worn by other models, the bare shoulders and intertwined lace evoking a sensual attitude far away from the reform style dresses in vogue at the time. Although the drawing does not feature the elaborate background we know from the final composition, the work conveys the same monumentality and majesty often associated with an official state portrait, and which Klimt borrowed from the many Japanese woodcuts, Byzantine mosaics and Greek frontispieces he studied in Vienna’s museums. Stripped from her decorum, Margaret Stonborough-Wittgenstein stands as an ethereal apparition, a floating ghost with a hypnotizing and haughty gaze that captures, and forever locks the viewer’s eye.