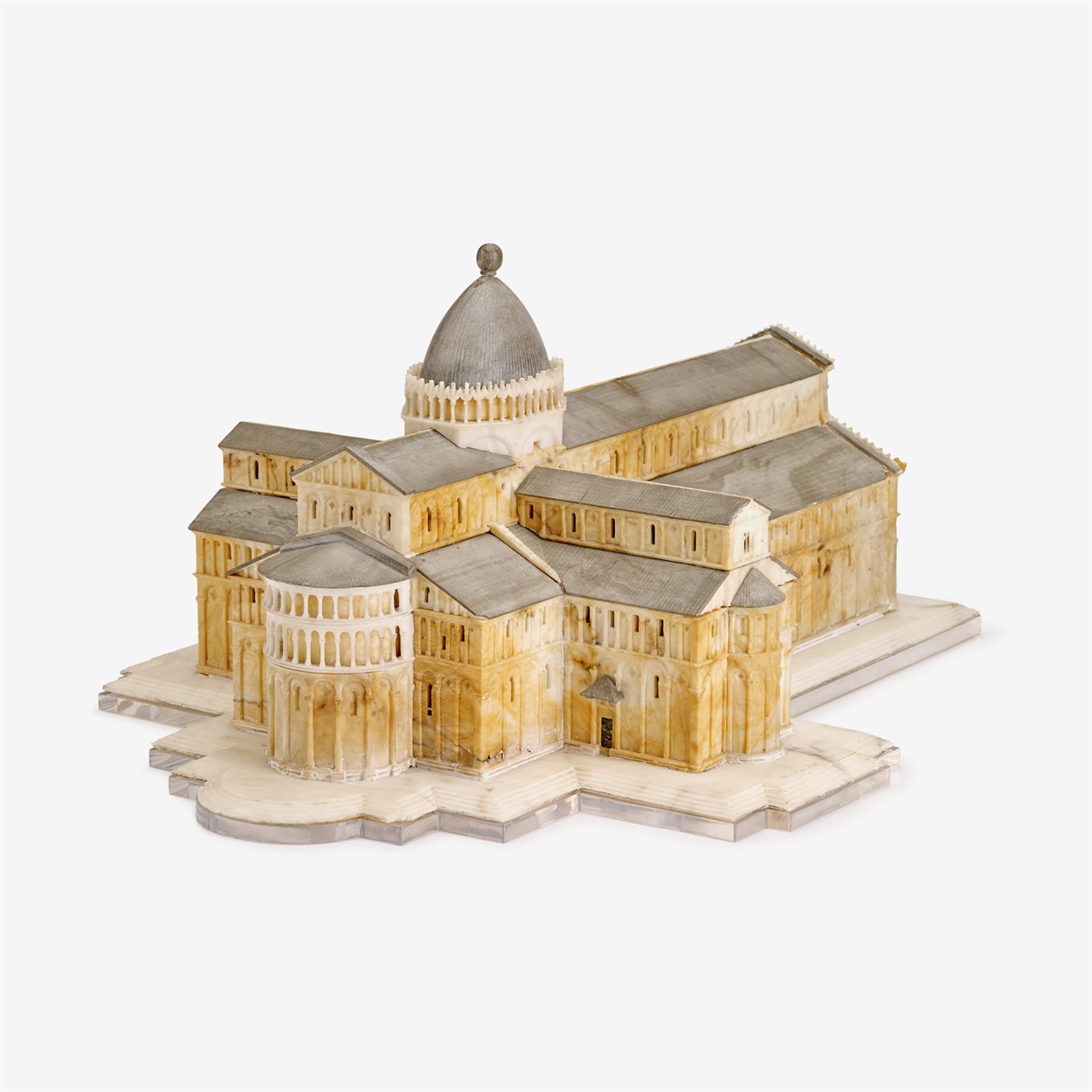 Inscribed signature to base.

Inscribed signature to base.

Completed in the 13th century, the construction of the Romanesque cathedral at Pisa began in 1063 according to the designs of the architect Buscheto. An important naval base at the time, Pisa was recognized as a free republic and the cathedral was constructed with the funds won from their victory against the Muslims at a battle in Palermo in 1062.

The Pisa based firm of Huguet and van Lint specialized in the creation of alabaster and marble architectural models, souvenirs popular with those who made the Grand Tour. Their shop on the Lagarno beneath the Hotel Peverada put them in close proximity to tourists who saw their advertisements in various European and English mid 19th century traveler's guides.