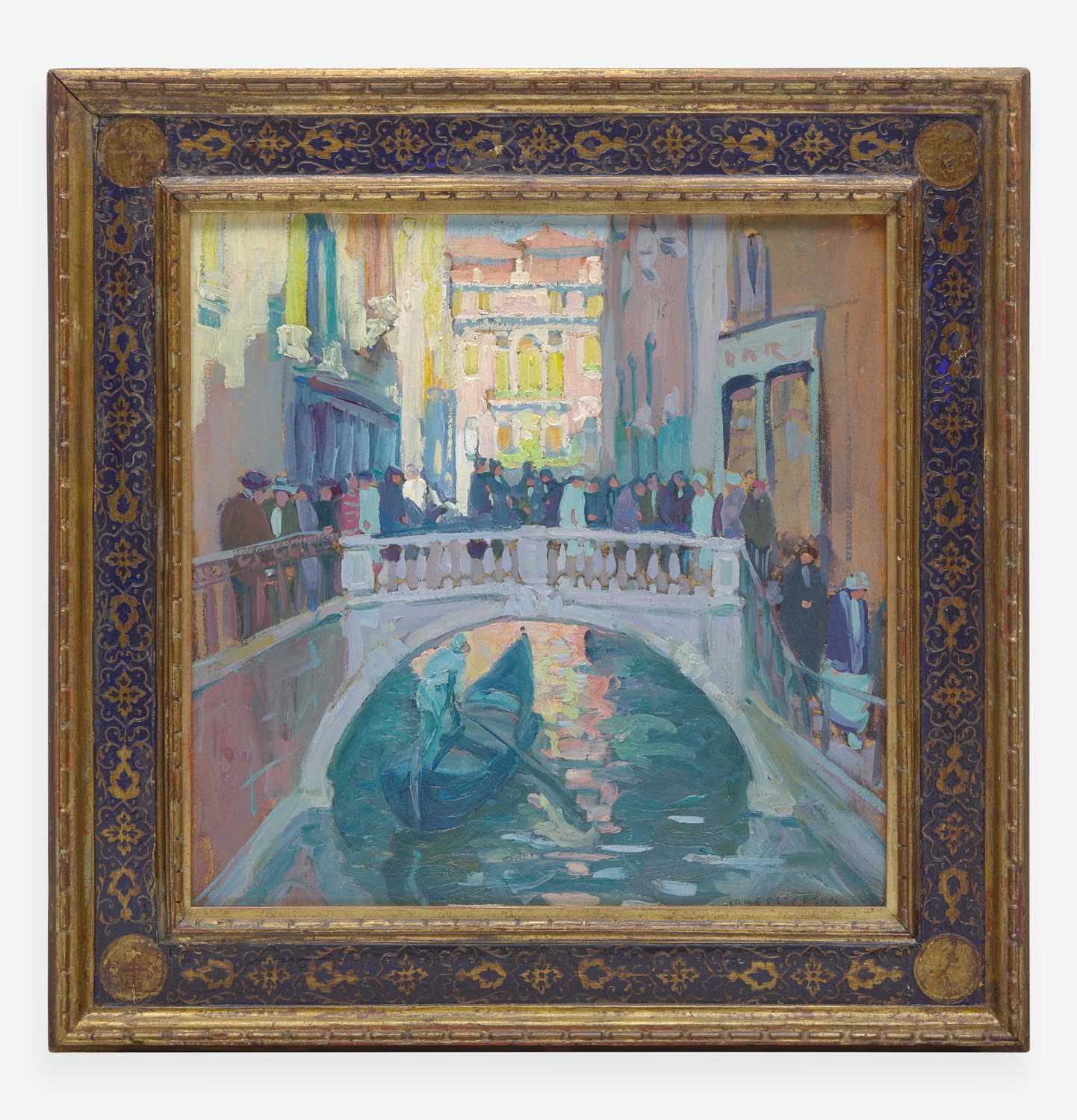 Born in Elgin, Illinois, Jane Peterson moved to New York at the young age of 18 and began her artistic training in 1896 at Pratt Institute in New York under the instruction of Arthur Wesley Dow. After graduating in 1901, she took several teaching positions that brought her to Boston, while still studying at the Art Students League along with Frank Dumond. She also traveled extensively, first to Europe and Paris, where she met and became influence by Joaquin Sorolla, but also throughout exotic North Africa visiting places such as Biskra, Egypt and Algiers.

She eventually developed a distinctive aesthetic of color-saturated, attractive and non-controversial subjects. Often compared to Maurice Prendergast, Peterson's oeuvre focuses on scenes of gardens and beaches, colored umbrellas, as well as sun drenched Venetian bridges and gondolas. Venetian Canal (Ponte dei Bareteri) exemplifies the artist's frequent depiction of natural beauty using brilliant colors and active brushwork. Drawing inspiration from her travels, Peterson produced a diverse and unique body of work inspired by her many teachers, friends as well as prevalent movements of her era, including Impressionism, Fauvism, and Expressionism. Long compared to Maurice Prendergast for her grand brushtrokes, expressive line, and explosive colors, she developed a style of her own, "a sensuous place in the commonplace movements of nature" as stated by Jonathan Joseph.

While in Europe, Peterson returned frequently to Venice, where she liked the capture the changing effects of light shimmering on the canals, the bridges and the passersby with vivid colors and loose brushwork, as exemplified in the present work. The scene features, just above canal level, the elegant 16th century Ponte dei Bareteri, named after the local cap makers established in the area, as seen from nearby Ponte dei Pignoli, in the heart of Venice's San Marco's popular neighborhood. The composition boasts a fresh palette, and animated brushwork, as well as a calculated interplay of light (in the tunneled foreground) and shadow (in the majority of the canvas). Seen in diffused, rather than direct light, the scene conveys a sense of intimacy, inviting the viewer to penetrate the narrow canal and mingle among the locals. The pedestrians seen crossing the footbridge are rapidly sketched as elongated and pearlescent swatches of paint, reminiscent of the French Impressionist's bold use of colored pigments. Movement is present everywhere in the picture plane: from the pedestrians energetically crossing the footbridge, to the gloding gondolier; even the shimmering water speak for the lagoon city's hectic way of life. To that point, one can notice on the left hand-side of the work, a protruding windowed balcony: this is the Casino Venier, one of the most famous casinos in Venice, where noblemen would gather to gamble, a strictly prohibited recreation at the time. Today, the building houses the French cultural association Alliance Française.