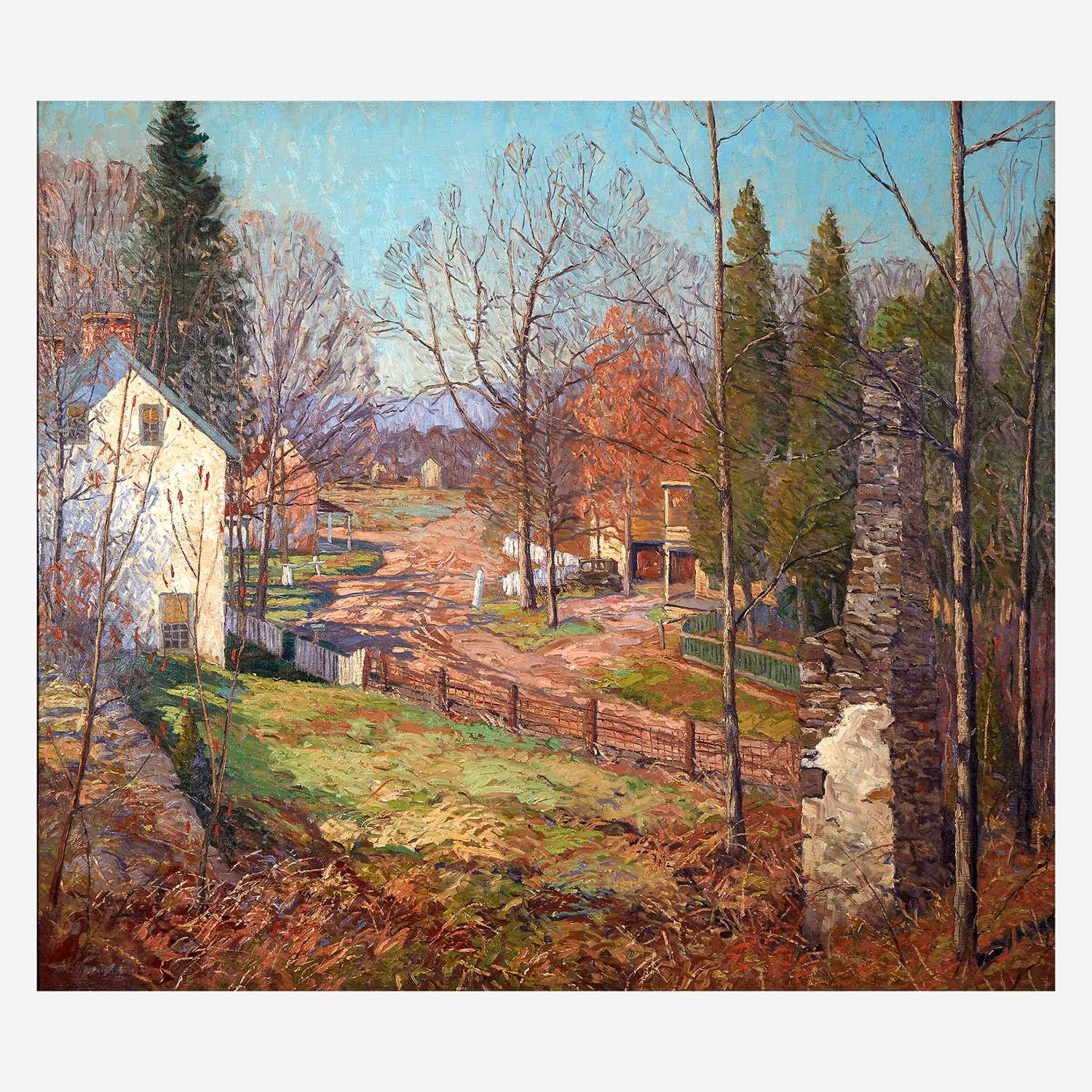 Nunamaker joined the New Hope School in 1918, well after its foundation. Foregoing his earlier career in advertising in the Midwest, Nunamaker moved east because he heard murmurings of the natural beauty of the Delaware River. As exemplified in the present work, Nunamaker's work was strongly influenced by Edward Redfield. In fact, the two artists lived and painted near each other in Centre Bridge, the famous British-sounding village depicted here. Although Redfield had very few students, he took Nunamaker under his wing, and taught him how to best capture the ever-changing effects of light, and suggest, through a vigorous and heavy impasto, the rugged beauty of the Pennsylvania countryside. The present work showcases how indebted Nunamaker was to his mentor, as we are presented with an impressively large atmospheric landscape, composed of a thickly layered impasto and a rich color palette made of deep oranges, browns and soft purples and greens - the embodiment of the luscious fall season itself.