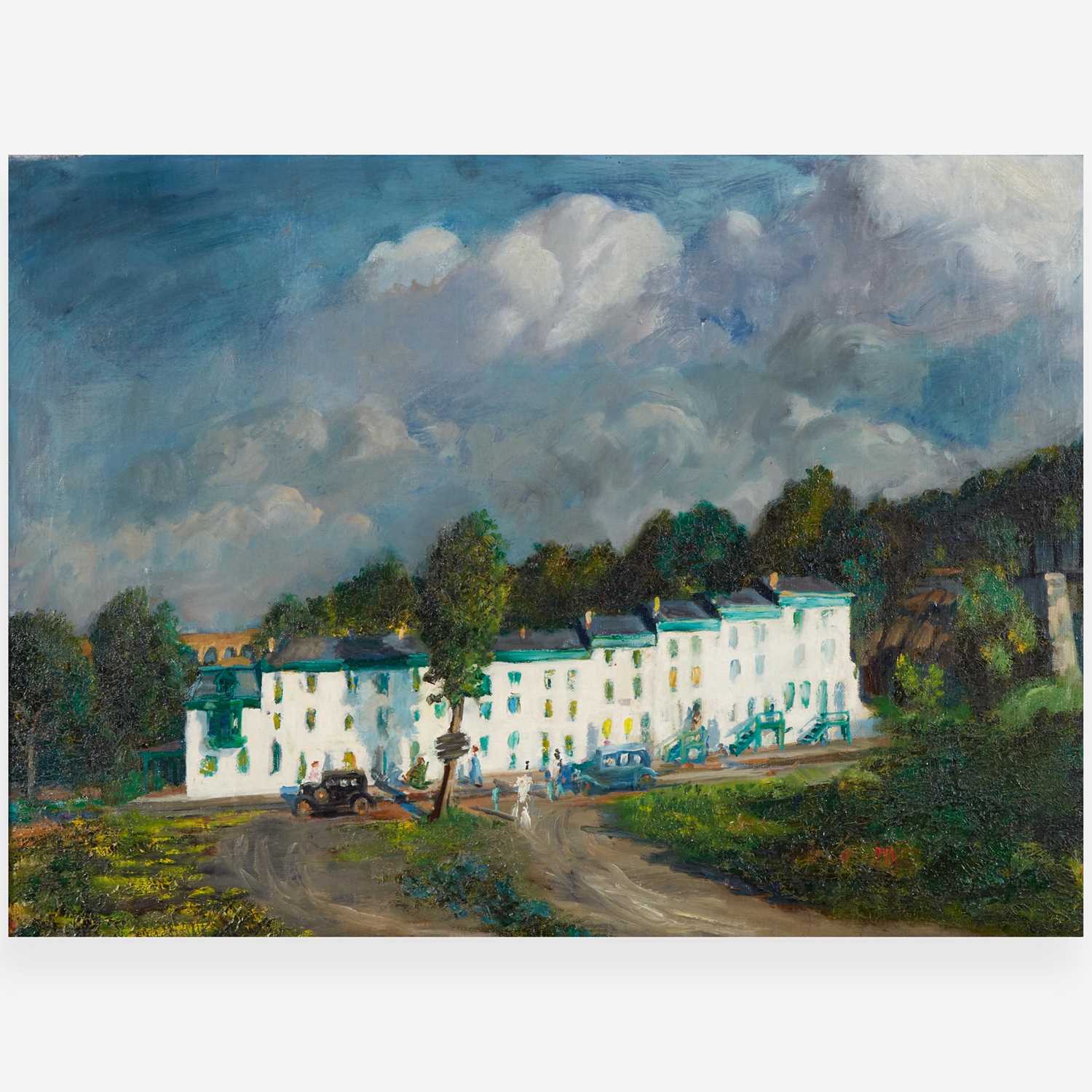 Rudolph's Row refers to the row of houses near the Schuylkill river in Lower Marion, which used to house the workers from the nearby Rudolph Paper Mill. The building was torn down in the 1950s to make way for the Schuylkill Expressway. An open area along the river bank between Rudolph’s Row and the Manayunk bridge was also known as a popular site for prize fights, vaudeville performances, carnivals, and gypsy encampments.