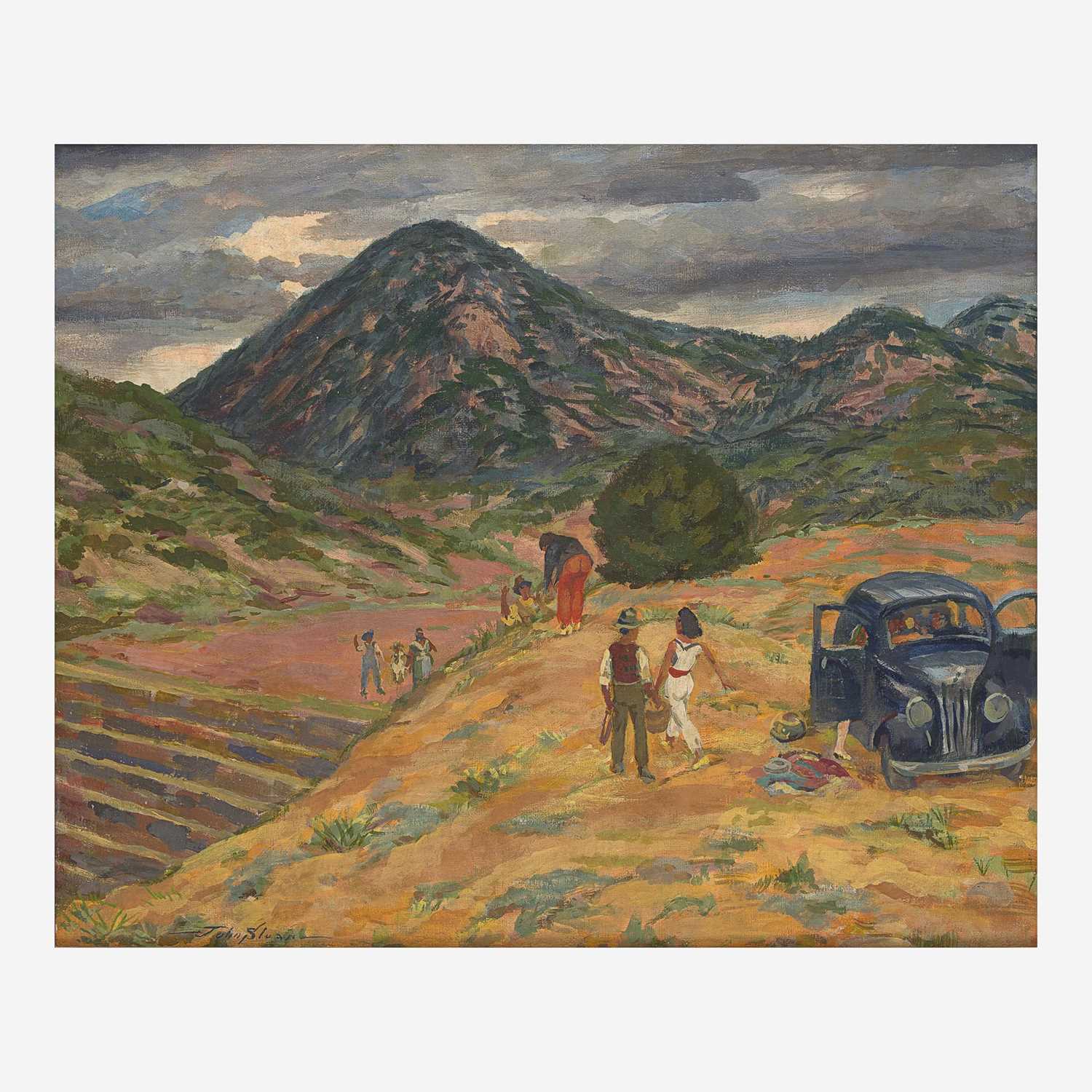 Picnics in Santa Fe such as the one depicted here were a great source of joy and entertainment for John Sloan, his family and his friends. As the artist said to describe the work: "A happy party taking a holiday lunch to a spot five miles out of town. This dam originally intended as a reservoir, became filled with silt so rapidly that its only function now is erosion control."