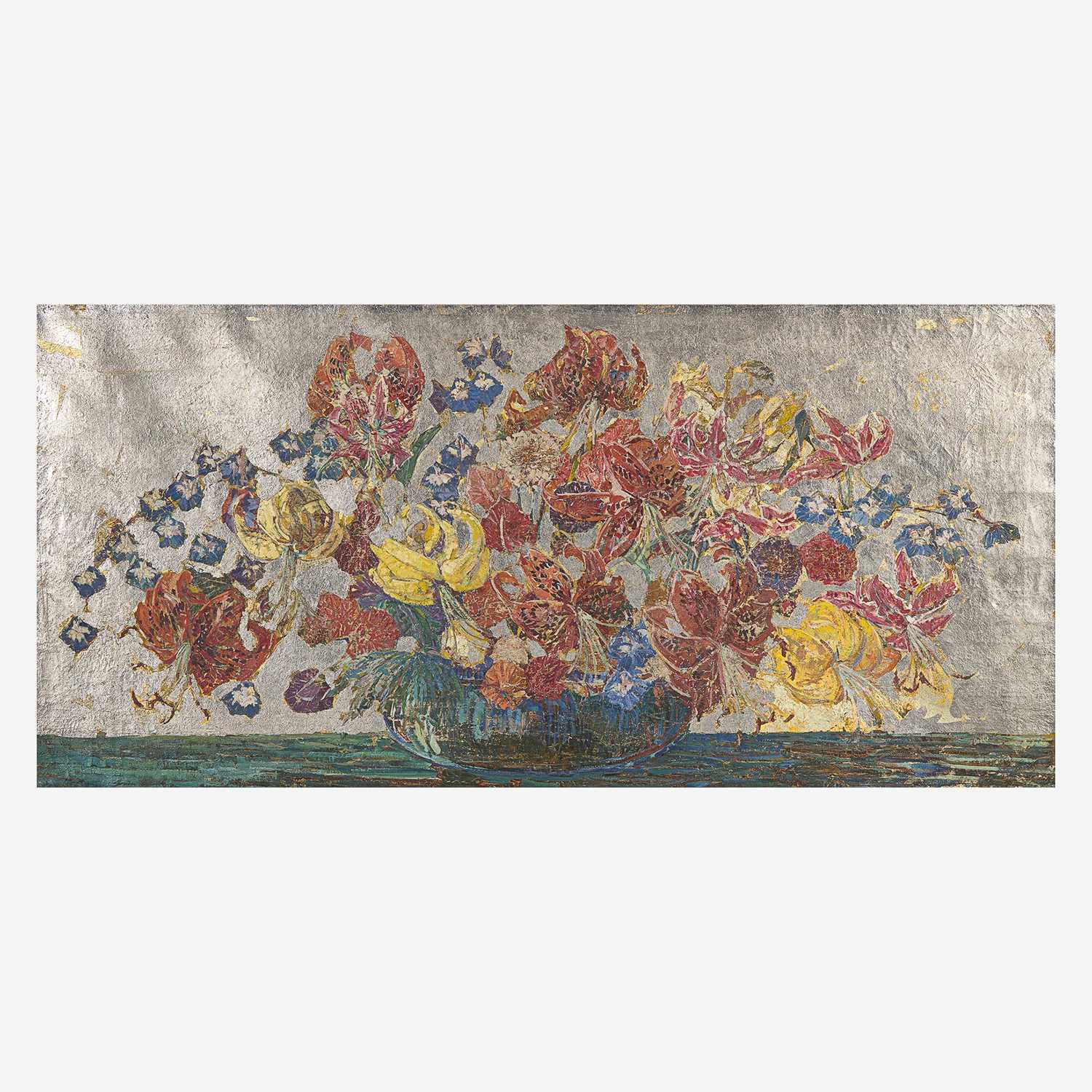 Mary Elizabeth Price made a name for herself by painting decorative floral panels and screens, which she rendered in a close-up, yet painterly manner, as shown in the present lot. Price started to explore the genre in the late 1920s and continued onwards, using the countless irises, peonies, poppies, lilies, delphinium and hollyhocks that grew in her lush garden at "Pumpkinseed Cottage" as her main source of inspiration. Through her captivating still lifes, Price revived an old technique of Italian Renaissance painting. Like the Florentine and Sienese artists of the 15th century, she used a bold palette of oil colors, which she richly applied to a gilded surface of gesso (sometimes covered by no less than sixteen different shades of mostly gold, sometimes silver leaf), preliminarily incised with intricate designs.

The present work is unusual as it depicts a flower arrangement in a horizontal format against a silver-only background. The use of silver ground, Price's restraint of color and the overall simplicity of the design, as well as the flatness of the arrangement all contribute to a highly decorative effect, which ties the artist with the Arts & Crafts movement of the time. The use of tiger lilies, an exotic flower which happened to be one of the artist's favorites, also indicates a Far-East inspiration, specifically Korean floral panels, which also typically stand against gold or silver ground so as to give a transcendental dimension to the work.