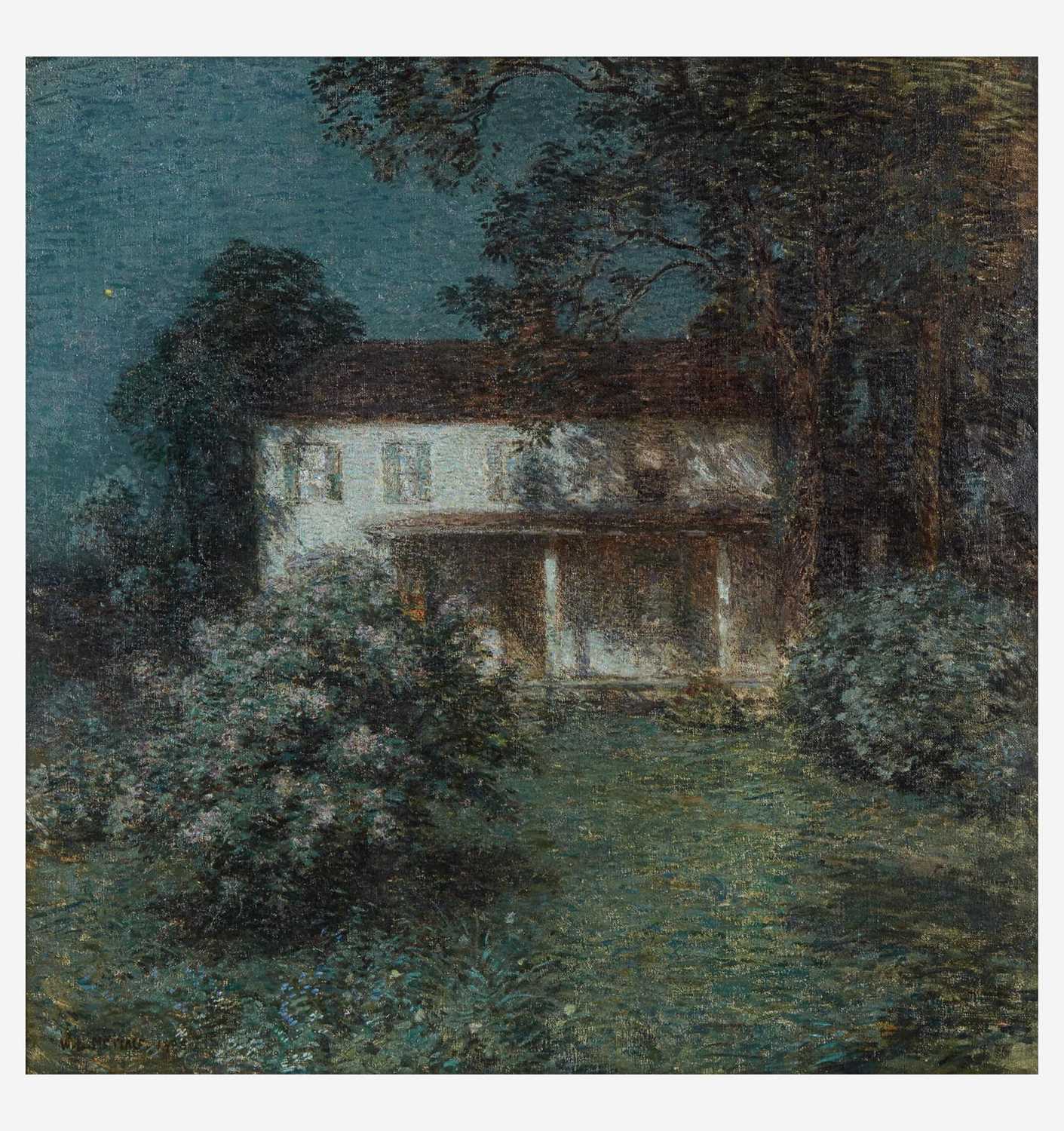 Known as the "poet laureate of the New England Hills," Massachusetts-based Willard L. Metcalf was a member of the Old Lyme Art Colony, one of the best known American art colonies and the first to embrace Impressionism. Along with fellow artists that included Childe Hassam, John Henry Twachtman and J. Alden Weir, Metcalf was also a member of The Ten, formed in 1898 as a rejection of the guiding principles of the more conservative Society of American Artists. He is said to have been the first American painter to ever travel to Giverny, home of Claude Monet. The winner of the Webb Prize at the aforementioned Society of American Artists’ Annual Exhibition, Metcalf was also an illustrator, and taught at both the Cooper Institute and the Art Students League. This was followed by a period of personal setbacks for the artist in the early 1900s, though it was to be followed by what is now referred to as Metcalf’s “Impressionist Renaissance.”

Metcalf started to paint nocturnes later in his career, and did so in an unusual fashion in that he avoided direct, expected representations of the stars and the moonlight, but instead focused on the refracted half-light and their effects. The present work is arguably one of Metcalf's most romantic paintings, providing ample evidence of his mastery of paint, through a staccato brushwork and an expertly restricted color palette. Far from being tempted by the sublime or even bound to a narrative, Metcalf here shows sole interest in the ambiance, the mood of the landscape by capturing its light, texture and colors. By doing so, Metcalf seems to apply Thoreau's methodology of experiencing, and communicating with the physical world. This newfound emotion towards the landscape highly contrasts with Metcalf's earlier, naturalistic period, and is in fact reflected by the mysterious title of the work itself, which gives carte blanche to the viewer to identify the location, and the meaning of the scene. Here, Metcalf explores the ordinary beauty of a night scene in New England, and captures the way the bushes and trees cast their half-amusing, half-menacing shadows onto the landscape, the way that a simple white house harmoniously blends in with its surroundings, becoming a part of nature itself. As Francis Murphy states, "what Metcalf succeeded in doing was making images of the physical world that never strive toward 'higher meaning.'"