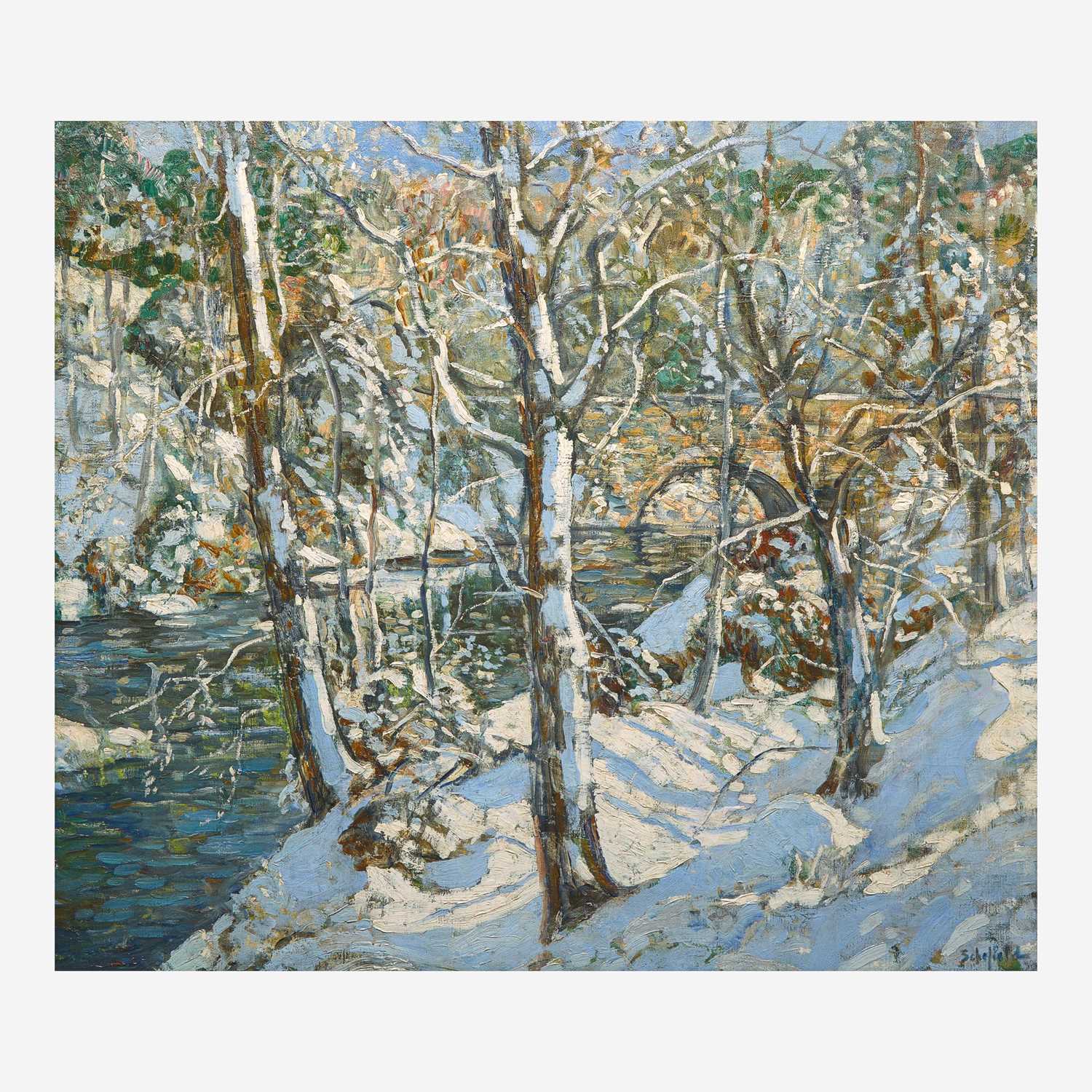 The present work likely depicts the Wissahickon, where Schofield regularly painted while staying with his brother Albert's family in Chestnut Hill from the 1920s to the 1940s. Executed en plein air, it is a particularly fine example of the smaller scale snow scenes produced by the artist in the 1920s and speaks to Schofield's newfound nostalgic, "eternal" artistic expression, in contrast with his early, more modern and social views which focused on working mills and rivers in France. Departing from the artist's larger and moodier canvases from the previous decade, Winter in the Park showcases Schofield's maturity and shows how influenced he was by Edward Redfield's bold and energetic touch. Here, the viewer is presented with a close-up view of a wooded stream, with a very low horizon line, giving us the impression to crawl in the snow, sheltered under the canopy of trees, and forcing us to concentrate on the aesthetic qualities of the work, replete with vibrant and brilliant colors. The turquoise flow of the river contrasts with the glaring white of the snow-covered banks, the dark trunks of the nearby birch trees, and the golden hues of the sunlit stone bridge in the distance, dotted with bold orange and reds, which serve to accentuate the shimmering aspect of the painting. Rapidly executed, yet tightly structured and highly realistic, the work conveys a sense of majesty and tranquility that forces the viewer's meditation, and contemplation, echoing Schofield's own feelings: "Nature is always vital, even in her implicit moods and never denies a vision to the real lover."