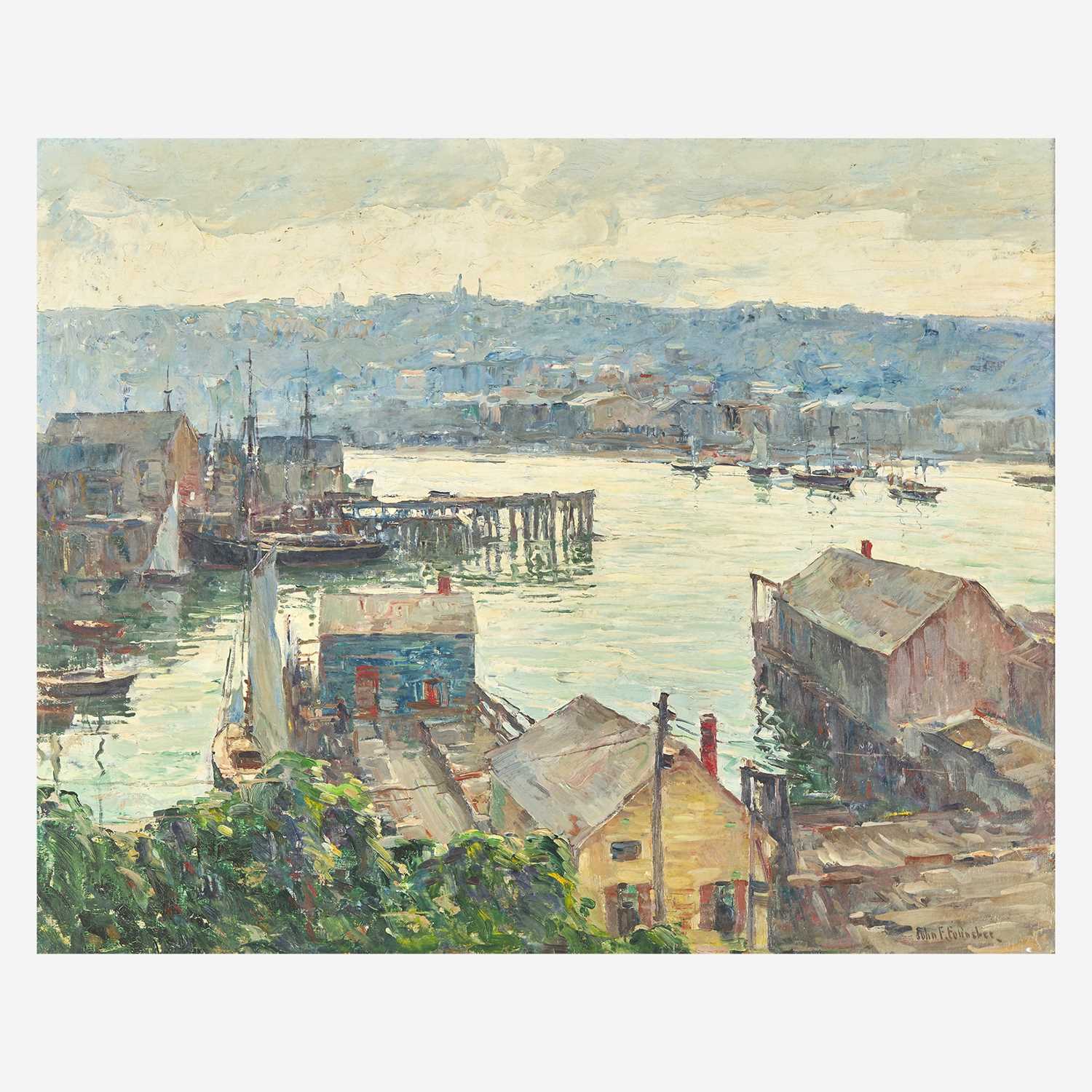 The Artist.
Grand Central Art Galleries, New York, New York.
Acquired directly from the above.
Private Collection, Connecticut.
By descent in the family.

The Artist.
Grand Central Art Galleries, New York, New York.
Acquired directly from the above.
Private Collection, Connecticut.
By descent in the family.

As many Pennsylvania Impressionists before him and contemporary to him, Folinsbee often spent his summers away from Pennsylvania. The artist first visited Gloucester in 1916 and continued to explore the picturesque region throughout the 1910s and 1920s, usually in the company of his good friends Jonas Lie and Harry Leith-Ross. The present work is a newly discovered canvas, one of approximately twenty oils the artist completed during this period. Contrary to the majority of the other works, all limited in size, Gloucester Harbor (Evening) is striking for its impressive, exhibition format, which suggests the artist had high hopes for it.

The work indeed displays a rather new color palette, made of soft, almost pastel-like colors (as opposed to pure touches of color), and a broader, smoother touch, which subtly contrasts with Folinsbee's earlier canvases made of short, rapid brushtrokes going in every direction. This new style can be seen as an inspiration from his immediate companions in Gloucester, but can also be linked to the general evolution underway in the 1920s-1930s among members of the New Hope School, who thought it necessary to differentiate themselves from the founding members of the group, such as Edward Redfield, to embrace a more modernist expression, and stay relevant in the art world.