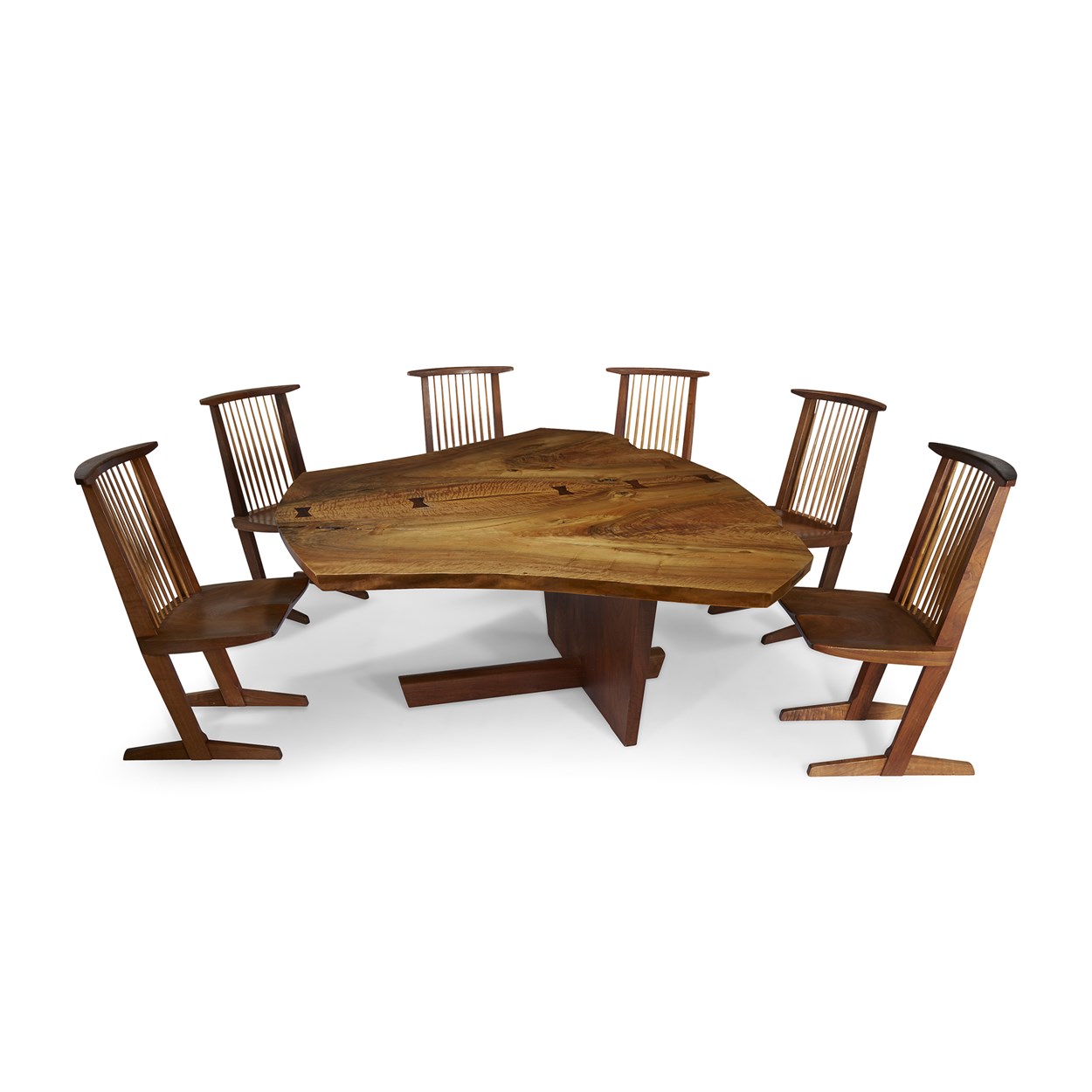 Built by George Nakashima for the family of Stanley Frosh, a prominent judge and close family friend, this impressive table is named for the Reception House (also known as the Sanso or Mountain Villa), the last building designed and built by George Nakashima on his New Hope, Pennsylvania compound from 1975-77. Today, the Sanso Villa showcases a number of Nakashima masterworks, including the earliest designed Sanso table, built for the space with two large bookmatched English walnut slabs. Nakashima's mastery is on full display in these monumental forms, highlighting the extraordinary crotch grain of the wood, cradled by a delicate support system. The Frosh table is likely one of the earliest of these Sanso forms, a design that was later adapted by George Nakashima for his even larger Altars for Peace. These Altars were meant to be placed on every continent, tables around which George envisioned people from all over the world coming together "for prayer, meditation and contemplation." George began the project in 1984 and it is continued today by Mira Nakashima and the George Nakashima Foundation for Peace.

Derek Ostergard, Full Circle, pp. 86-87 (for an image and discussion of the Peace Altars)

This work is accompanied by a photocopy of the original invoice fron George Nakashima Woodworker. We would like to thank Mira Nakashima for her assistance in the cataloguing of this work.