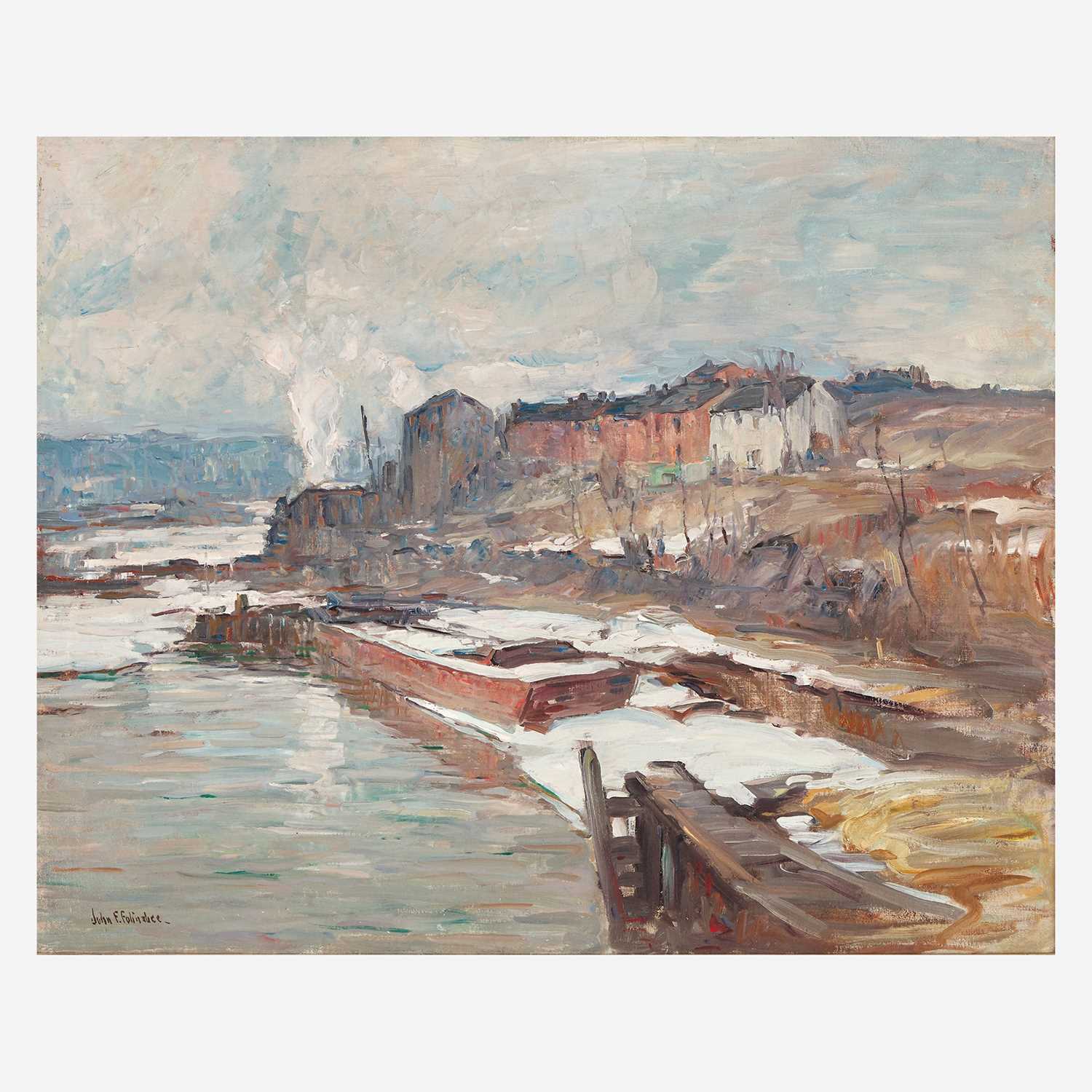 The Raritan canal (now Raritan and Delaware Canal) is a canal from the 1830s which helped connect the Delaware River and the Raritan River, mostly to transport coal from Pennsylvania to New York City.

The present work, named after the canal, dates from a period following Folinsbee's return from France, and as such displays "signs of a new emerging voice" as Kirsten Jensen explains. While the technique is still very much impressionistic, as seen by the myriad of short brushstrokes feathering the surface of the canvas, the work displays a new use of color (more muted, and in a way reflective of the environment), and relies on a strict structure which showcases a clear understanding of geometry. Here, Folinsbee introduces the first of his sculptural paintings, which hinges on the strong contrast between a heavy, immobile and large horizontal barge and the transient effects associated with the running water in the canal and the effervescence of the plumes of smoke seen in the background. As stated by Kirsten Jensen: "These mid-decade works have more substance than their predecessors and a subtle and entirely new energy and rhythm shifting and vibrating beneath their heavy blankets of snow.”