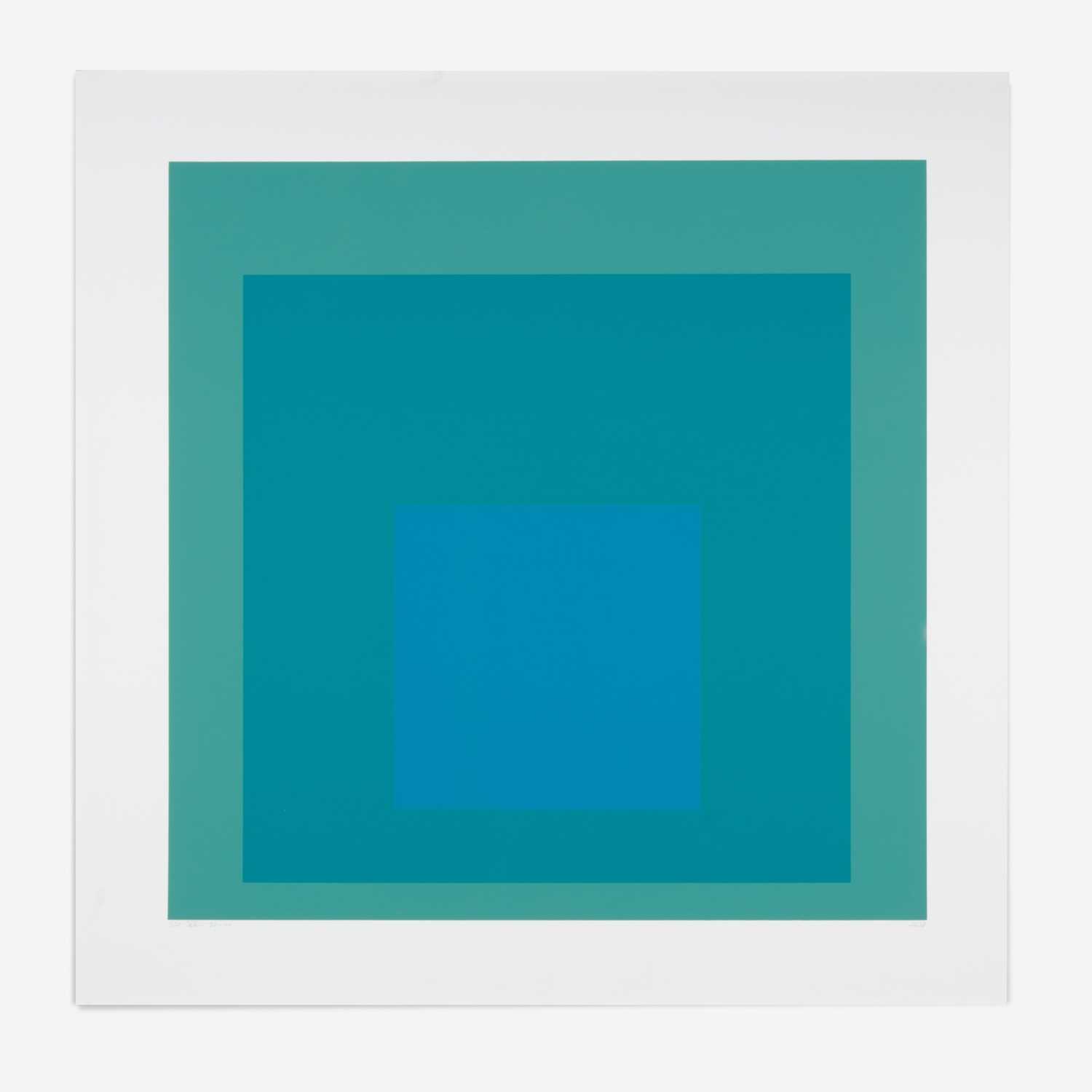 Born in Westphalia, Germany, in 1888, Josef Albers came to spend the greater part of his life in the United States, working as an artist, designer, and educator. In particular, his teaching career at the famed Black Mountain College and as the head of Yale University’s design department meant that he shaped the lives and careers of dozens of prominent American artists and designers; he was also a professor at the legendary Bauhaus in Germany in the 1920s. In his own artistic work, he is best known for his stark, colorful works of geometric abstraction, which have been shown in prominent institutions around the globe.

These abstract color-theory works have routinely achieved impressive results at Freeman’s; Albers’s influence on the field is felt through continued market demand for his works. White Line Square, Series I exceeded its pre-sale high estimate in 2017 to achieve $27,500; another portfolio of color-block works, Six Variants (Portfolio of 6), sold for $16,250 in 2019. Albers’s Gray Instrumentation Ij exceeded its pre-sale high estimate by almost three times in 2021 to achieve $10,710.

Albers’s emigration to the United States was sparked by the crisis of the Nazi regime in Germany; his teaching post at the Bauhaus was severed when the school was shuttered under Nazi pressure. During his time teaching at the Black Mountain College in North Carolina and at Yale, Albers developed his own distinct artistic style, characterized by a deep, abiding interest in color theory. In the 1950s, Albers embarked on a series of paintings called Homage to the Square, perhaps the most recognizable of his works: square shapes nestled one inside of the other, rendered in bright, sharp color on canvas.

So devoted was he to color theory that he even authored a book, Interaction of Color, that outlined his personal philosophy toward color as an artist and a teacher. His enduring influence has lived on in many ways, including through the work of his students—Robert Rauschenberg, Eva Hesse, and Richard Serra among them.