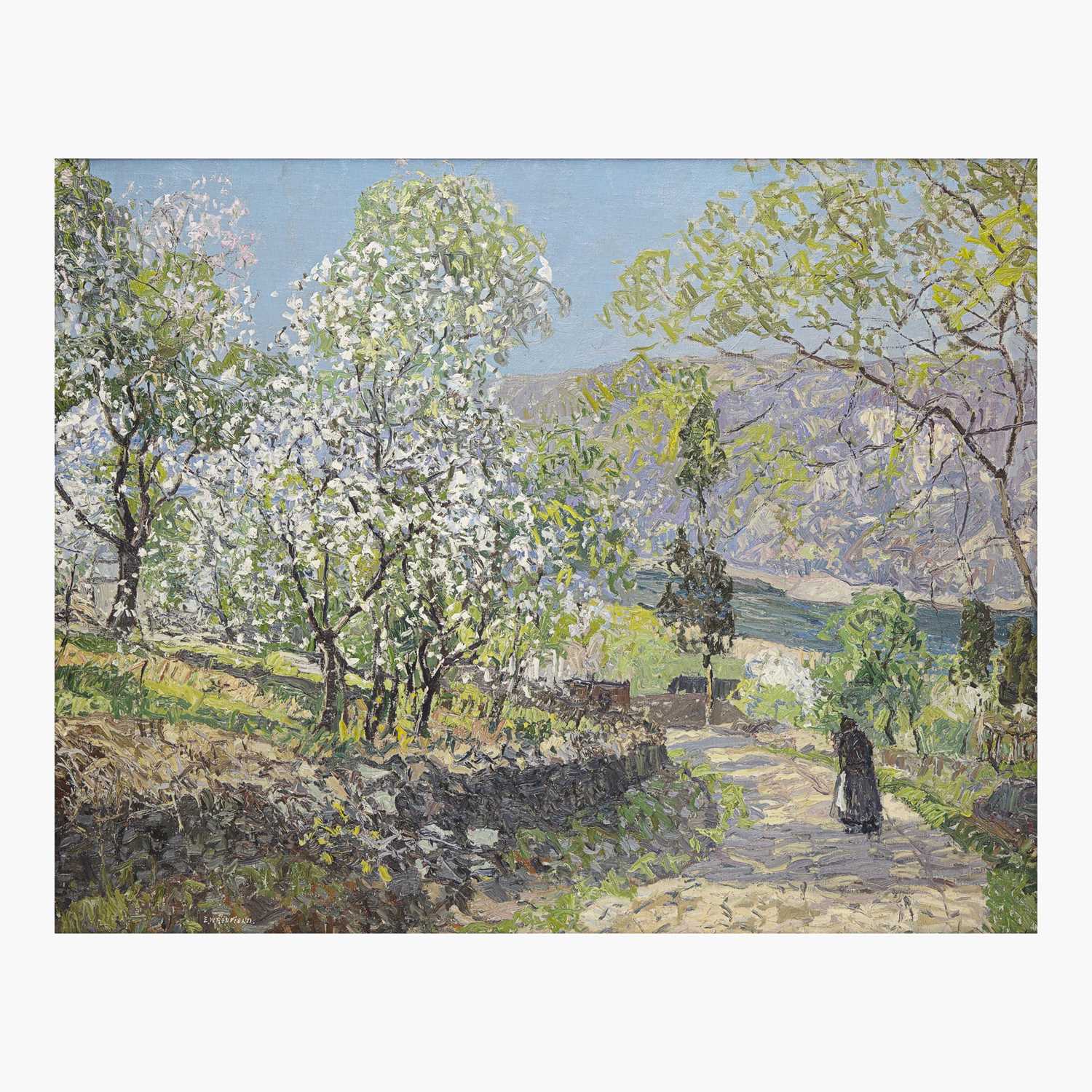 The present work will be included in the forthcoming Catalogue Raisonné of Edward Redfield's works being compiled by Dr. Thomas Folk.

In 1898, Edward Redfield and his wife Elise moved from Glenside, PA to the Belle Island Farm in Centre Bridge, just five miles north of New Hope, along the Delaware River and canal. The bucolic region became the artist's most favored subject; one he captured in every season from his studio in Point Pleasant. Redfield started to set numerous spring scenes there in the 1910s, thus showing an early attachment to the locale, further confirmed in a 1929 interview during which the artist confessed: "there is a real 'church': go there at sundown and watch the changing colors in earth and sky and water. it is a place to worship."

Executed en plein-air, "at one go," the present scene depicts in thick and short brushstrokes the titular narrow dirt road leading to the river, seen in the distance. The path itself is a recurring compositional device used by Redfield, and often placed in the foreground to convey a sense of immediacy and ultimately invite the viewer to penetrate the picture plane and experience a vision "full of lush air and running water and breeze," as described by Albert Sterner who was awestruck when he first discovered one of Redfield's similar "brave blossom pictures." The dashes of verdant greens and sand tones in the foreground successfully complement the white and pink buds of the cherry trees on the sides, and together form a bright symphony of colors. The scene abounds with brightness and life. Redfield applied paint very quickly, leaving some areas of the canvas completely bare. Such a trait further confirms that the artist never sketched his work, using his initial impulse toward the canvas to express the rawness and the energy of spring.