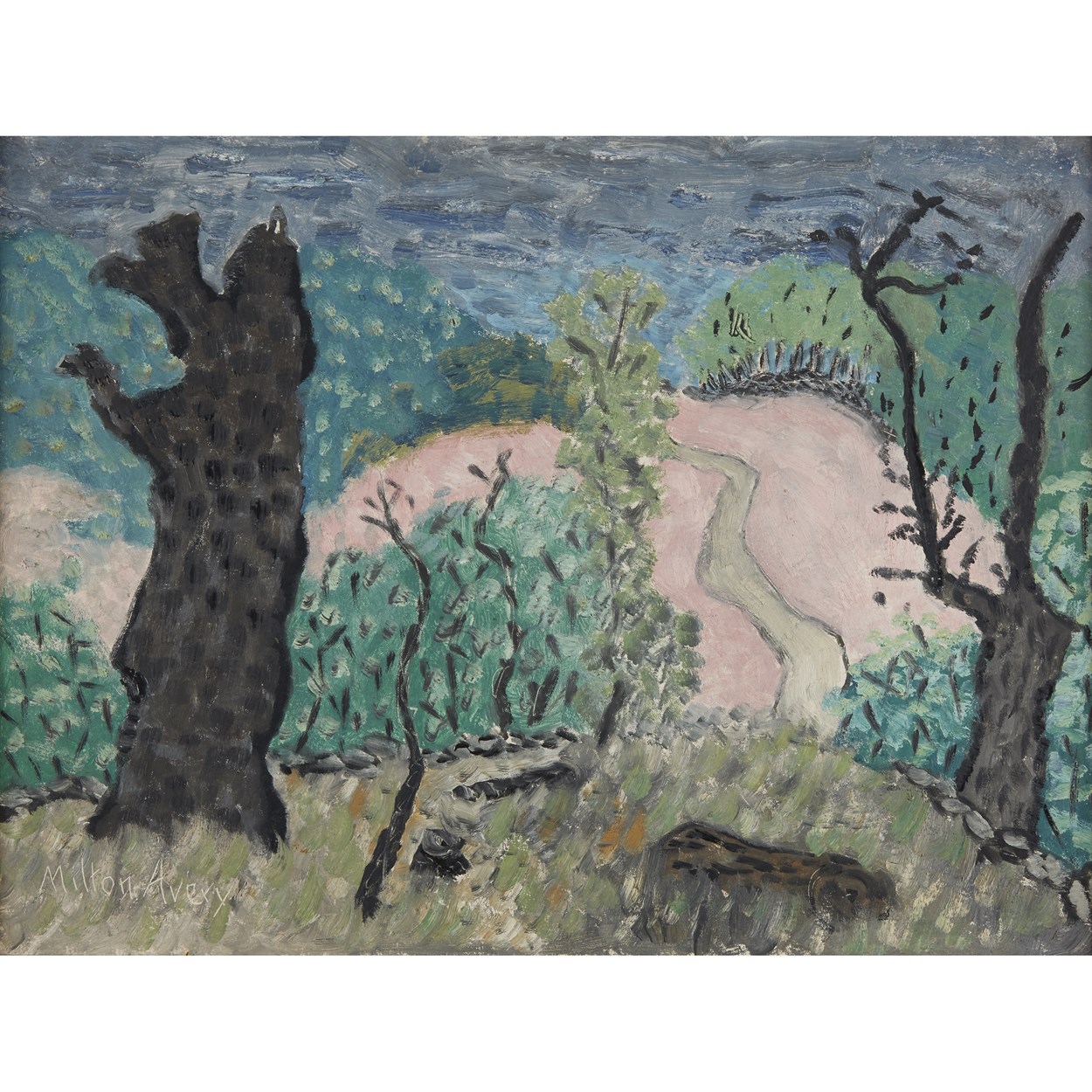 We wish to thank the Milton and Sally Avery Arts Foundation for confirming the authenticity of the present lot.

Born in Altmar, New York, a young Milton Avery worked multiple jobs to support himself and his family in Hartford, Connecticut from 1901 to 1924. During this period he also took evening classes at the Connecticut League of Art Students studying life-drawing. In 1925 he moved to New York City and in 1926 he married fellow artist Sally Michel. From this time forward he was able to devote himself to painting full-time and continued to do so despite periods of ill health throughout his prolific career.
Known to many as the 'American Fauvist,' Avery painted the world around him - his family and, importantly, the landscapes by which he was surrounded. Avery carefully observed nature in the countryside surrounding Hartford, Connecticut, which was pivotal in the development of his early landscapes and consistently throughout his life. At the beginning of his career, Avery painted in oils on canvas immediately from nature, only later beginning to paint from sketches. His unique, mature style manifested itself in broad swaths of bold color and large, chunky shapes rather than detailed renderings. Avery's work deftly falls somewhere between extreme abstraction and academic, representational realism, making his oeuvre distinctive and highly recognizable. He was influenced heavily by the New York art scene, specifically European Modernism. Pablo Picasso (especially his Rose period) and Henri Matisse, and these masters' use of color and hue, strongly affected Avery. As stated by artist Hans Hoffman, "Avery was one of the first to understand color as a creative means." He introduced new formal possibilities to American painting of his time and, in doing so, inspired a younger group of artists including Barnett Newman, Adolph Gottlieb, and Mark Rothko.
The present lot is a very representative example of the type of landscapes for which Avery is so well admired. The colorful, semi-abstract composition exhibits bold yet nuanced hues of blues, blacks, pinks and greens. The deep, dark silhouettes of the trees stand out on the backdrop of a moody sky, and the road draws the viewer inward and upward as it undulates its way through the scene. A master of color, his use of brighter pink contrasts with the darker tones, as the entire scene vibrates with energy and light.