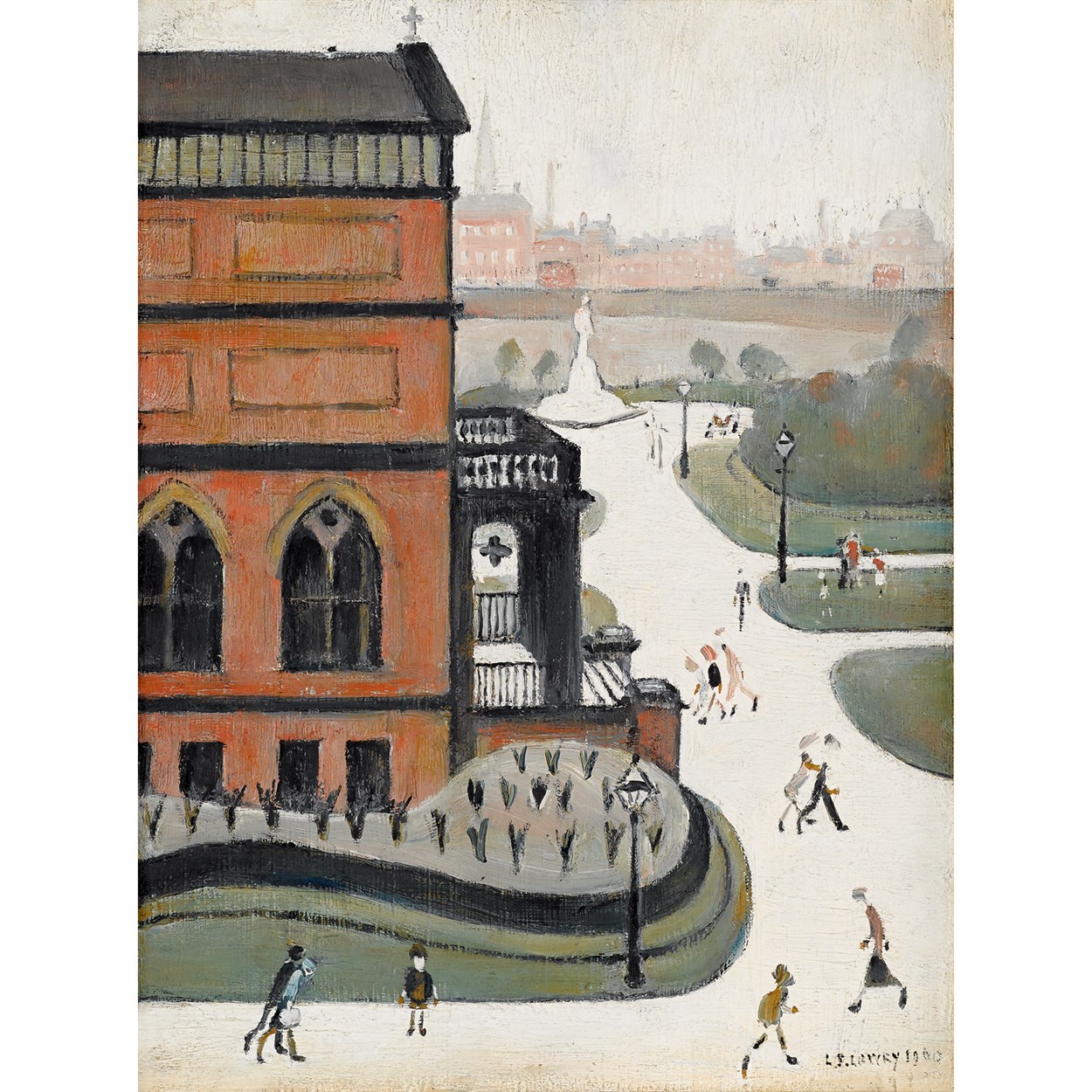 The Lefevre Gallery, London.
Acquired from the above.
Private Collection, Pennsylvania.

The Lefevre Gallery, London.
Acquired from the above.
Private Collection, Pennsylvania.

The present painting will be accompanied by a copy of The Lefevre Gallery catalogue, "New Paintings by LS Lowry," October, 1961, featuring this work (illustrated).

One of the undisputed favorite twentieth century British painters, L.S. Lowry's northern industrial landscapes populated by half-unreal 'matchstick men' have been endlessly documented and dissected. His paintings are housed in numerous important royal, private, and public collections, most prominently in The Lowry, a gallery devoted to his work and located in Salford, where he was born, and also the site of the present painting. Iconic and easily identifiable in style, Lowry's paintings featuring factories and textile mills populated by working men and women in a state of coming-and-going are nowhere as naïve or simplistic as they appear on first examination. While he described himself as "a man who paints" rather than an artist, Lowry studied at the Manchester School of Art and the Salford Royal Technical College, ultimately developing his very own unique style. The throngs of 'matchstick men' that haunt Lowry's canvases were, according to the artist, "[...] part of a private beauty that haunted (me). I loved them and the houses in the same way: as part of a vision." Peel Park, Salford was one of his best loved subjects, and is here treated in the artist's straightforward but dreamlike manner. Acquired by the present owner's family directly from the Lefevre Gallery, it is presented at auction here for the first time.