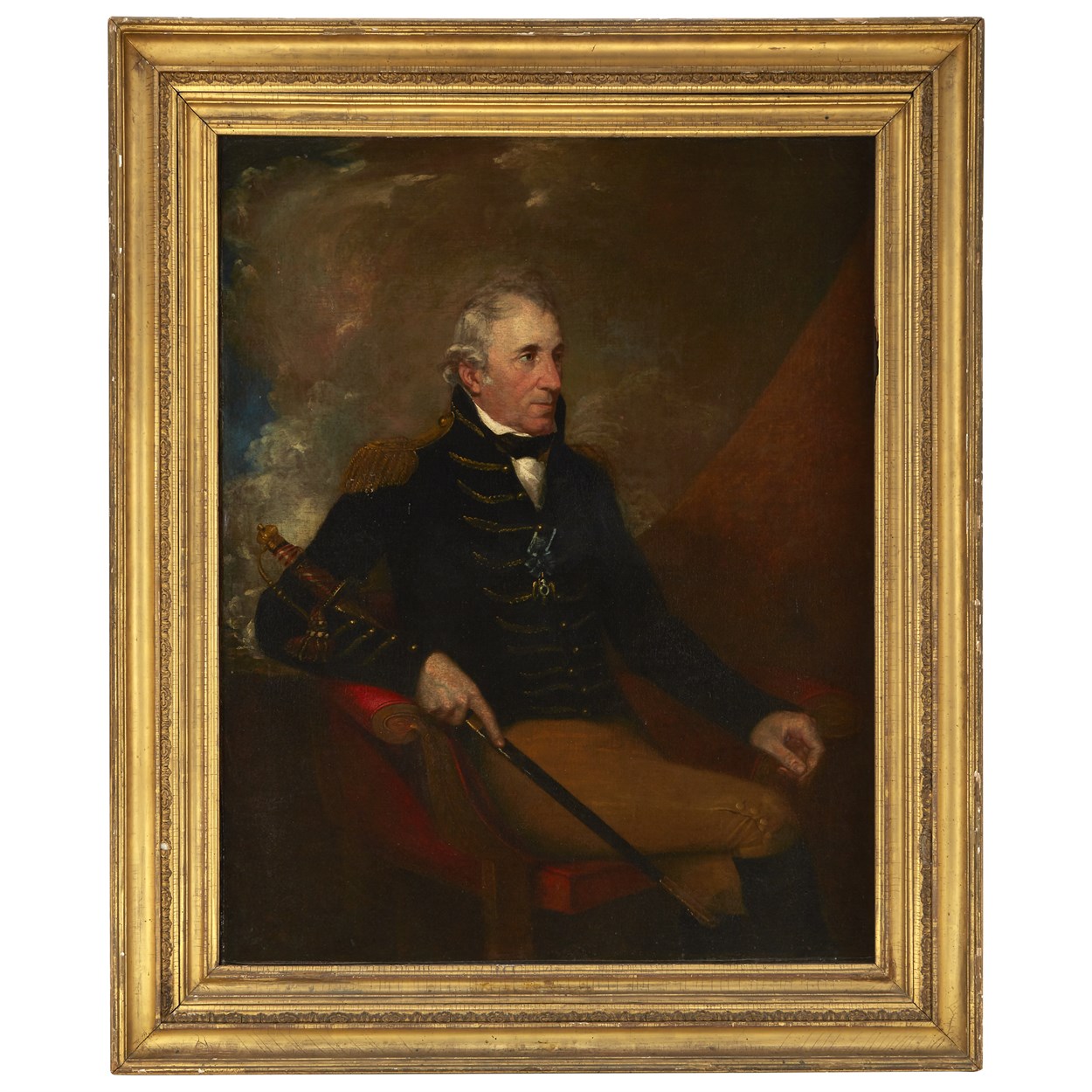 Provenance: By descent in the Pinckney family to the present owners.

Provenance: By descent in the Pinckney family to the present owners.

Though born in Charleston, Thomas Pinckney spent most of his youth in England. He was educated at Westminster School and Christ Church College and studied law at the Middle Temple. Pinckney returned to South Carolina in 1774 and was admitted to the Bar and began a law practice. A staunch supporter of American Independence, Pinckney joined the First South Carolina Regiment- as a Captain in 1775, was responsible for drilling and recruitment of soldiers and involved in fortification engineering. He served as an aide-de-camp to General Horatio Gates and was wounded and captured at the Battle of Camden. In 1781, Pinckney served under the Marquis de Lafayette in Virginia.
After the completion of the War of Independence, Pinckney returned to his legal practice and plantation management. He was elected Governor of South Carolina in 1787, and presided over the South Carolina State convention to ratify the Constitution. Pinckney later served in the South Carolina House of Representatives. From 1792 to 1796, Pinckney held the position of Minister to Britain under President George Washington and in 1795 was asked to serve as a Special Envoy to Spain. In that role Pinckney negotiated the Treaty of San Lorenzo which granted Americans the privilege to use the Port of New Orleans with access to the Mississippi River. It also established a clear boundary between Spanish Florida and the United States.
Upon return to the United States Pinckney was nominated as the Federalist candidate for President in the election of 1796. He came in third place after, Adams and Jefferson. Pinckney served in the U.S. House of Representatives from 1797-1801.
Pinckney returned to military service at the request of President James Madison during the War of 1812, with the rank of Major General in charge of the Southern Division of the U.S. Army. A founding member of the Society of Cincinnati, Pinckney became its 4th President General, succeeding his brother, Charles Cotesworth Pinckney.

The brilliant inventor-artist Samuel Finley Breese Morse of Boston spent the winters of 1817 through 1821 working in Charleston, painting portraits of the city's elite. His father, a Congregationalist minister, Jebediah Morse, was a friend of Charles Cotesworth Pinckney, Thomas's brother, and his maternal uncle, James E.B. Finley, was a well-known Charleston physician. The latter wrote to his nephew June 16, 1818, "I saw old General C.C. Pinckney yesterday, and he told me in his laughing, humourous way, that he had requested you to draw his brother Thomas twenty years younger than he really was, so as to be a companion to his own when he was twenty years older that at this time, and to flatter him, as he had directed Stuart to do." Morse painted both Pinckney brothers.