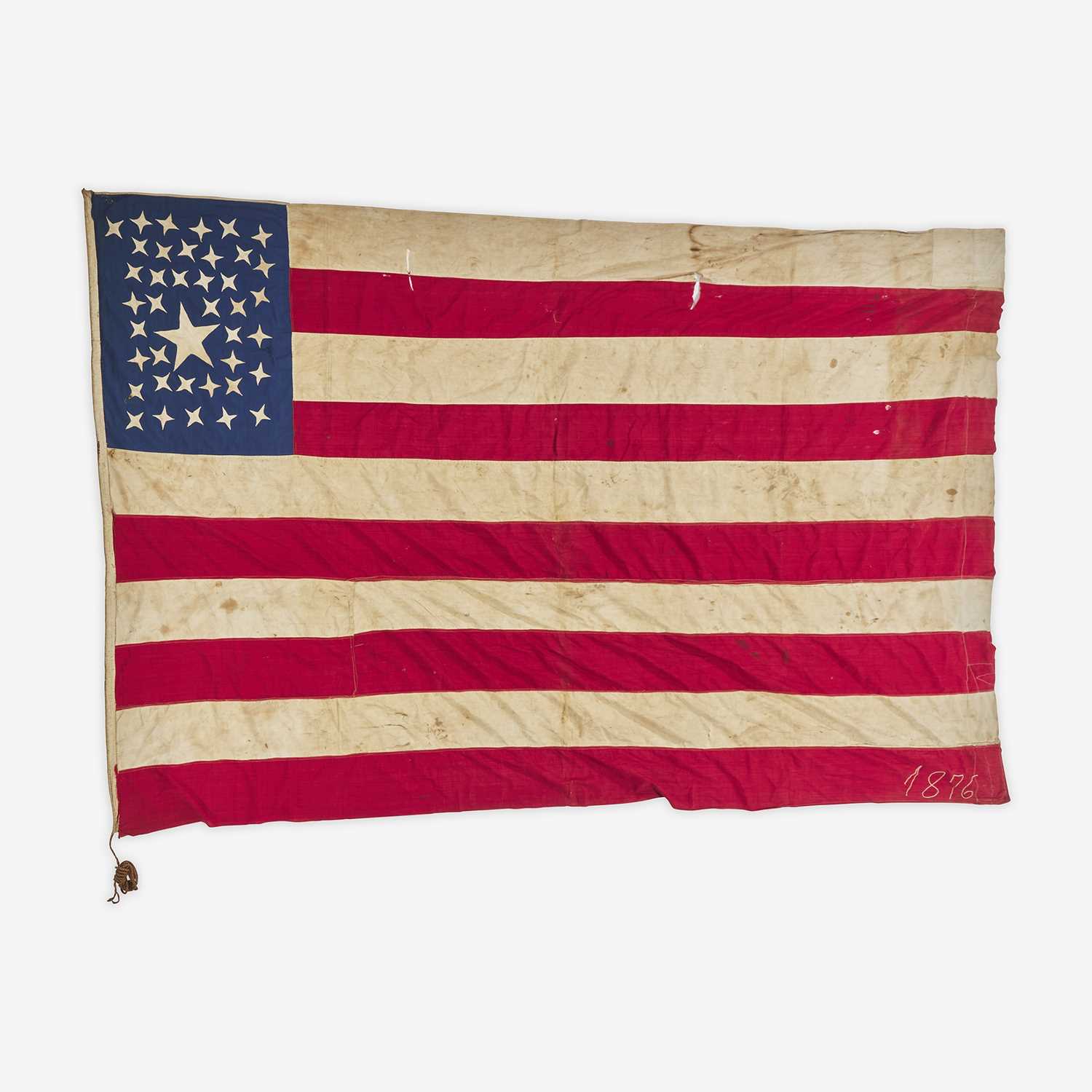 Nancy Druckman, Jeffrey Kenneth Kohn, American Flags- Designs for a Young Nation (2003) p. 72, illustrated with commentary, "This rare and possibly unique flag commemorates the fact that on November 2, 1889, the Dakota Terriotry was admitted to the Union as two states- North and South Dakota- the 39th and 40th States. 39-star flags were produced under the assumption that the Dakota Territory would be admitted to the Union as a single state. This unusual Flag exhibits not only a hand-sewn double four-sided canton, but extremely rare four-sided stars. It is also unusual in that the top stripe is white."