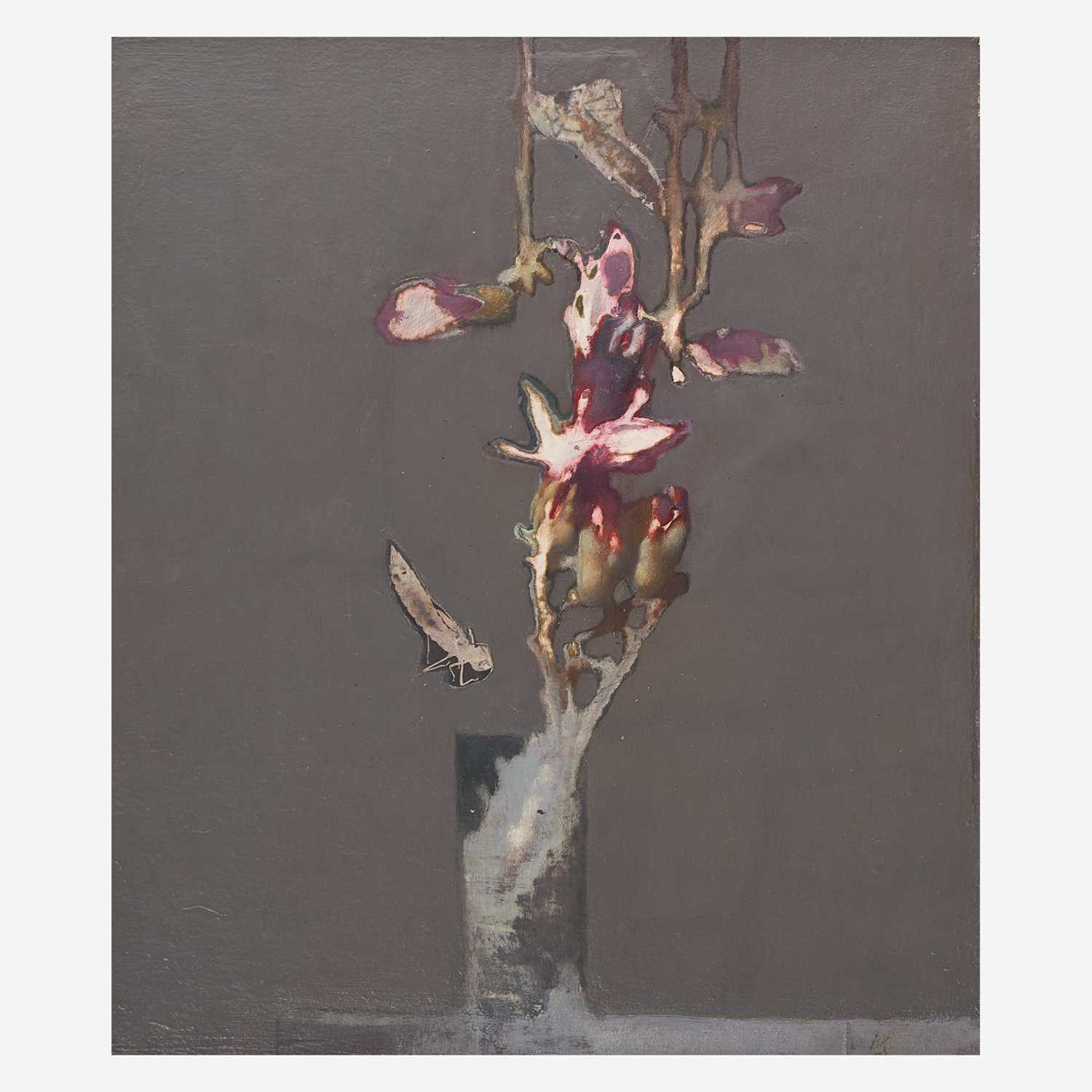 Initialed and dated '79' bottom right, oil and collage on panel

Initialed and dated '79' bottom right, oil and collage on panel

Note
Bruce Kurland began his career in his native New York, where training at the National Academy and Art Students League instilled an appreciation for early Dutch and French still life painting. After a few gallery exhibitions in the 1960s, Kurland left the city in pursuit of a quieter life in rural New York, eventually establishing a permanent studio in Buffalo. Inspired by his bucolic surroundings, Kurland developed his most recognizable and popular work - surrealist still lives of plants, animals, and everyday objects with allusions to mortality and time. In Magnolias and Damsel Fly Nymphs, the self-predatory flies swirl around decaying branches while the pinks and reds imbue vibrancy and life into the painting. Paintings such as Arrangement with Magnolias depict a pitcher balancing precariously on its edge, defying gravity and suspended in time. By employing bright, cheerful colors to capture the oft-melancholic subject matter, in Kurland’s paintings are at once haunting reminders of our own impermanence while remaining reverent to the natural world.