DAVID MCDERMOTT AND PETER MCGOUGH (AMERICAN)
"CONSUMED BY HIS ART - 1920" 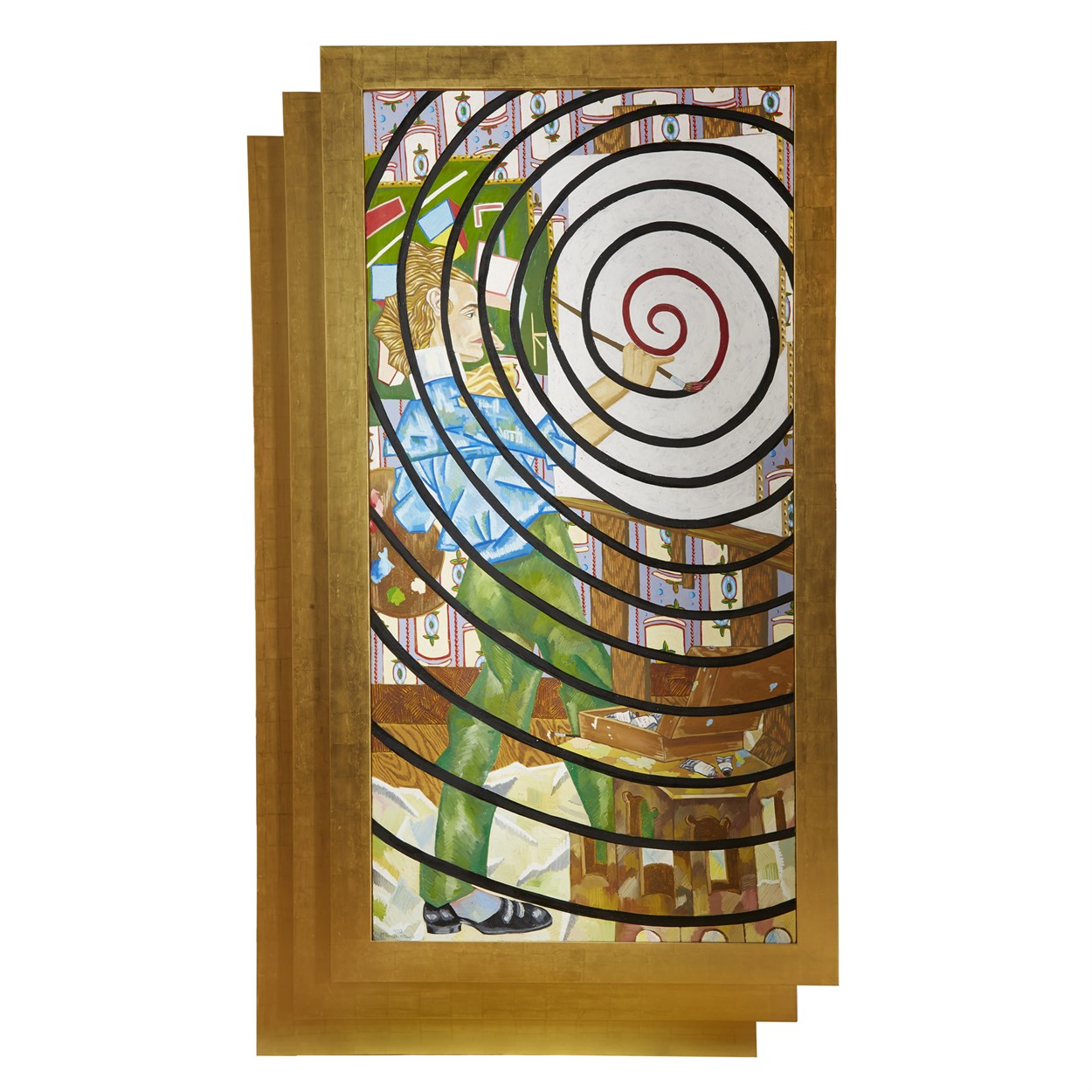 DAVID MCDERMOTT AND PETER MCGOUGH (AMERICAN)
"CONSUMED BY HIS ART - 1920"

NOTE:
Shown here as framed (not an artist's frame).

NOTE:
Shown here as framed (not an artist's frame).

Artistic duo McDermott and McGough both studied at the University of Syracuse in the 1970s, and in the 1980s, they lived in New York's East Village, fully immersed in both their public and private personas as if living in the Victorian Era. In an effort to separate themselves from the actual time period in which they lived, they completely changed their modes of dress, travel, furnishings and manners to fit fin-de-siècle styles and means. By comporting as dandies of a bygone era, the pair demonstrated through both behavior and art work that the past can have a strong influence over modern and contemporary times. Well known for their work in both photography and painting during a time where appropriation was an important theme in the art world, the pair's practice was extreme. Wearing old fashioned smocks when painting, they limited themselves to materials that would have been used in the early 20th century including lead gesso and rabbit skin glue primer on linen tacked (not stapled) to recycled stretchers. McDermott and McGough would often backdate their works, labeling them as though they had been executed in the past as well.

The present lot is an excellent example of a backdated painting and represents an artist deep in his work. Wearing attire appropriate for the early 1920s, the work is representative of what the duo referred to as a "Time Map," intended to take the viewer back to another time period. The spiral imagery, which recalls the feeling of being brought back in time, along with the fractured figure and background, transport the viewer into a seemingly new dimension.