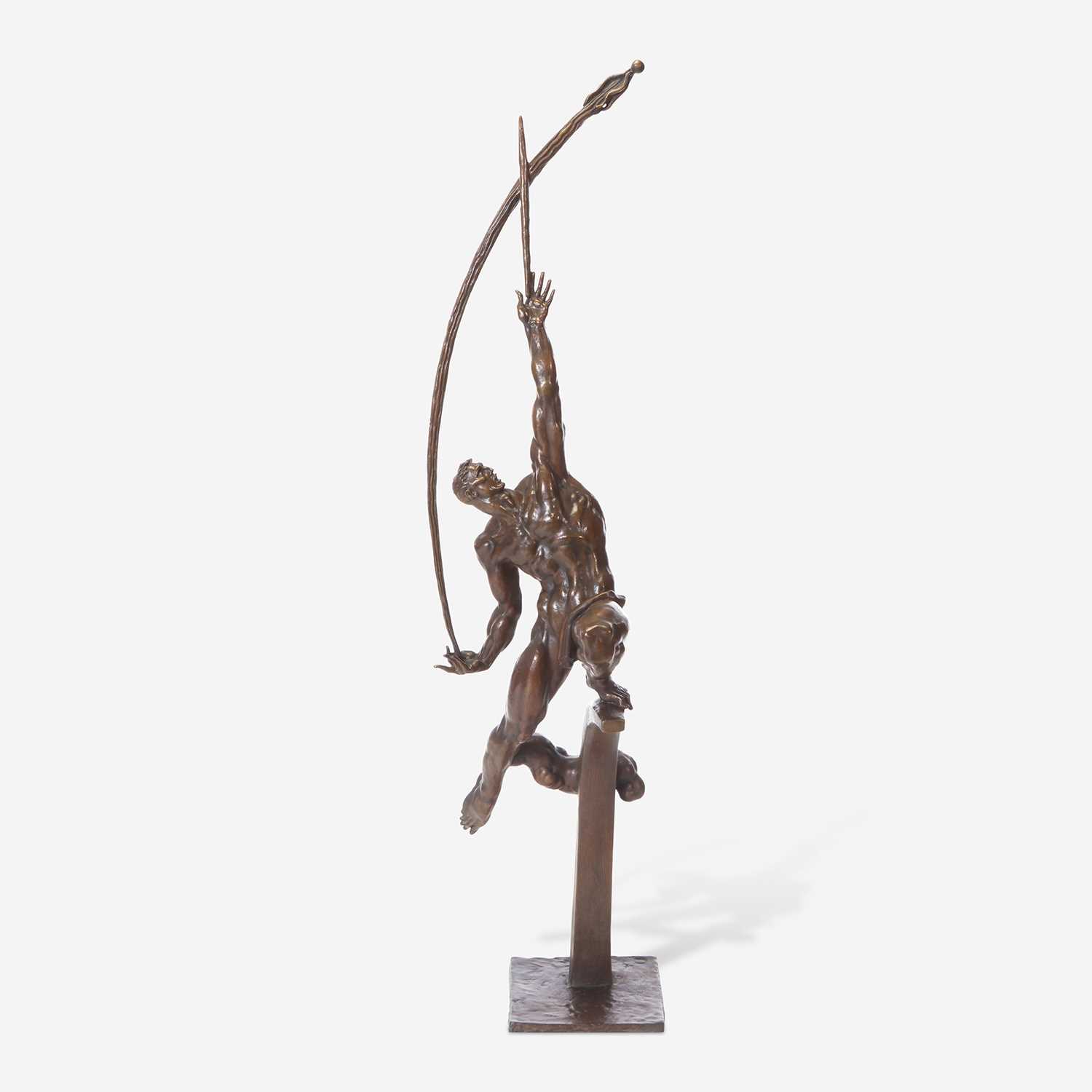 The Rocket Thrower is an important work of Donald De Lue's, which the sculptor presented at New York World's Fair in 1964. "Peace Through Understanding" was the slogan for the fair, and "Man's Entry into Space" was its major theme. Rising forty-five feet into the air on the main axis, the work was meant to suggest "man’s relationship to space and his venturesome spirit backed up by all the powers of his intelligence for the exploration of a new dimension while channeling older models." Executed in merely six months, the work was one of the most difficult De Lue ever completed, and even had to be cast in Italy to meet the increasing demands of the Fair's committee. Channeling aspects of the Antique sculpture and more recent models like Antoine Bourdelle's Archer, the work received mixed-reviews. However lukewarm some critics may have been, they contributed to to the sculpture's posterity, and even bestowed it an iconic status, symbolically making it the visual separation between figurative art and abstract art in sculpture.

The present work is part of a series of reduced bronzes approved by the Fair Committee for commerce.