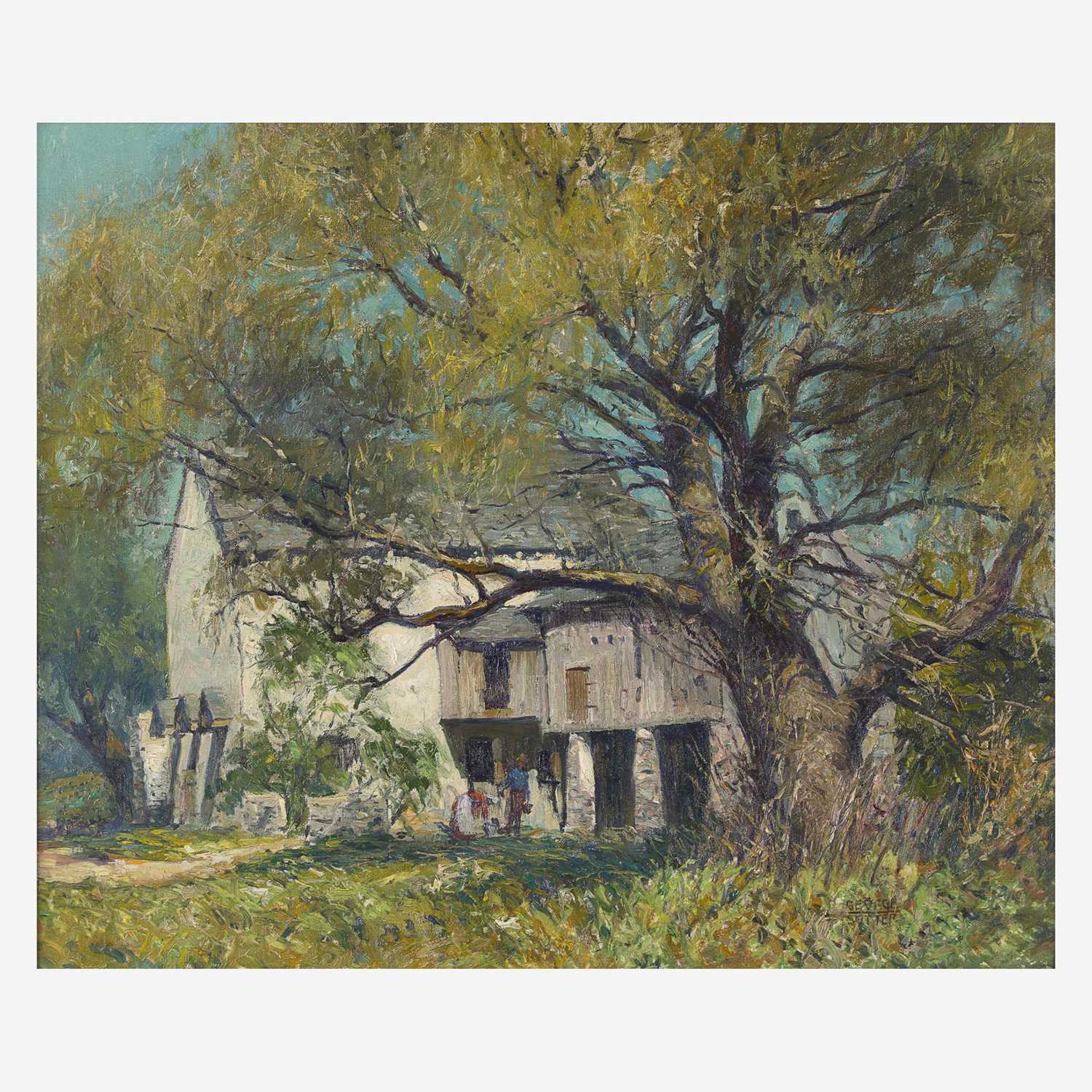 The present work was executed shortly after George Sotter's return from California, and definite departure from Pittsburgh. The artist's move to the countryside marks a new interest in pastoral scenes, and a clearer, brighter palette not dissimilar to Redfield's - Sotter's former instructor. The spirit of the Father of Pennsylvania Impressionism can be see here in the acidic greens, yellows and the energic brushwork which capture the untamed, lush landscape of Bucks County. The painting here seems to depict the artist's studio, a Quaker farmstead known as Walnut Grove Farm, located on Ash Mill Road in Holicong, Pennsylvania.