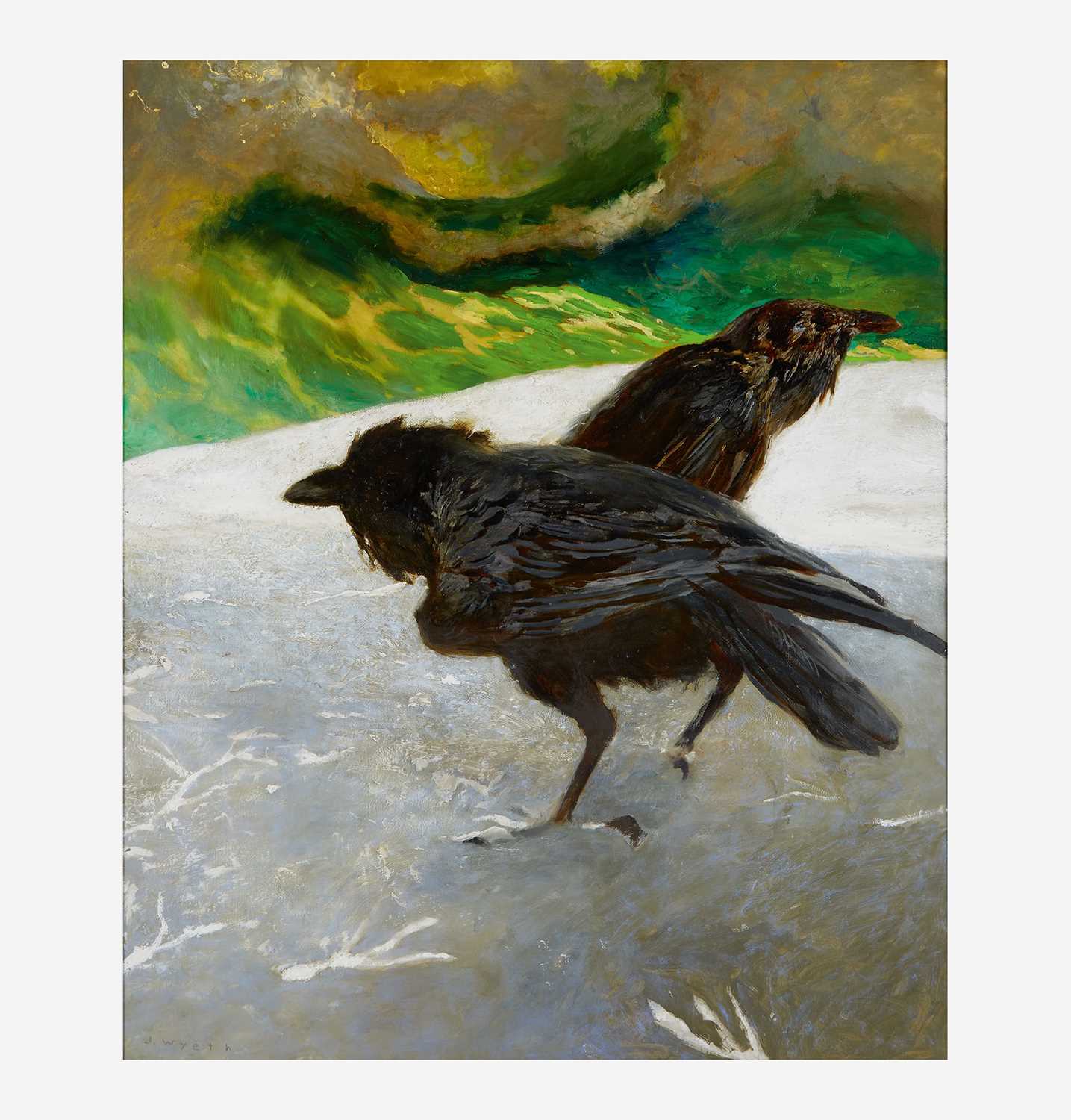 Executed in 1997, the present work belongs to a series of works by the artist that centers on the distinctive wildlife of coastal Maine, with notable portraits of crabs, fish and birds (see for example Ice Storm Maine, from the Rockefeller collection sold at Christie's on May 8, 2018, lot 425). As Christopher Crosman described it in 2005, "Saltwater Ice puts us at bird's-eye level on a precarious ice floe with not a trace of land and a breaking wave threatening to wash over the temporary refuge." Stylistically, while the hyper-realism of the birds recalls Andrew Wyeth's precise scientific observations, the shining emeralld-green of the tormented see in the background certainly hints at N.C. Wyeth's jewel-like tones, thus making the piece an exemplary Wyeth creation. Gulls and especially ravens have always been a fixture in Jamie Wyeth's oeuvre; and it is not hard to guess why as the ominous birds channel much of the eeriness, sometimes horror associated with gothic tales and mysterious stories Wyeth is so enamored with. Here, Wyeth sets the spectator close to the two black ravens, and willingly make us feel ill at ease. The dizziness comes from the proximity to the raptors, and their potential threat, but also from the precocity of our own situation, standing on a floating block of ice, victim to waves, wind and cold. As Crosman summarizes, we are left with "the uncomfortable realization that birds, though not mere human beings, can simply fly away in the face of disaster." In doing so, Wyeth reminds us that ravens are the only true, original inhabitants of Maine and that when walking on the mystical land, the Wyeth-adopted country, one must always be on the alert…

Please note the present Lot has been requested for inclusion in the Brandywine River Museum of Art's forthcoming 2024 exhibition, "Jamie Wyeth: Unsettled."